What Giants fans should look for in final preseason game

Chad Wheeler is in odd spot as Giants camp rolls on

The ex-girlfriend of former Seattle Seahawks player Chad Wheeler has spoken out about the domestic assault she said she endured, CBS This Morning announced Tuesday.

Alleah Taylor spoke to CBS national correspondent Jericka Duncan in a sit down interview, set to air Wednesday morning, and described the moment she locked herself in a bathroom to escape the offensive lineman’s violent attack.

“I had touched my face and I looked down and there was blood on my hand and I remember getting up and running to the bathroom,” Taylor said between tears.

“Chad was standing by the bed, by the doorway and he was sipping his smoothie and was like ‘wow you’re still alive?’”

In the early morning hours of Saturday January 23, Wheeler, who played for the Giants from 2017 to 2019, was arrested by the Kent Police Department outside of Seattle after Taylor called 911 to say he’d choked her unconscious and she was being “killed.”

Taylor, who also suffered a dislocated arm and was bleeding, claimed Wheeler was surprised when she regained consciousness after the alleged attack, saying nonchalantly “Wow you’re alive?”

Taylor told CBS about Wheeler’s apparent cold and detached demeanor following the assault, which allegedly occurred after the football star asked her to bow to him and when she refused, he threw her on a bed and strangled her.

“I was able to run to the bathroom, he went back into the living room to continue eating. I had texted his dad too and told him that Chad was trying to kill me, Chad’s dad called him while he was eating and while I was in the bathroom and he answered and he didn’t have any worry at all,” Taylor recounted.

“Chad was like ‘I’m just eating dinner, nothing’s going on and that, that terrified me.”

Wheeler spent two nights in jail before getting released on bail the following Monday. The initial police report states he’d been taking medication for bi-polar disorder but had recently stopped taking it. 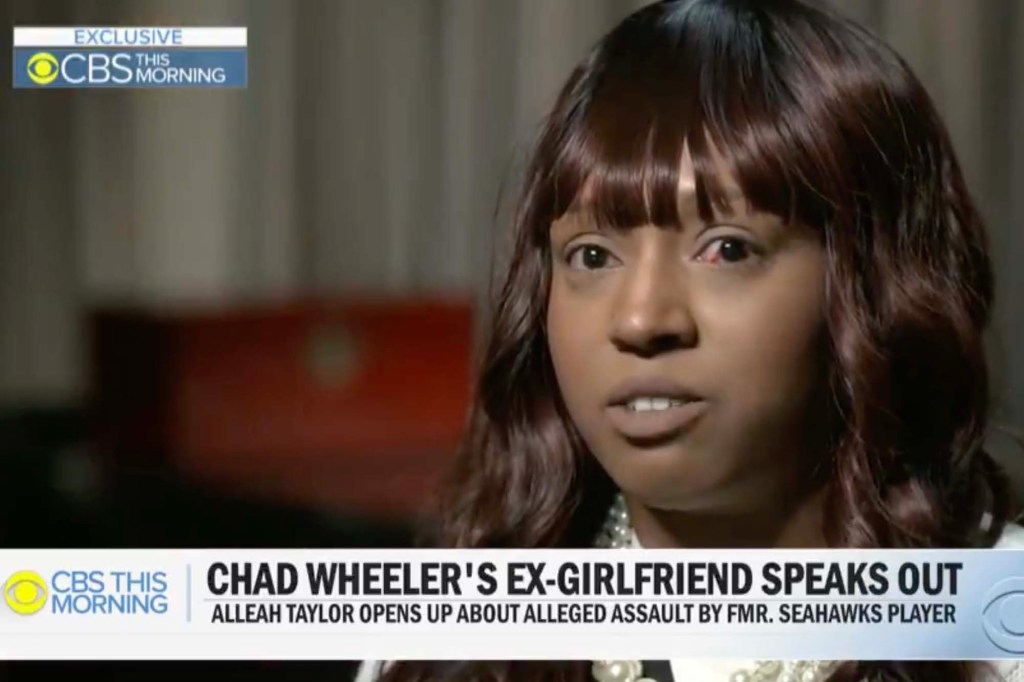 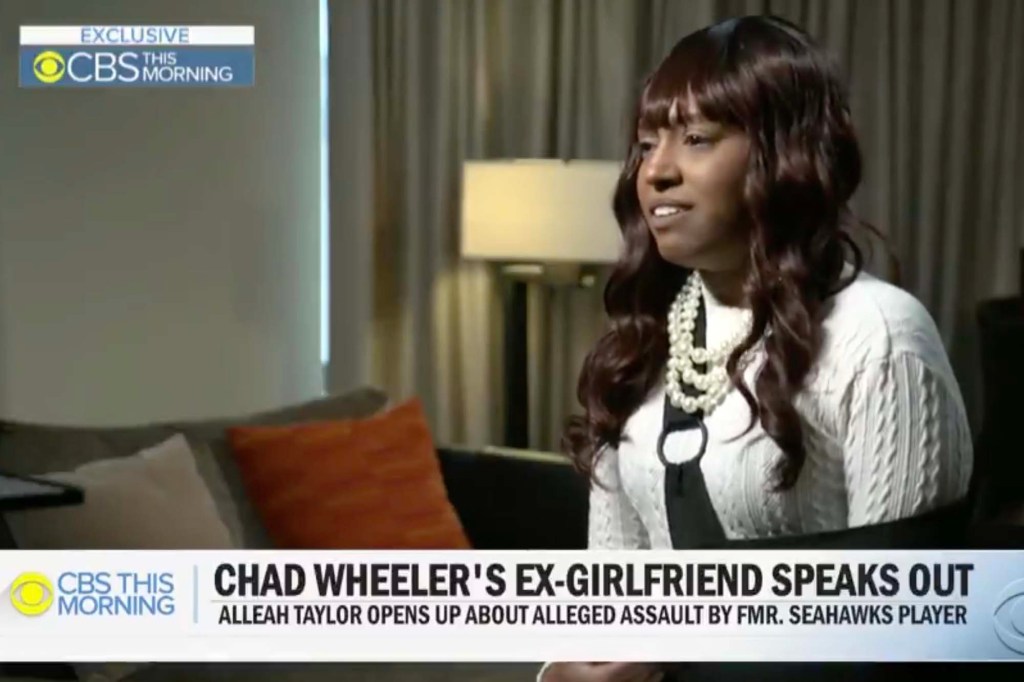