CHELSEA are reportedly in talks to sign Lyon ace Sakina Karchaoui who is set to leave the French outfit in the next few weeks.

The Blues are said to be keen admirers of the left-back and have already began to have "positive" talks with her. 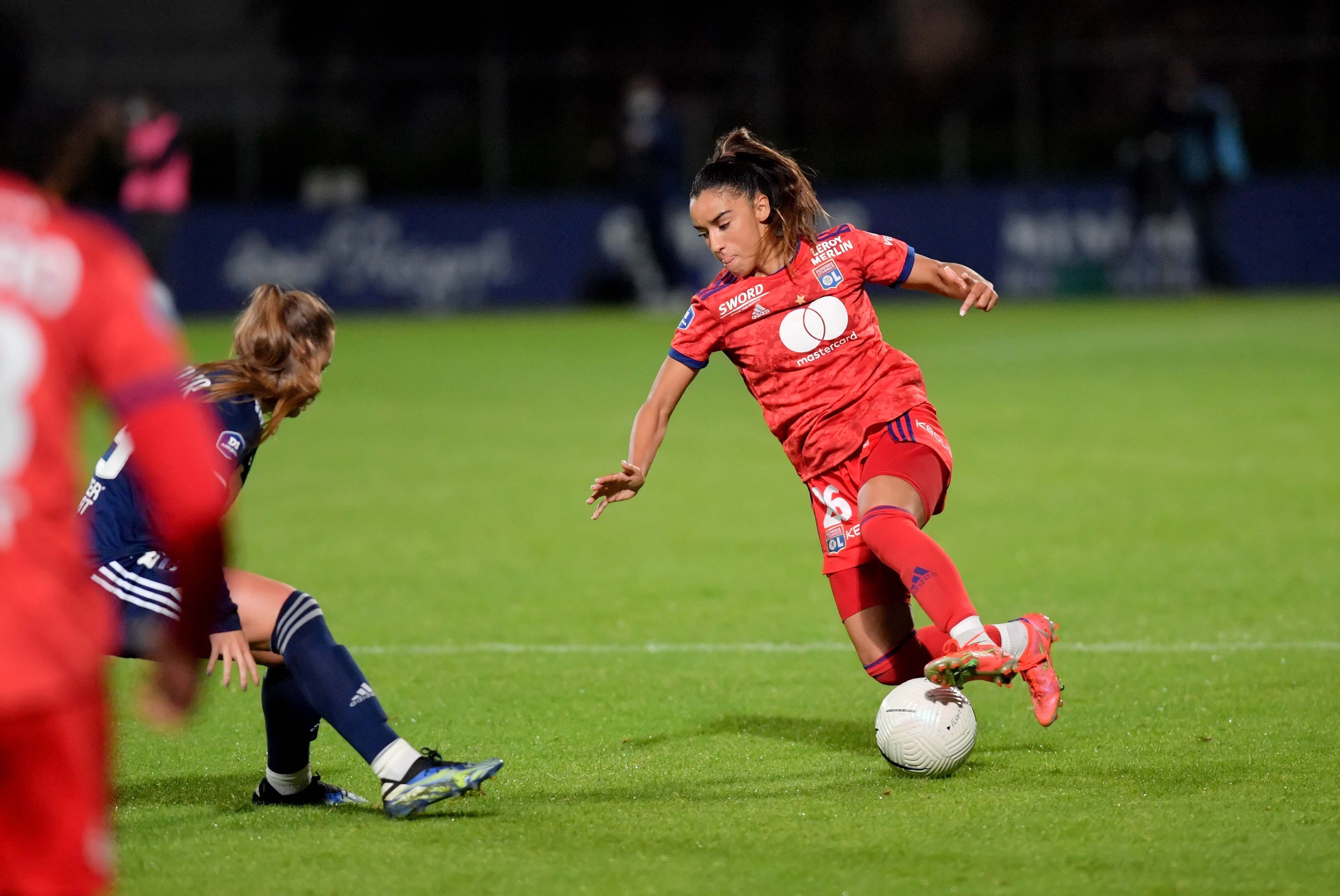 On Twitter, RMC journalist Loic Tanzi, wrote: "Chelsea really like the profile of Sakina Karchaoui who could leave OL in the coming weeks.

"Discussions with the London club are deemed positive."

His claims were echoed by News In 24, who reported that Karchaoui was on her way out of Lyon due to a contract row.

The French giants, who lost their Division 1 crown of 14 years to rivals PSG on the weekend, reckon Karchaoui's wage demands are too high.

Emma Hayes' side are set to face stiff competition from PSG and Champions League winners Barcelona for her signature.

The Blues have been linked with Karchaoui, who played 18 of Lyon’s 22 domestic games this season for a few years.

Last season, it was reported that she was en route to Chelsea but opted for a move to Lyon in the end.

The ex-Montpellier star even wished the Blues good luck ahead of their Champions League quarter final game against Wolfsburg in 2018. 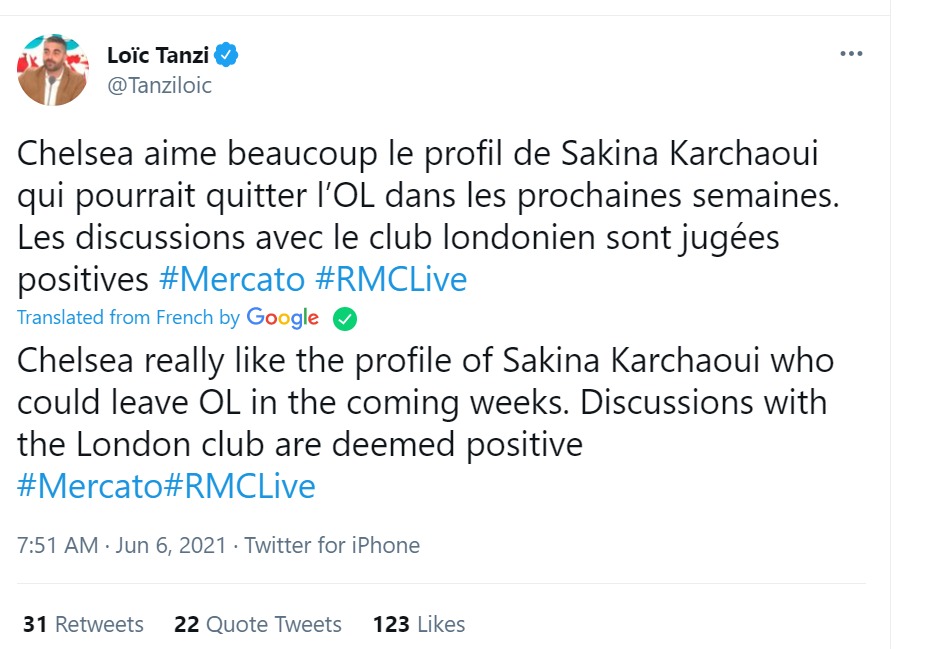 Karchaoui had responded to pundit Alex Scott's tweet praising Chelsea and claiming that she was en route to becoming one of the best full backs in the game.

Scott wrote: "Impressive from Chelsea tonight and great that 2 teams are through to the @UWCL semi final.

"What a player @SakinaKarchaoui is! going to be one of the best full backs in the women's game! One to watch at next years World Cup!!"

And Karchaoui replied: "Thank you very much it's nice, good luck to Chelsea," with a wink.

If the rumours prove true, Karchaoui will be a welcome addition to Hayes' side.

Hayes is eager to bolster her defence after they were run riot by Barca's attack in the Champions League final.

Karchaoui was named the top young player in the French Division 1 in 2017.

She also won a World Cup Under-17 winner medal with France in 2012. 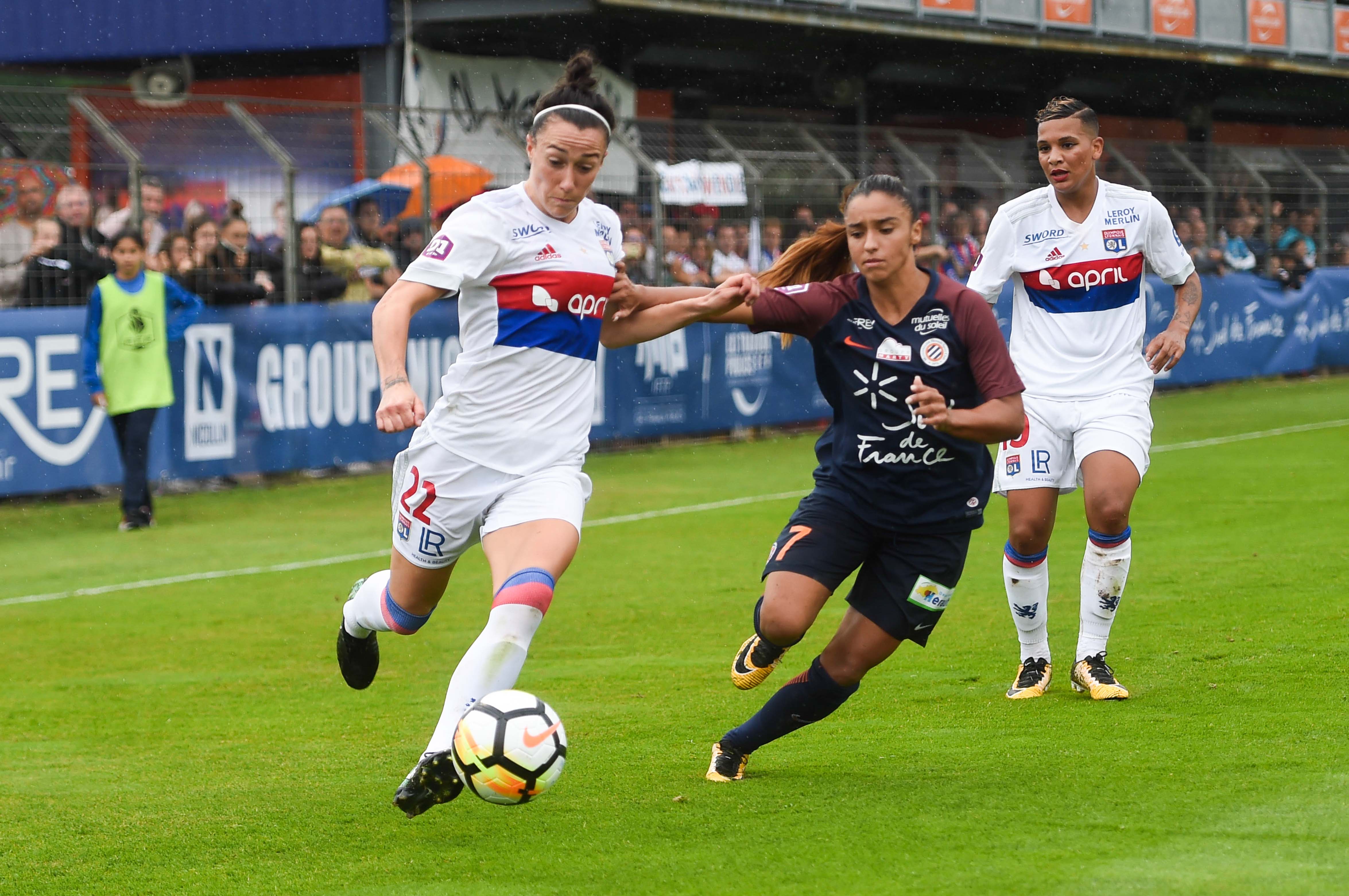