CHELSEA ripped into Tottenham after a billboard of Jose Mourinho was put up near Stamford Bridge.

Amazon Prime Video decided to taunt the Blues with their latest advertising campaign for the new Spurs documentary. 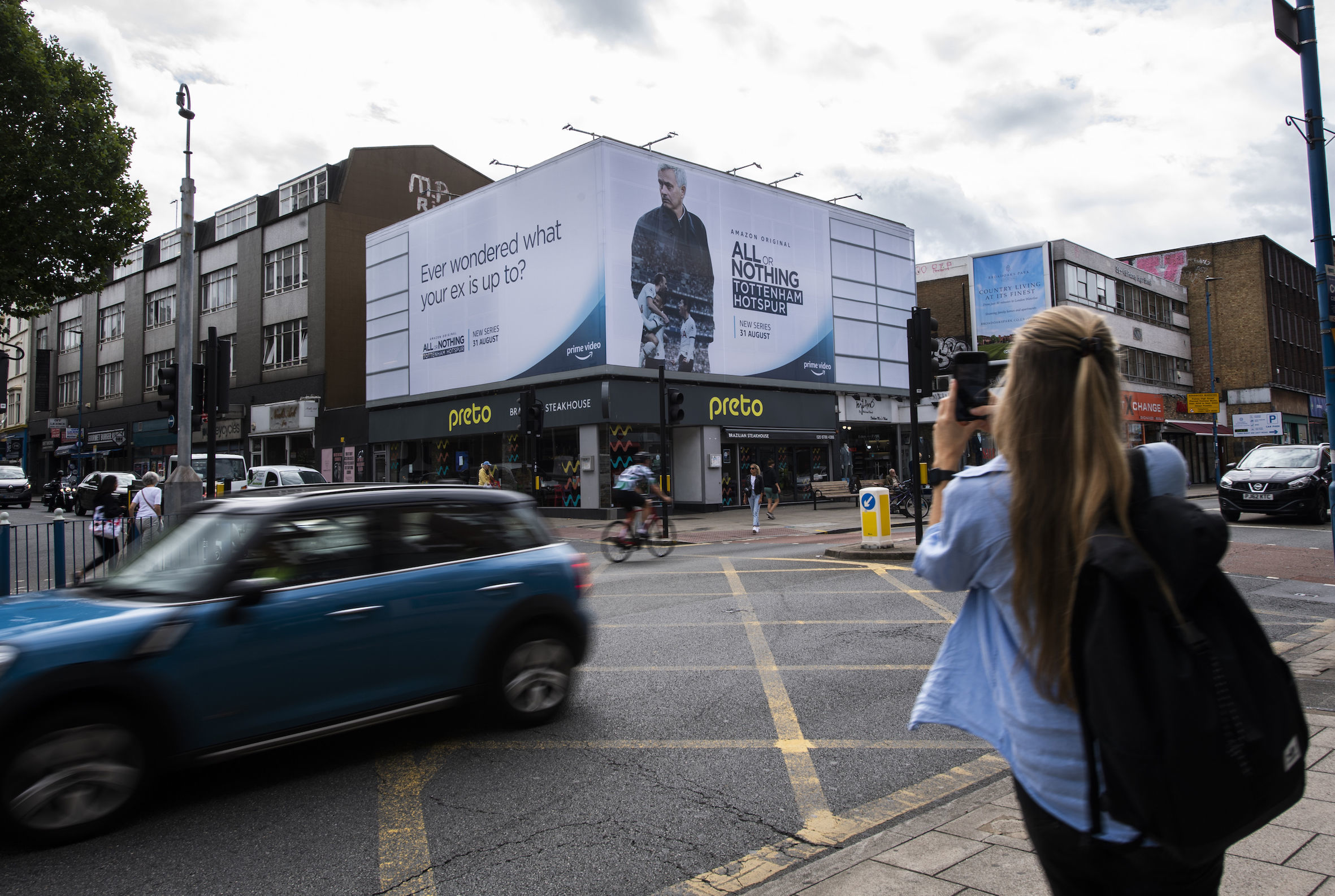 A billboard of the former Chelsea manager has been erected in Putney High Street, London.

The eight-part series will give fans a behind-the-scenes look at Tottenham's season.

And in a blatant dig at Chelsea fans, the billboard reads: "Ever wondered what your ex is up to?"

After seeing the 57-year-old referred to as their "ex", the Blues decided to hit back in spectacular fashion.

A statement on the club's website read: "Billed as an eight-part series which provides a 'behind-the-scenes look at an eventful 2019/20 season for Spurs', the show could actually appeal for Blues fans given how the season went for our London rivals.

"During the course of the campaign, they dismissed manager Mauricio Pochettino and replaced him with Mourinho, lost twice in the Premier League to Chelsea and finished sixth to miss out on Champions League qualification."

The highly-anticipated "All or Nothing" series is set to be launched on August 31.

Mourinho's first moments as the Tottenham manager were also caught on the camera.

Fans will also be watch Son Heung-min's reaction after he was sent off against Chelsea.