Conor McGregor has called on the UFC to sign one of the UK’s biggest stars currently fighting outside of the organisation, Brendan Loughnane.

Loughnane enjoyed the biggest night of his professional career on Friday as he faced off against Bubba Jenkins for the Professional Fighters League’s Featherweight World Championship.

The Mancunian striker overcame early adversity to overwhelm the accomplished amateur wrestler with a fourth-round stoppage, collecting the to the PFL title, and the accompanying $1million prize, in the process. 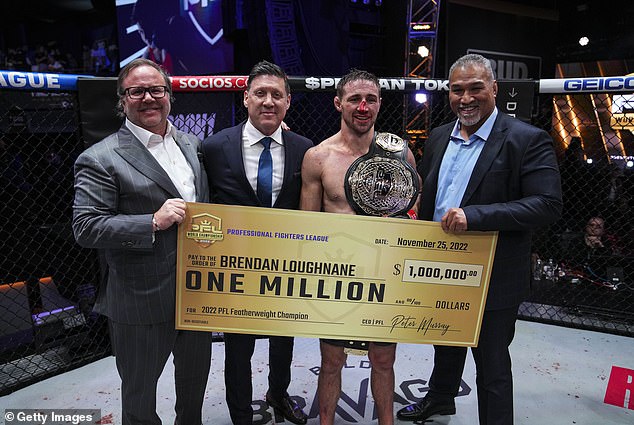 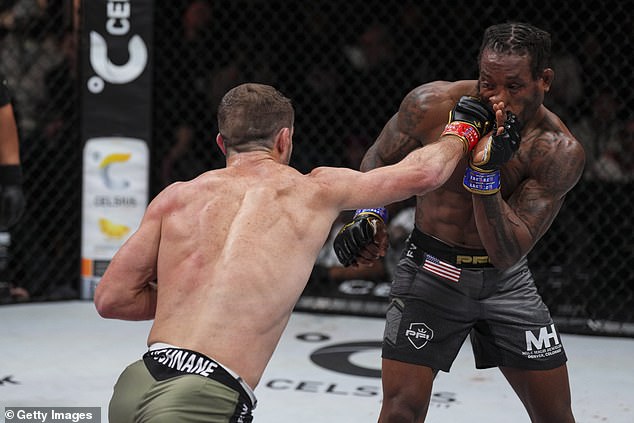 However, Loughnane’s next fight may be inside the Octagon after McGregor took to Twitter to call upon the UFC to sign him.

‘UFC, sign Brendan Loughnane. Exciting fighter. A back story with the company. And of the European side. A money in the bank uk/Europe signing. Congrats on the win @BrendanMMA’

Should the UFC make a move to sign Loughnane, it wouldn’t be the first time that the 32-year-old has graced the Octagon.

Loughnane’s first taste of the world’s largest mixed martial arts promotion came when he was cast a member of Team UK on The Ultimate Fighter ‘Smashes’ season in 2012, competing against an Australian team that featured future UFC champion Robert Whittaker.

After being eliminated by eventual winner Norman Parke during the series, Loughnane faced off against Mike Wilkinson in the finale, making his UFC debut, and suffering his first career loss as a professional by unanimous decision.

Loughane went on to spend nearly seven years outside the promotion before getting another opportunity to earn a UFC contract through Dana White’s Contender Series in 2019.

However, despite defeating his opponent Bill Algeo by unanimous decision, White would ultimately decide against offering the featherweight a contract because he had secured a takedown late in the fight. 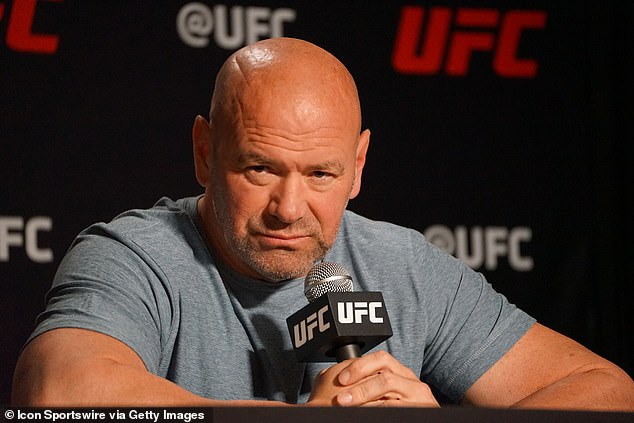 Dana White controversially elected not to sign Loughnane in 2019, and later doubled down on his comments

Despite backlash from both fans, and members of the media over his decision, White controversially defended not signing Loughnane.

‘Somebody else can pick him up, and according to the people who are complaining about it, it must be a big score. So, go for it.’

Now with a world title under his belt, and support of the sport’s biggest star on his side, Loughnane may well have done enough to convince the notoriously headstrong UFC president to rethink his decision.