CONOR MCGREGOR has most certainly been making the most of the Los Angeles scene – despite having a broken leg.

The MMA superstar broke his left tibia and fibula last month in his UFC 264 trilogy fight with Dustin Poirier, which he lost via first-round TKO. 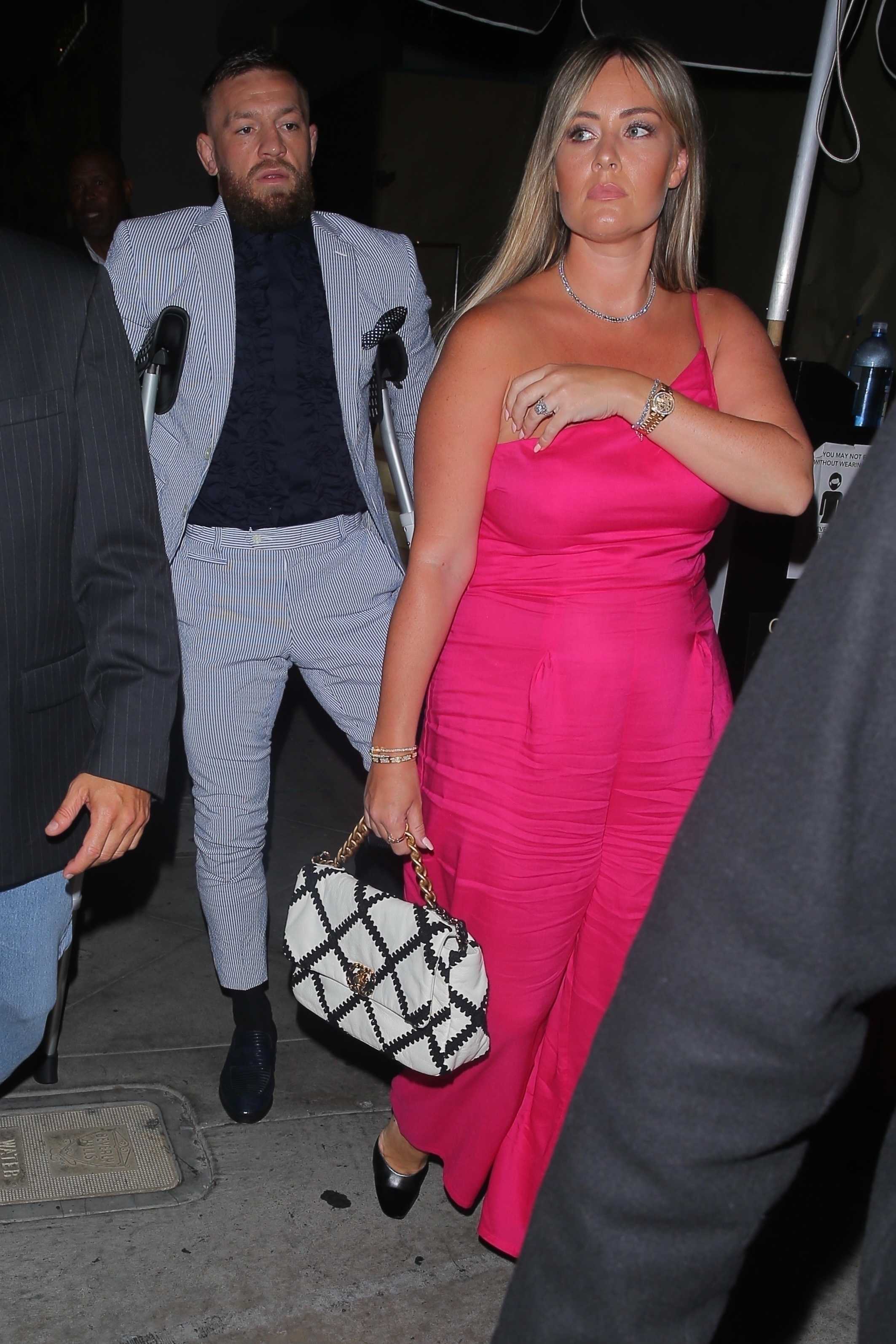 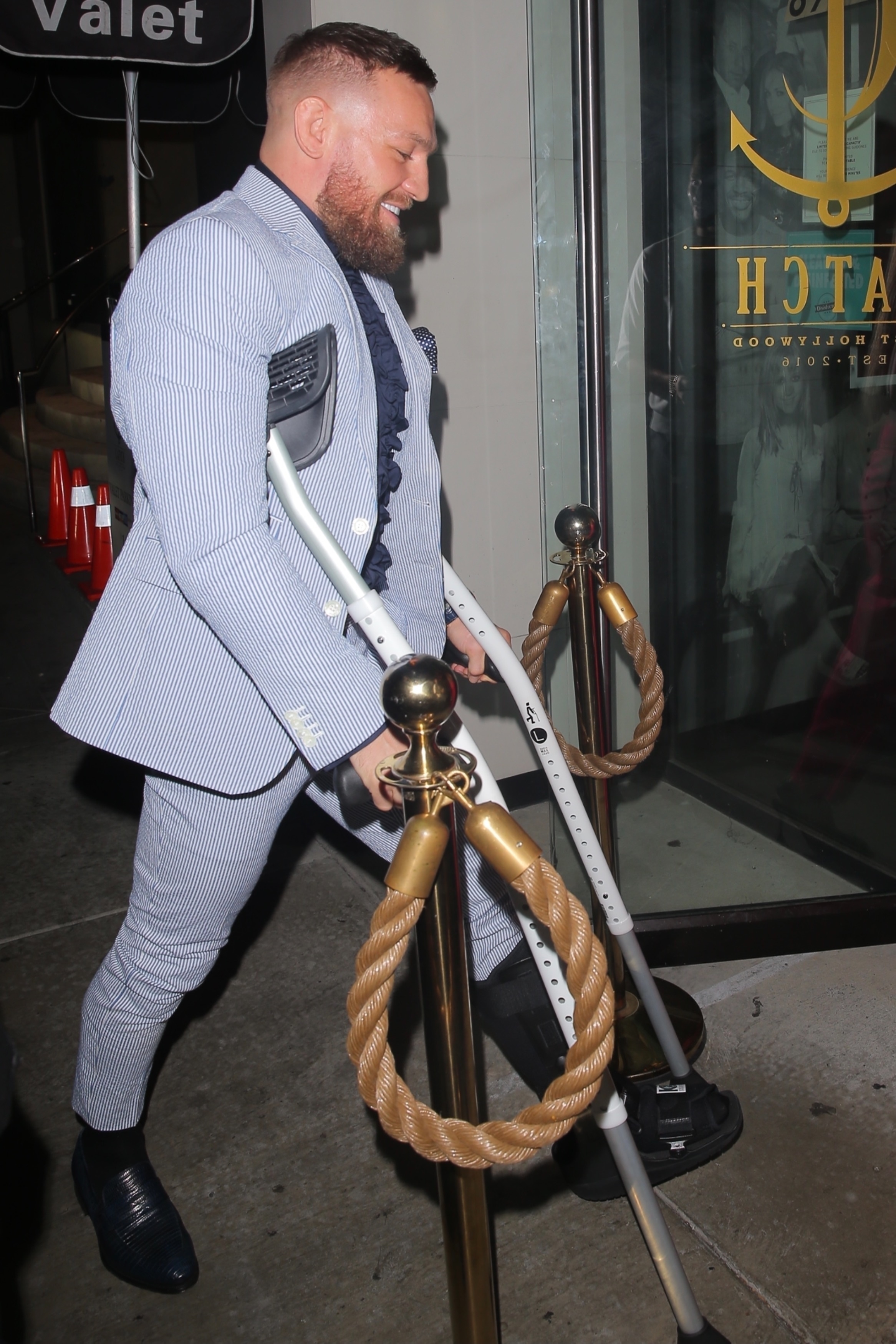 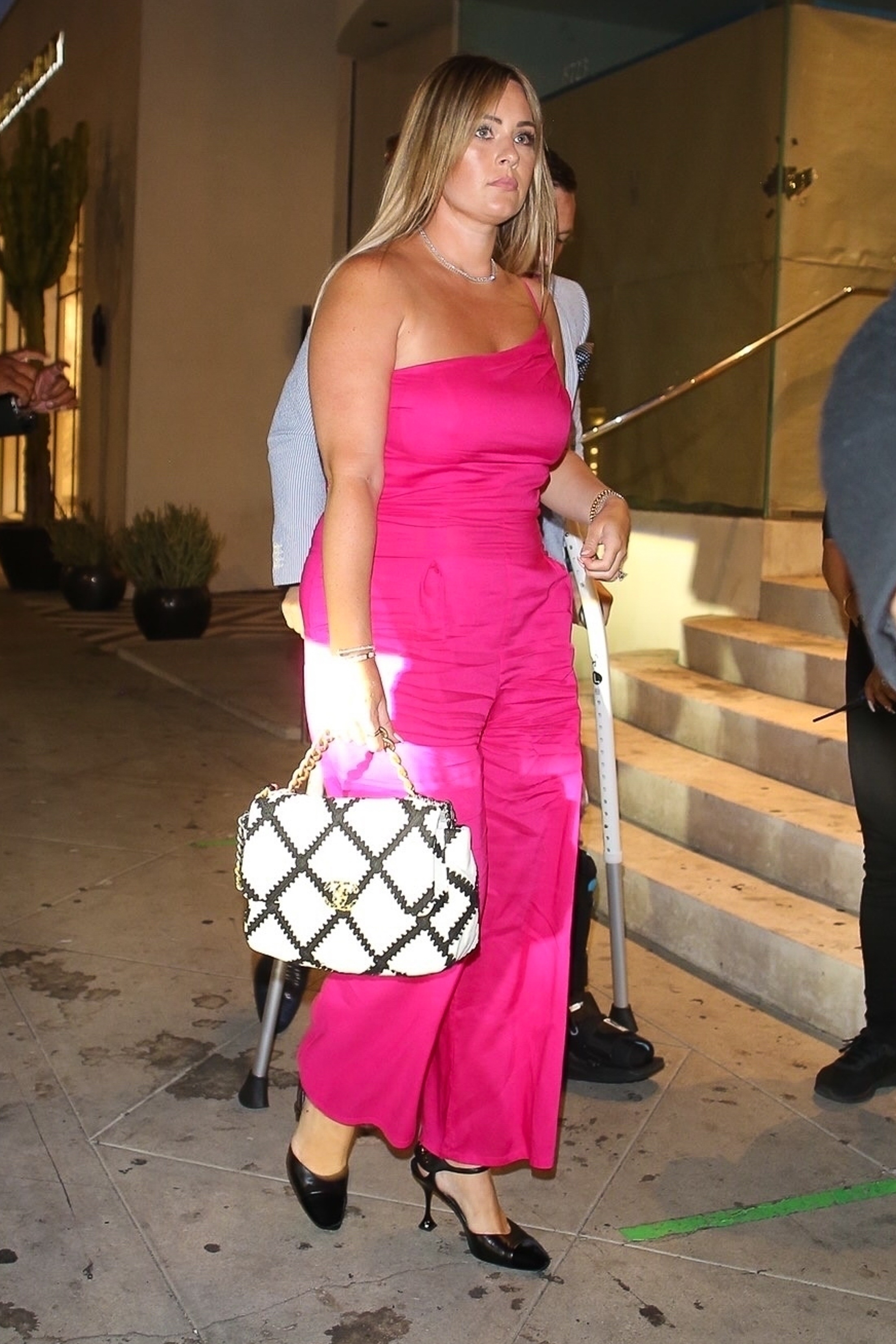 McGregor, 33, has made LA his home away from home as he recovers from the gruesome break and has been enjoying several of the city's plush restaurants.

And the Irishman recently enjoyed a spot of dinner with his fiancee Dee Devlin at the luxury Catch restaurant, which is known for its famous clientele.

McGregor was spotted arriving at the restaurant wearing a cool-looking grey suit and his recovery boot, which matched the colour of his shirt.

The UFC star was on crutches but cracked a smile for the array of paparazzi outside.

Devlin, meanwhile, looked radiant in a bright pink dress, which she accompanied with an expensive-looking handbag.

McGregor is set to be on the sidelines for the next year, although UFC president Dana White recently revealed he expects the former two-division champion to resume full training in April.

During an appearance on The Pat McAfee Show, White said: "As far as I'm concerned, Conor is out for a year.

I was injured going into the fight

"The doctor said it will be nine months before he starts training again, we're looking at it as a year.

"I'm not even thinking about it."

The cause of McGregor's leg break has yet to be officially determined, although his head coach believes his shin shattered when Poirier blocked a left body kick with his elbow.

But The Notorious claims he went into the Sin City series decider with 'multiple stress fractures' in his leg.

In a six-minute-long Instagram video, the UFC's poster boy said: "The leg is better than ever.

"I was injured going into the fight. People are asking me, ‘When was the leg broke?

"At what point did the leg break?’ Ask Dana White, ask the UFC, ask Dr. Davidson, the head doctor of the UFC.

"They knew, I had stress fractures in my leg going into that cage.

“There was debate about pulling the thing out because I was sparring without shin pads and I would kick the knee a few times.

"So I had multiple stress fractures in the shin bone above the ankle and then I have trouble with the ankle anyway throughout the years of f***ing fighting all the time."