CONOR McGREGOR will be out for a YEAR after his horror leg break, confirmed UFC president Dana White.

McGregor broke his tibia with seconds left of his trilogy bout with Dustin Poirier at UFC 264. 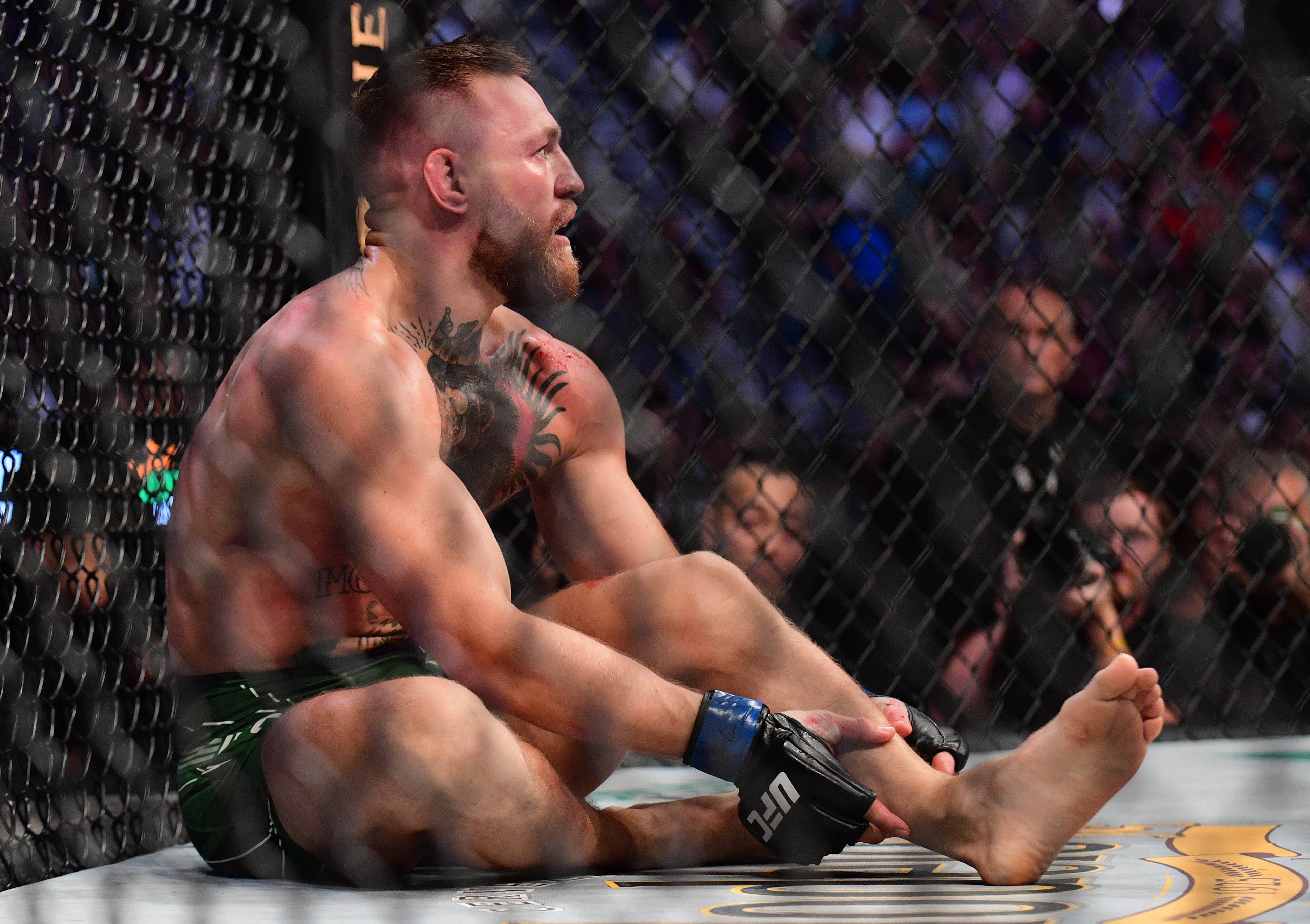 As a result, he lost by doctor stoppage and has since undergone successful surgery in Los Angeles.

McGregor will now be on crutches for the next six weeks while serving a six-month medical suspension.

But White warned it will be another half year until he returns after the ban expires.

He told Fox News: “It’s going to take him a year to recover from this one before he can come back, so I don’t know.

“We’ll see. The fight game is a tough game and the kid has cemented a massive legacy for himself and made a lot of money.

"We’ll see how the rest of his career plays out.”

And after the unprecedented ending to their trilogy bout, the lightweight rivals have opened the door to a FOURTH fight against each other.

McGregor revealed he was injured heading into his trilogy and released pictures of legs taped up during training.

And White backed up claims that the former two-weight champion was hindered by a problem with his ankles.

The promoter said: “He’s had ankle issues for the last couple of years.

“He had asked if he could tape his ankles coming into this fight and he got clearance to do it from the Nevada State Athletic Commission and then he opted not to tape them.

"I don’t know why. He has chronic arthritis in his ankles.”