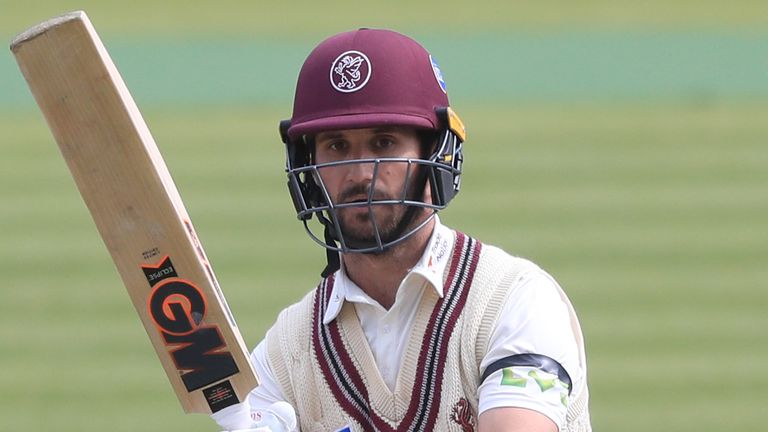 Somerset eked out a thrilling four-wicket win over Middlesex in their LV= County Championship opener at Lord’s, with George Bartlett and Lewis Gregory sharing in a vital, unbroken 98-run stand.

Left with a target of 285 after bowling out their hosts for 143 in their second innings, Somerset resumed day four on 112-3, with captain Tom Abell unbeaten on 62 and Bartlett new to the crease.

The pair added a further 51 runs to the score to see the visitors well placed before Ethan Bamber’s double strike raised Middlesex hopes.

Bamber (3-77) picked up Abell (84) to a thin edge behind, and then dismissed Steven Davies lbw for a duck. Tim Murtagh (1-71) added Craig Overton (5), caught behind on the stroke of lunch, and Somerset were suddenly wobbling having lost three for 24.

But Gregory came in and countered with a match-winning contribution of 62, from just 72 balls, while Bartlett finished unbeaten on 76 as their near-century stand saw last year’s Bob Willis Trophy runners-up to victory in their 2021 season opener.

The win also immediately wipes out Somerset’s eight-point penalty imposed for breaches of pitch regulations carried over from 2019.

Staying in Group 2, Hampshire took just 30 minutes to take the final two wickets they needed to complete a comprehensive innings victory over Leicestershire at Grace Road.

James Vince struck a sensational 231 off just 220 balls earlier in the game for Hampshire as they declared on 612-5 in their first innings – Tom Alsop (119) and Liam Dawson (152) also contributed with centuries. Leicestershire, in reply, were bowled out for 202 and then 305 following on.