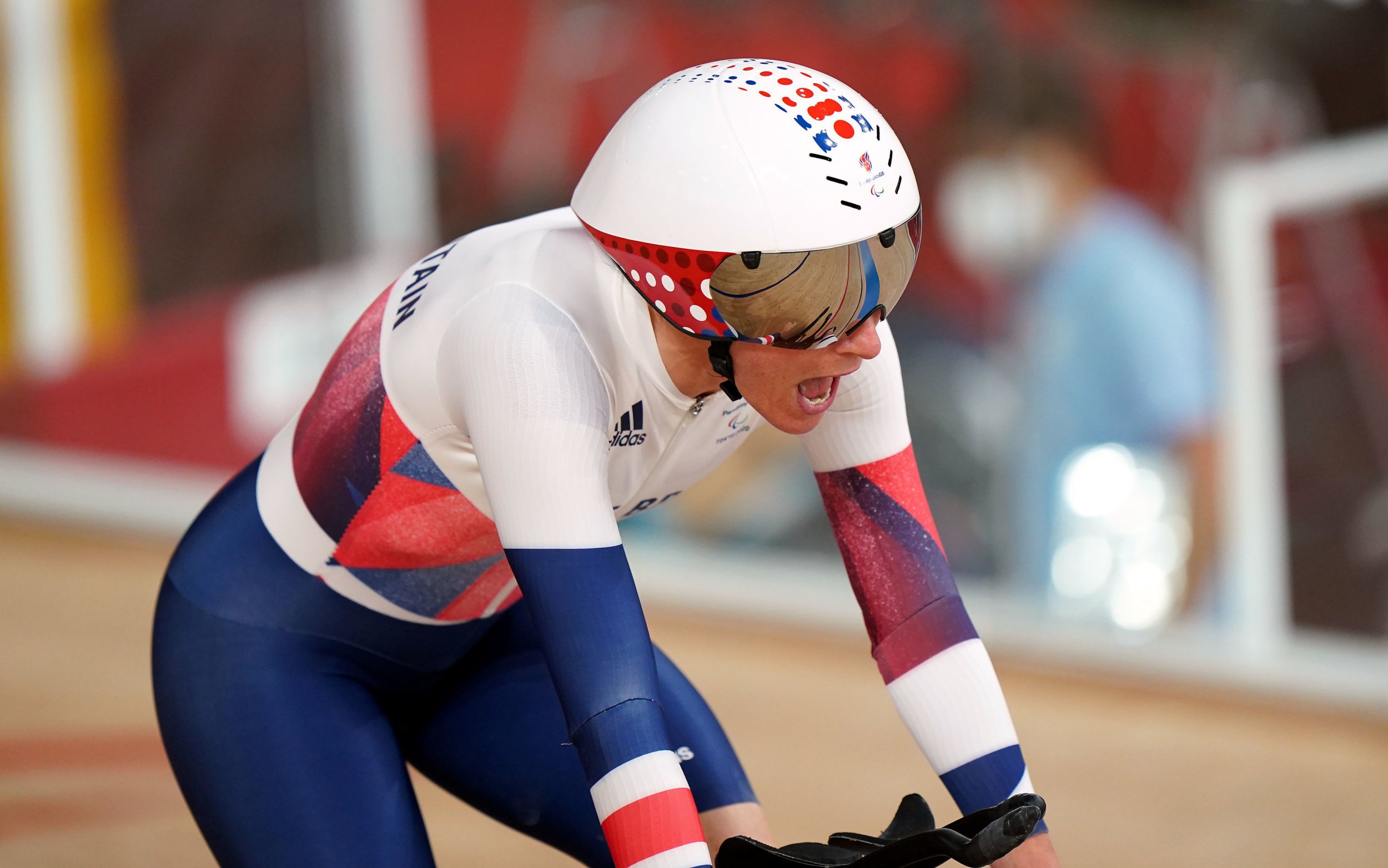 Sarah Storey claimed the 15th gold medal of her incredible Paralympics career after romping to victory in the final of the women’s C5 3000m individual pursuit.

The 43-year-old once again, in a repeat of the Rio 2016 final, got the better of her teammate Crystal Lane-Wright.

Storey continued her dominance of an event she has now won at four successive Games to take her career Paralympic gold medal haul to 15, one short of swimmer Mike Kenny’s British record.

The phenomenal Storey broke her own world record in the heats but did not need to repeat the trick in the deciding race at the Izu Velodrome as she remarkably caught Lane-Wright inside eight laps.

She will next week have a chance to surpass Kenny when she bids to retain her C5 time trial and C4-5 road race crowns.

Reacting to what was ultimately a convincing defeat against the incomparable Storey, Lane-Wright said: ‘I don’t think I’ve reached my full potential. I think I can keep getting better.

‘As much as I’m up against Sarah, it’s me against me. I can only control what I can do. To get such a good PB this morning, I’m so pleased.

[During the pandemic, it’s been so easy to become isolated and become self-centred so if there’s one person that watches this and thinks “I can do it” and that I’ve inspired them, that’s more than any medal I’ve ever won.

‘Paralympics sport is still in its infancy – please be inspired!’