HIS fighters may be some of the world's fittest athletes but UFC supremo Dana White isn't holding back when it comes to the calorie count.

White revealed his favourite meal is a mind-boggling 1,100 calorie combo of donuts and fried chicken which he calls ‘the best meal you’ll ever eat’. 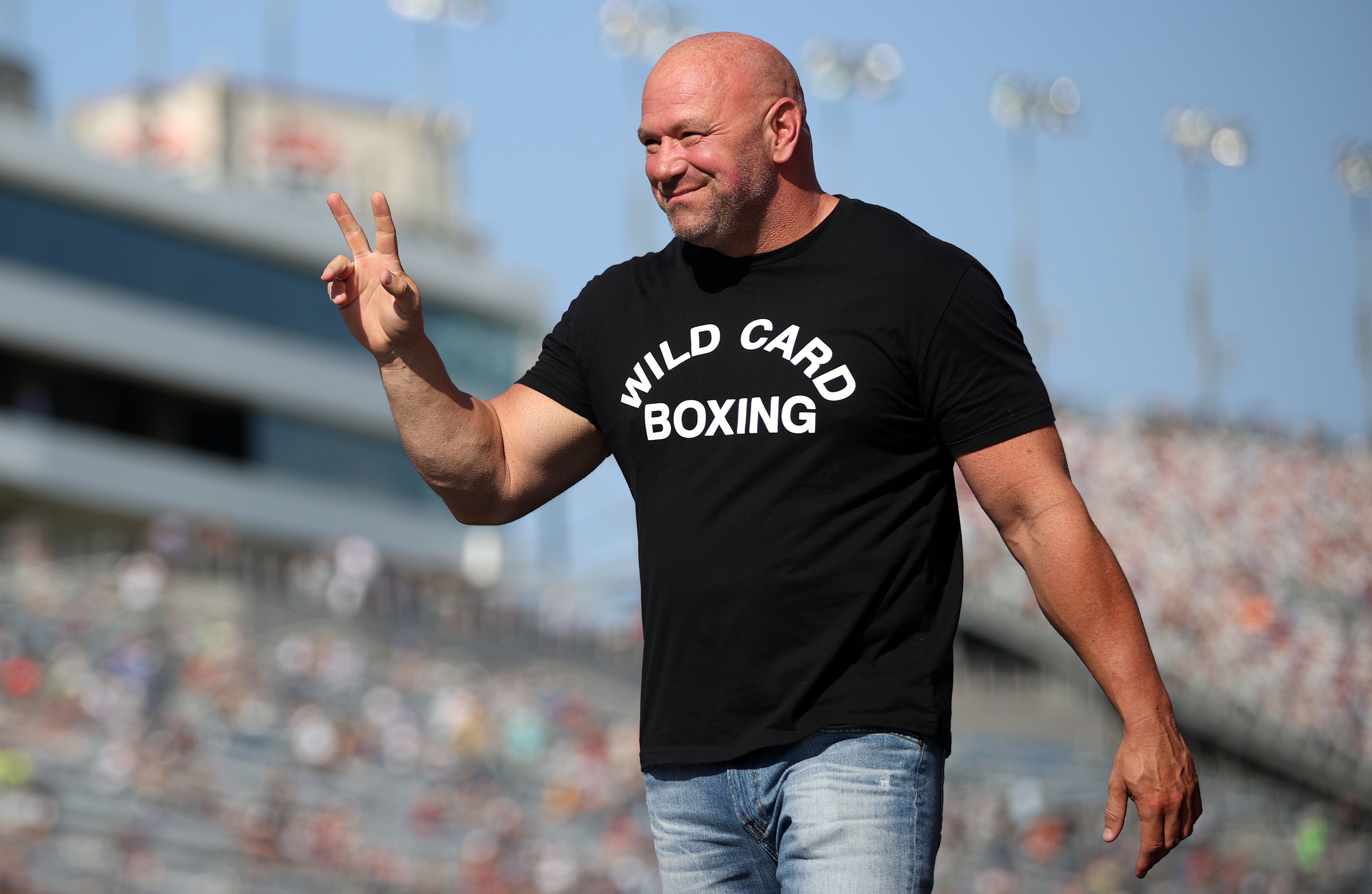 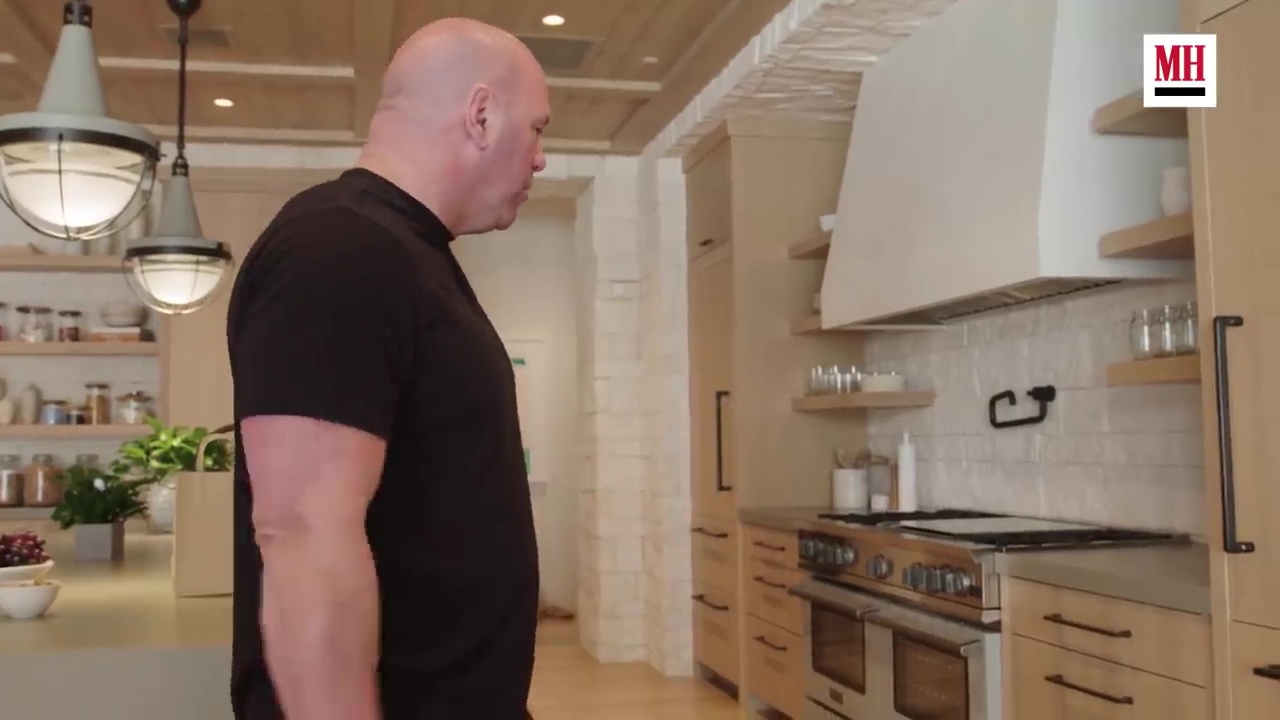 The 51-year-old made the admission after complaining that food in the canteen at UFC HQ is too healthy to satisfy his sweet tooth.

Instead, White gets his personal chef to cut a donut in half and use the two slices as ‘bread’ around a succulent piece of chicken to create his favourite gut-busting sandwich.

When asked about his favourite ‘cheat’ meal, White told Men’s Health: “Every day is cheat day for me.

“We have a restaurant at UFC headquarters and I’ll go in there every day, and I get p***ed off because the menu’s too healthy.

“(For the sandwich) the donuts are the bread with a piece of fried chicken in the middle. There’s some sauce that my chef puts on there.

“If you like fried chicken and you like donuts, it’s one of the best things you’ll ever eat.”

White’s greedy revelation came in an interview that saw him show off the state-of-the-art gym and boxing facilities he has installed in his giant home.

Moving through the house from gym to kitchen, White then opened fridges full of soft drinks and a whole freezer devoted to ice cream.

The multi-millionaire claimed he had a healthy childhood before discovering exercise allowed him to scoff more of what he enjoys.

He said: “I’m not one of those guys that eats healthy. The reason I work out is because I love food and I love to eat. 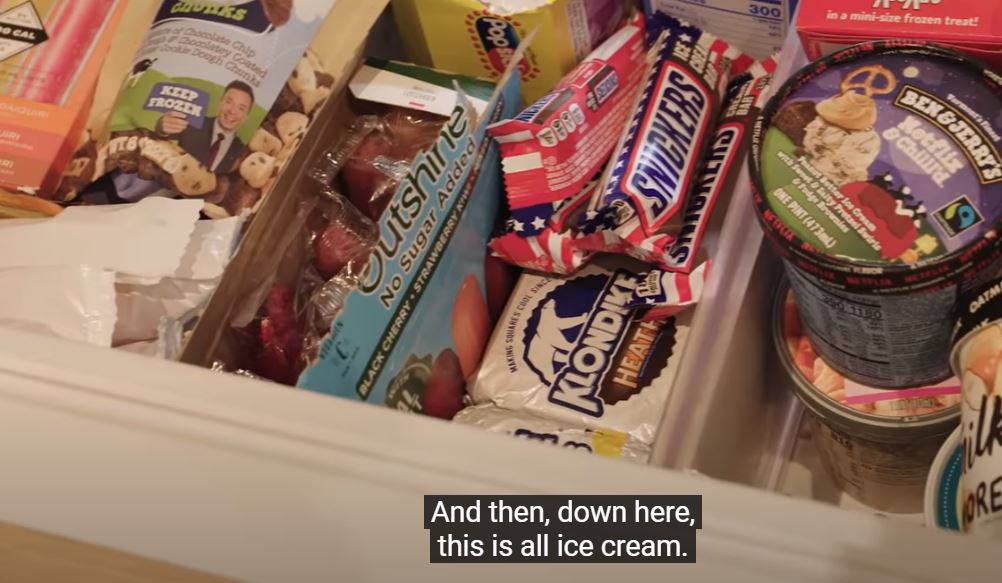 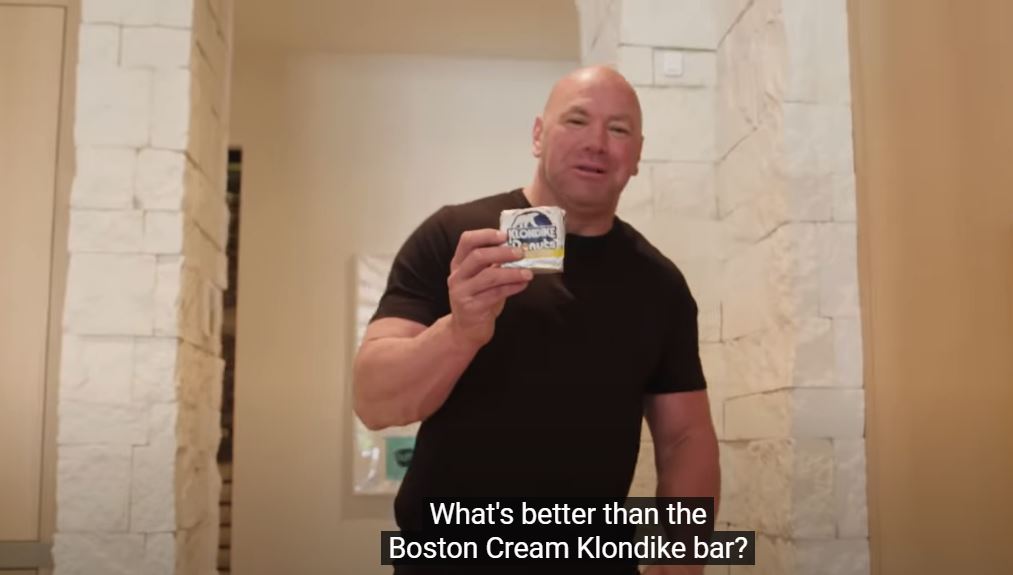 “When I grew up we had milk and water in the fridge, that was it – so I’m a bit of a weirdo when it comes to drinks.

“We have everything that you could imagine in here.

“And then this is all ice cream – what’s better than the Boston Cream Klondike bar? Nothing!”

In terms of calorie count, 1,100 is high but it's not astronomical – that's not much more than a couple of shop-bought sarnies.

What I'm more worried about is the quality of what he's eating and how often he’s eating it.

As a meal it's far too high in fat and there’s clearly no sign of greens or other veg, so it's likely to be low in many vitamins.

Most doctors would agree a treat like that is inadvisable for someone in their 50s – particularly if they’re making a habit of eating it.

In fact, we know things like heart disease start much earlier in life, so this kind of fare has no place in a healthy diet for anyone of any age.