HARTLEPOOL’S winning return to the Football League against Crawley on Saturday ended five years of hurt for David Ferguson.

The full-back was captain of the Blackpool team relegated from League One in 2016 but was released with the club in financial meltdown. 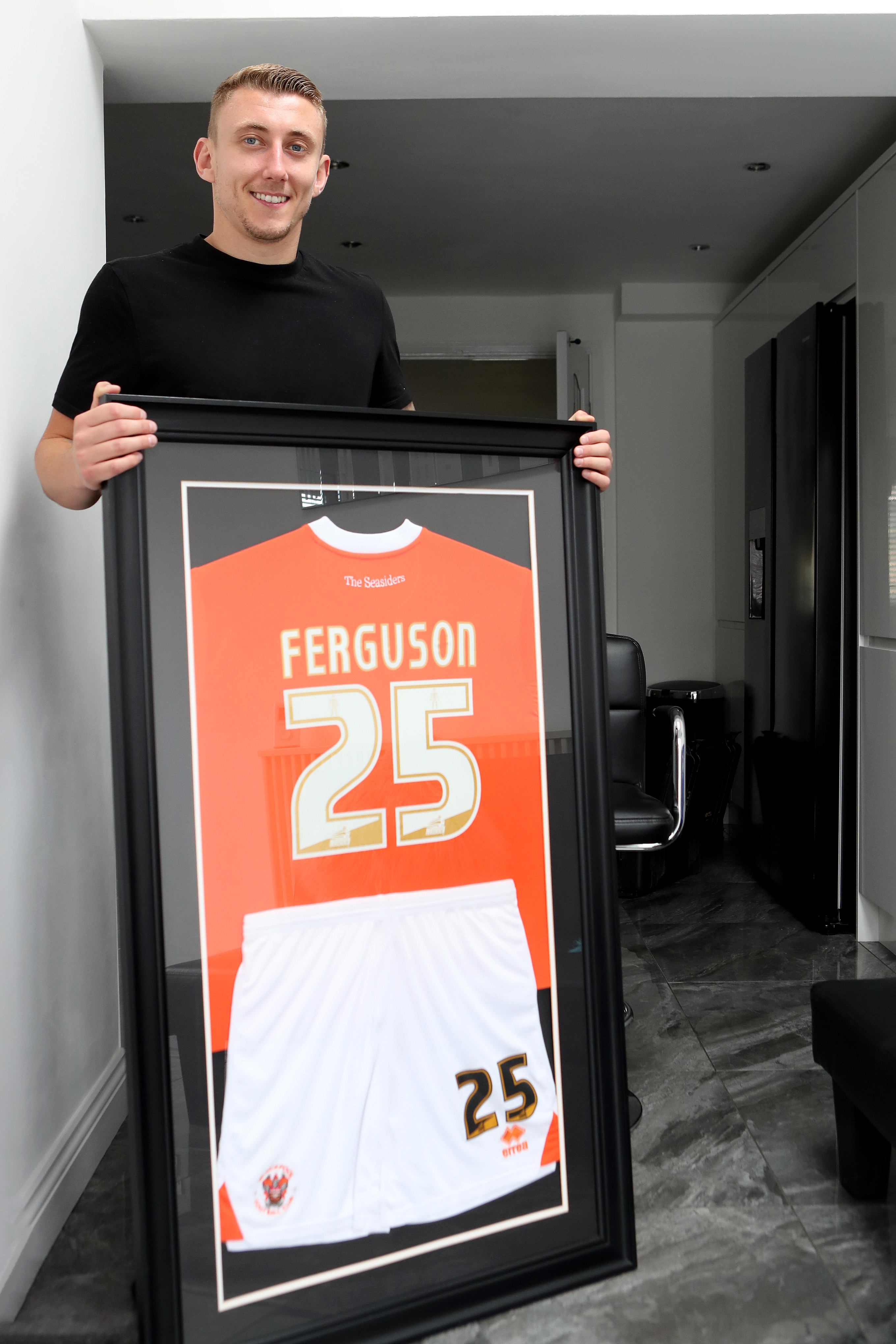 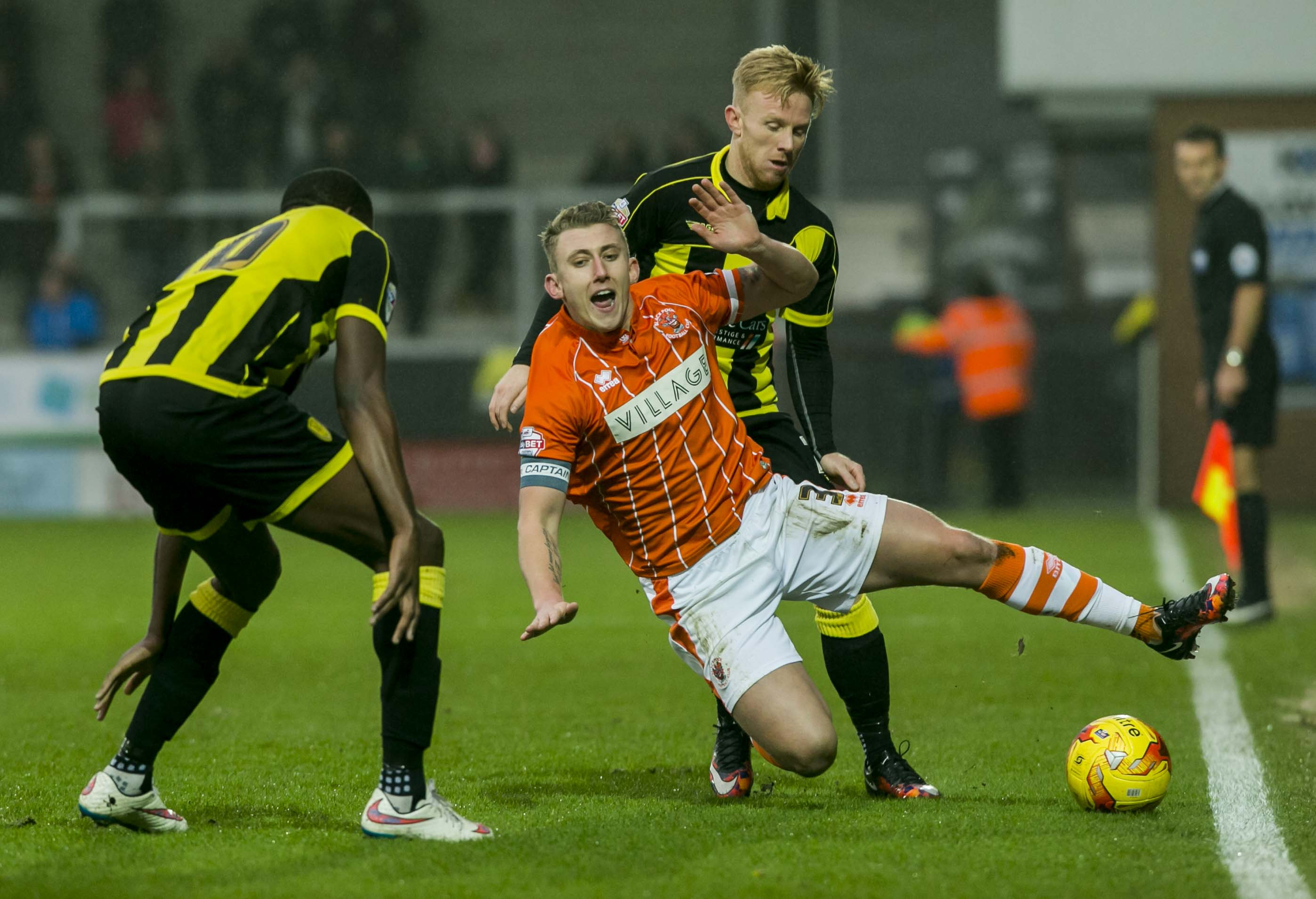 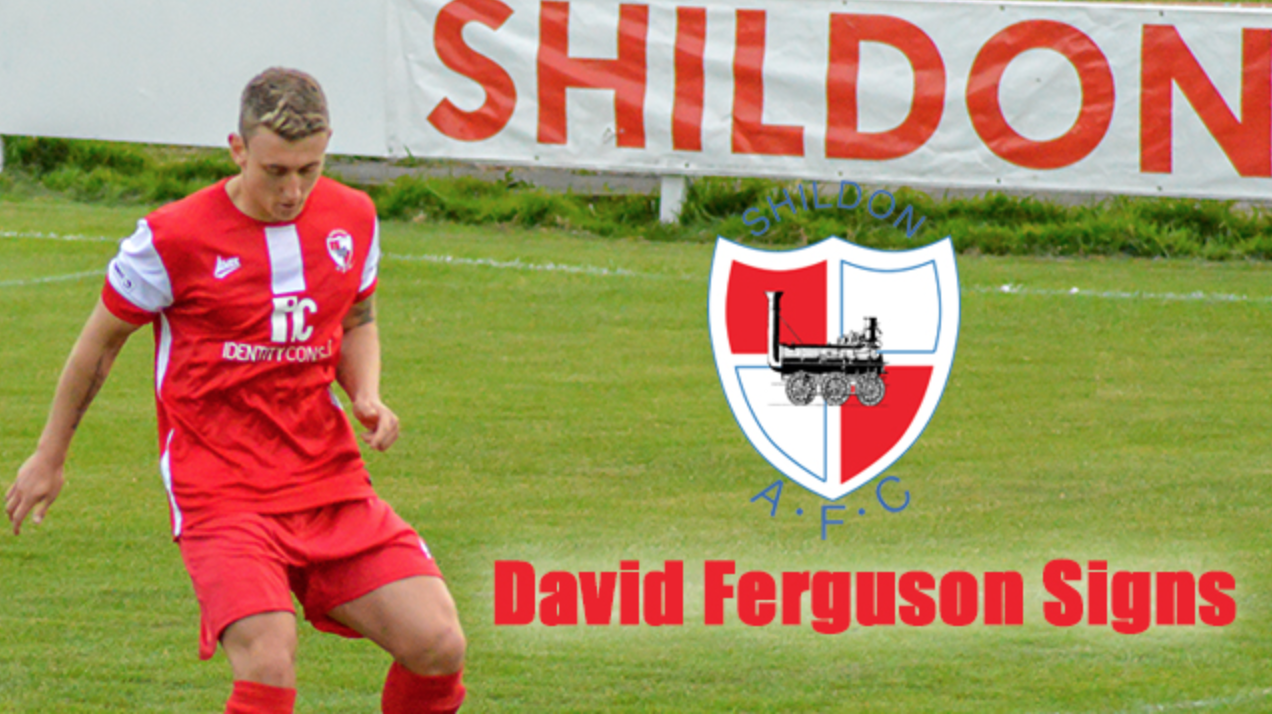 Yet despite making 32 appearances that season – on the back of ten outings the previous campaign in the Championship – Ferguson found himself turning out for Shildon in the NINTH tier.

He considered quitting but stuck at it, and after spells with Darlington, York and Hartlepool is now back in the Football League.

It is remarkable a 22-year-old deemed good enough to captain a League One side suddenly found himself slumming it in the lower reaches of non-league.

And Ferguson told SunSport he feels let down by his former agent Wes Saunders, who used to look after Paul Gascoigne.

He said: “I had people ringing me saying, ‘This club will take you’.

"I had League Two managers in contact but told them my agent was sorting things. As a player, I thought I’d let him deal with it.

“There were players who had only played four or five matches that season who were getting League Two clubs.

"I had played all those games in League One as captain and he couldn’t even find me a National League team!

“So when it got to August, I needed to play games somewhere and Shildon was only half an hour away.

“Funnily enough, my former agent told me to just go there and play. When I joined Shildon, I didn’t speak to him again.”

Ferguson claims he later discovered many clubs did not know he was available, which left him wishing he had done the leg-work himself.

He said: “I got introduced to my current agent, Mark McTafferty, through the Shildon chairman Darren Dent.

“Mark looked at my CV and couldn’t believe why I had dropped down so low.

“So he spoke to clubs like Bradford and asked, ‘Do you remember the Blackpool captain?’

“They did but had no idea I was at Shildon and, of course, clubs by that stage have sorted their squads.

“The problem in football is when you drop out like that, it’s hard to get back.

“People might have thought, ‘Is he a bad egg? Is there something he did wrong?’.”

Ferguson moved up three divisions after six months by joining National League North side Darlington and ended the season getting capped by England C, the national non-league team.

He had three seasons at York in the same division and it was while there he contemplated quitting. Ferguson said: “There have been bumps along the road but during my second season at York I had a spell where I wasn’t playing well.

“I was travelling from my home in Sunderland, wasn’t enjoying it and thought, ‘Shall I just go part-time and find another job?’. But I came back the following season and was flying.”

Because of the coronavirus pandemic, despite York topping National League North with eight games left, they were pipped on the points-per-game system for the title and promotion by King’s Lynn, who were four points behind but had two games in hand.

He clocked 39 starts and was named in the National League Team of the Season as the club won promotion.

Ferguson added: “The whole experience of dropping down and climbing back has made me a much better person.

"I loved my six months at Shildon, getting to know lads who worked for a living and played football for fun, getting an extra bit of cash in their hands. Darlo and York were great, too, all top lads.

“I’d tell anyone who drops out of the EFL, ‘Keep working, keep enjoying your football and don’t look too far ahead’.

“And make sure you get a good agent. The one I have now answers my call, even when I ring him at 11pm on a Sunday night!” 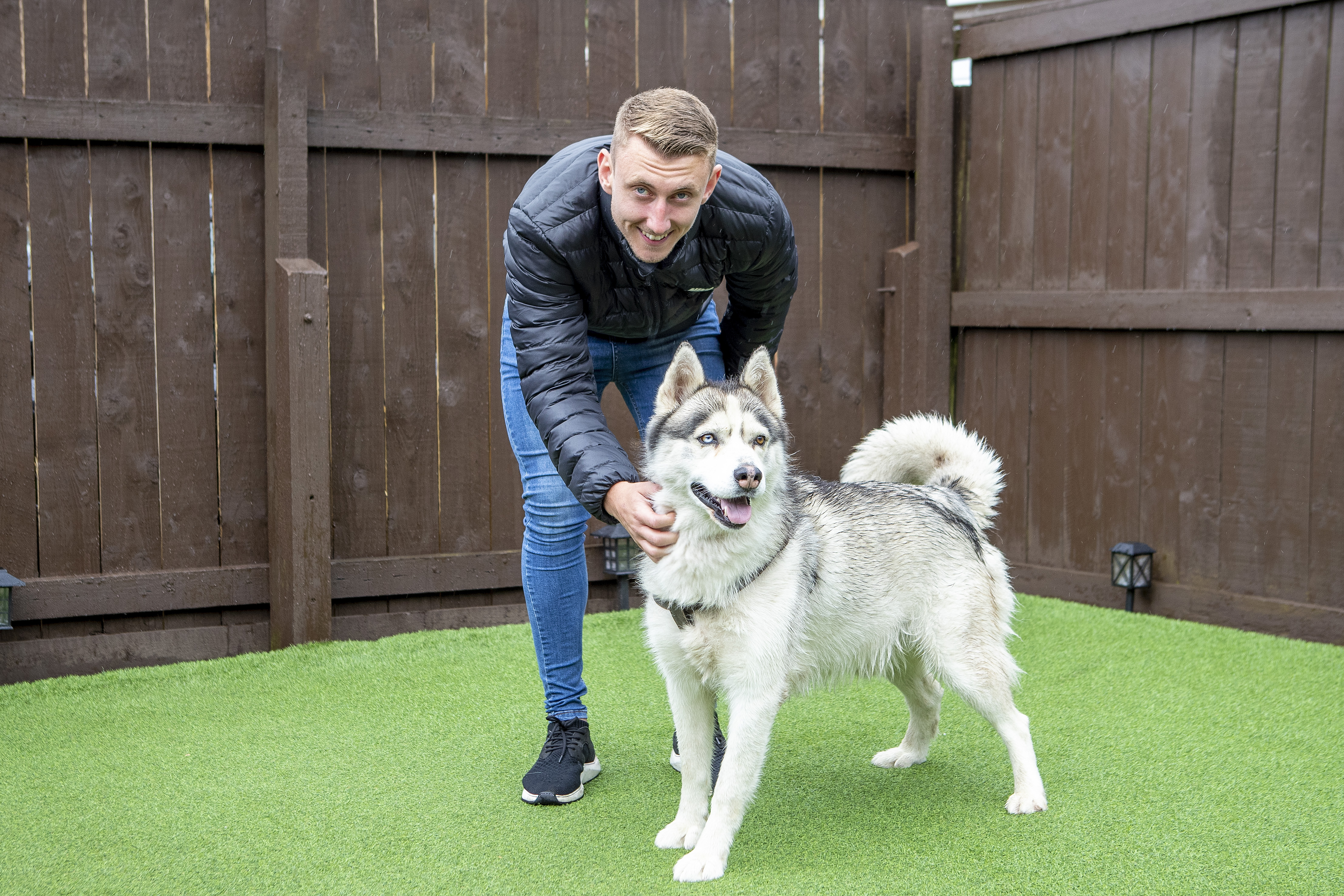 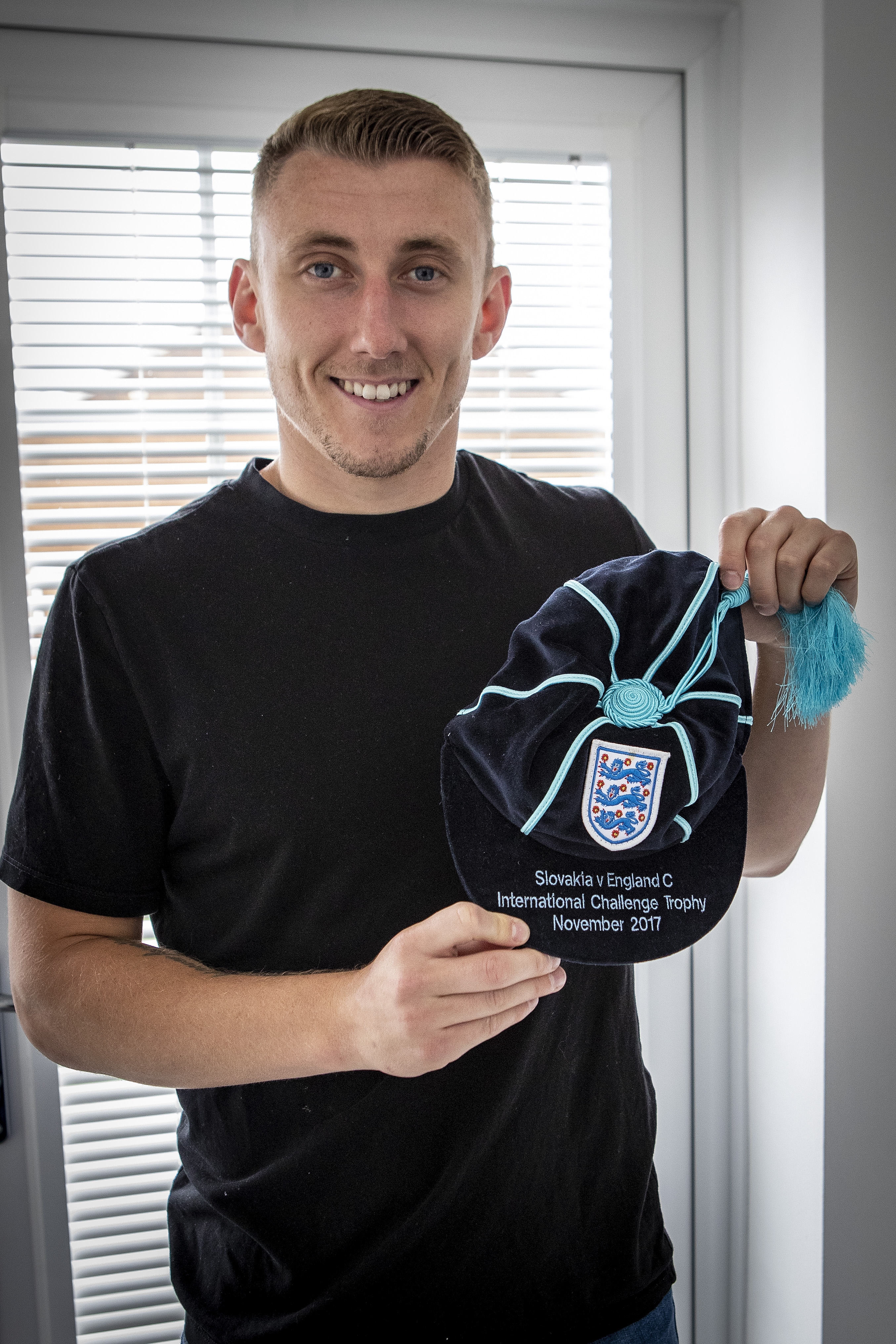 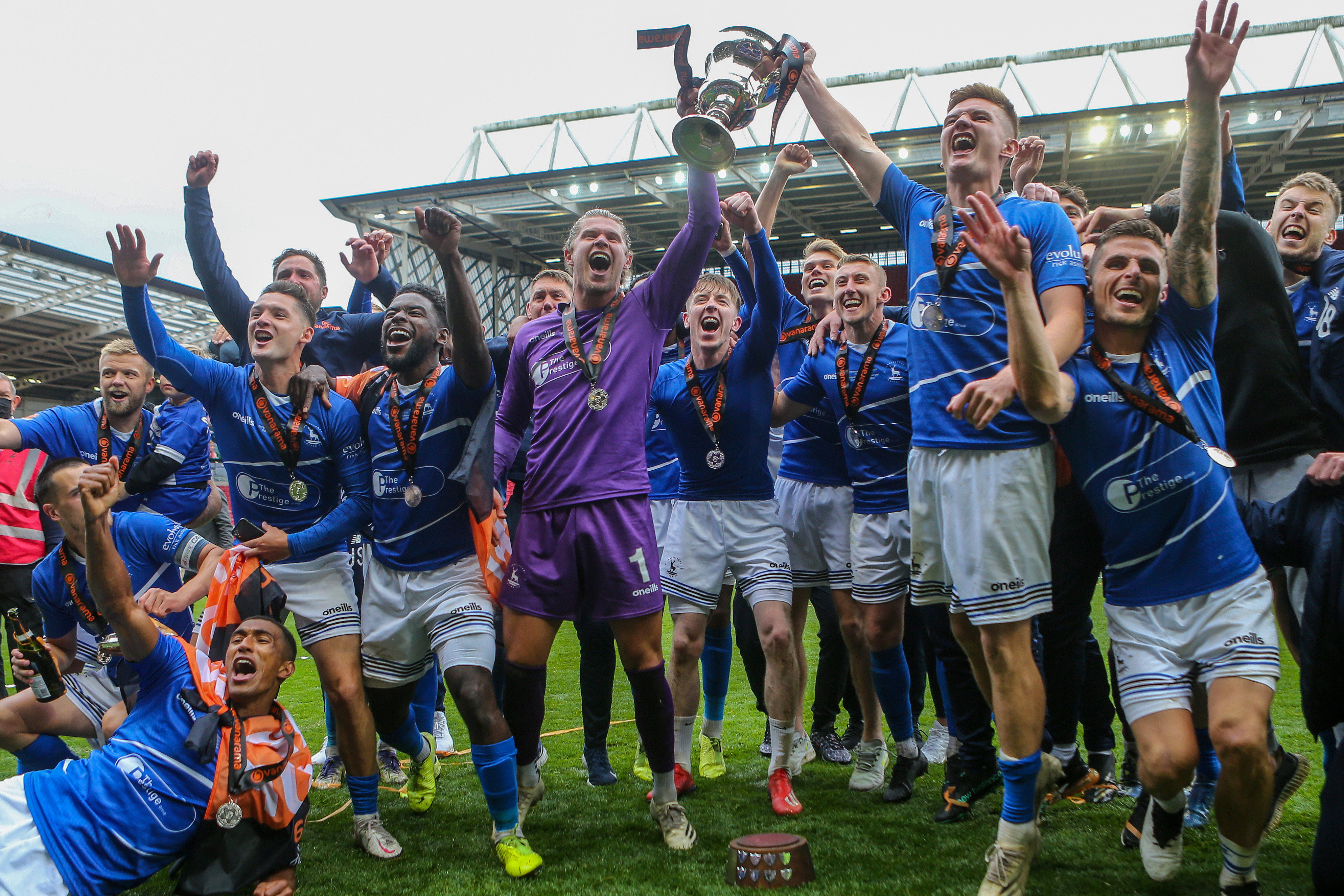 HOW fitting Charlton Athletic arranged a rainbow to appear majestically above their newly-named Alan Curbishley Stand on Saturday.

Their legendary former boss Curbs and the fans were treated to a great afternoon at The Valley – even though they were held by Sheffield Wednesday in an entertaining goalless draw.

There is a positive vibe reverberating around The Valley.

Much of this is down to owner Thomas Sandgaard breathing new life into this proud old club that stagnated due to previous incumbents who either lacked passion or were more interested in lining their own pockets.

And the Danish part-time rock guitarist loves engaging and entertaining the fans.

Jamming his guitar to the fans’ anthem Valley Floyd Road before kick-off in front of the Covered End faithful, he spotted a stray ball in the penalty box and he couldn’t help himself.

He strode calmly up and fired a shot into the top corner to loud cheers from the fans. 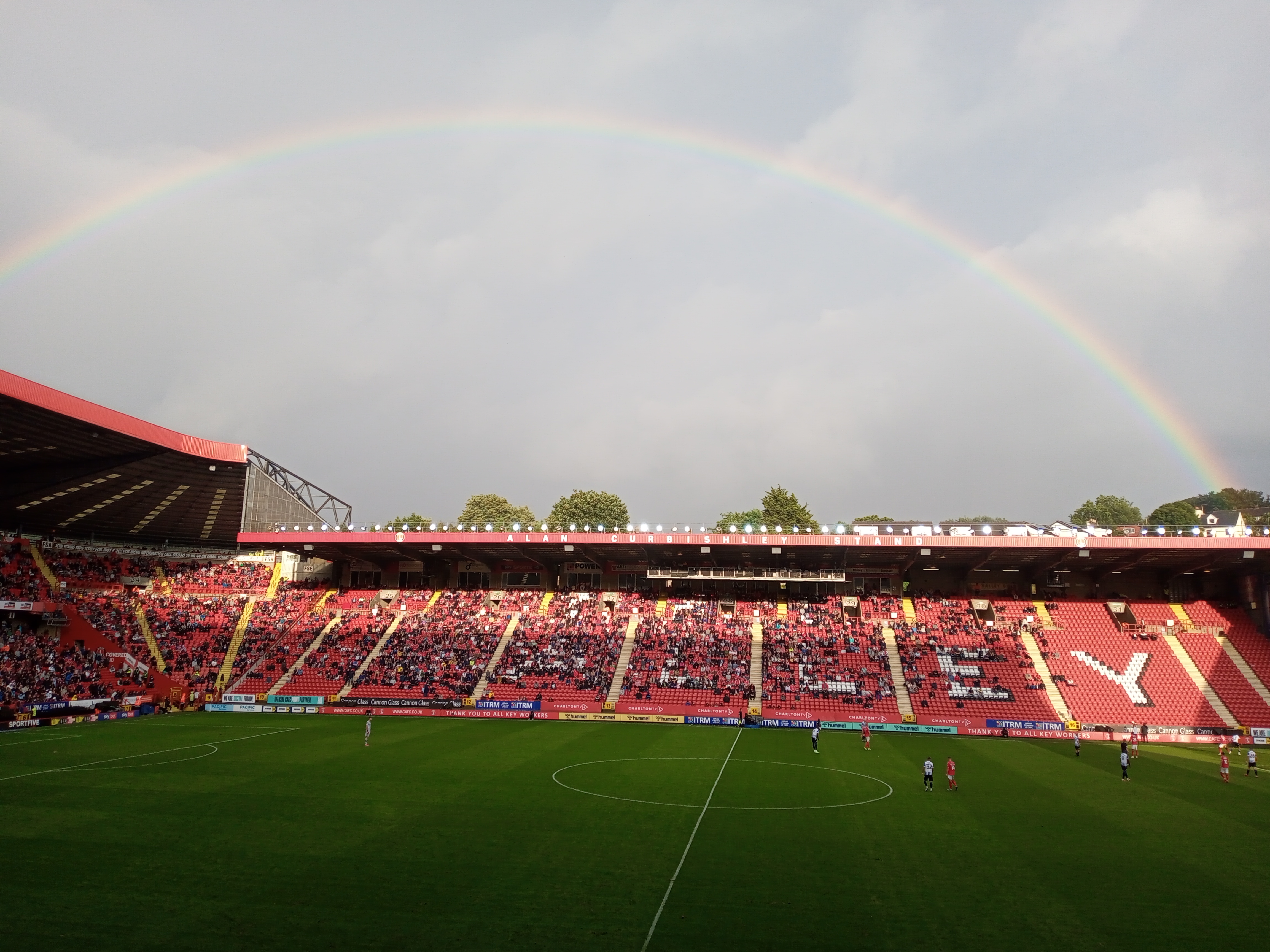 For one moment, I feared, with Sandgaard not wearing the right footwear, that he might end up slipping and falling flat on his back.

Or at the very least he could have been left embarrassed like Diana Ross, who in the 1994 World Cup opening ceremony missed an open goal from the penalty spot.

The American-based businessman has bought into the Charlton story and is always keenly listening to every anecdote or nugget of information from the club’s past.

He even brought back the Addicks’ much beloved mascots from their Premier League days – Floyd the dog and Harvey the cat, who were ditched by former Belgian owner Roland Duchatelet.

With the highly-respected and experienced Nigel Adkins at the helm – alongside director of football Steve Gallen – the team are in safe hands.

And who knows maybe they found a nice pot of gold under the rainbow to get a couple more new faces in before the transfer deadline.

WE'RE WITH YOU, BIG MICK

GREAT to see Luton legend Mick Hartford at Kenilworth Road for their opening 3-0 win against Peterborough – despite his battle against prostate cancer.

The 62-year-old was honoured with a billboard at the entrance to the Eric Morecambe Stand.

It read: “Big Mick, we’re with you every step of the way”.

It also included a photo of the great man holding aloft a Luton Town scarf.

On behalf of everyone here at SunSport, we’re with you too, Mick.