IMAGINE a Royal Engineer bomb disposal officer clearing a minefield knowing if he makes one false move he’ll be blown to smithereens.

Now think of Tyson Fury — because that is the kind of danger he’s facing when he attempts for the second time to relieve deadly Deontay Wilder of his WBC world heavyweight title. 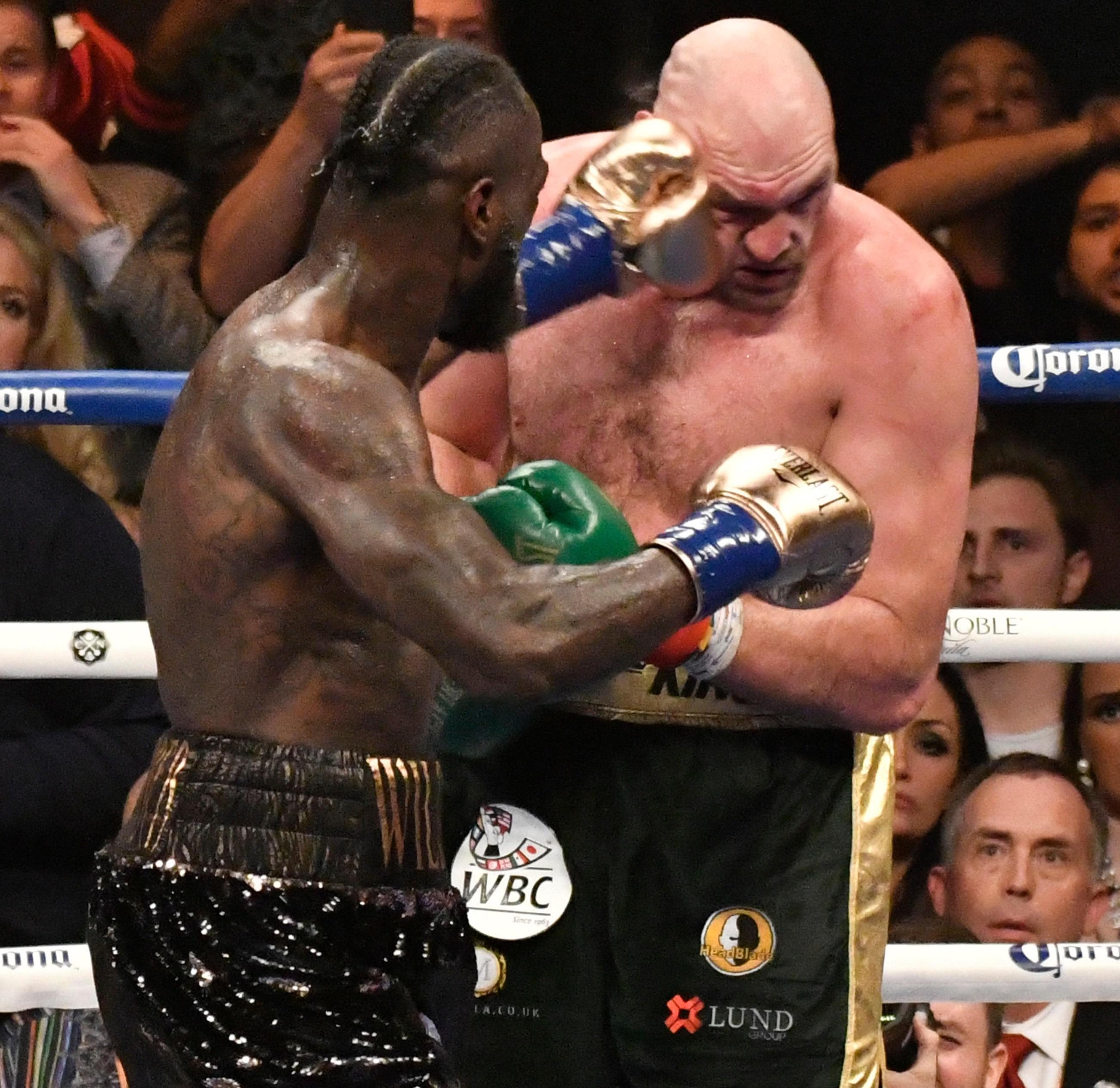 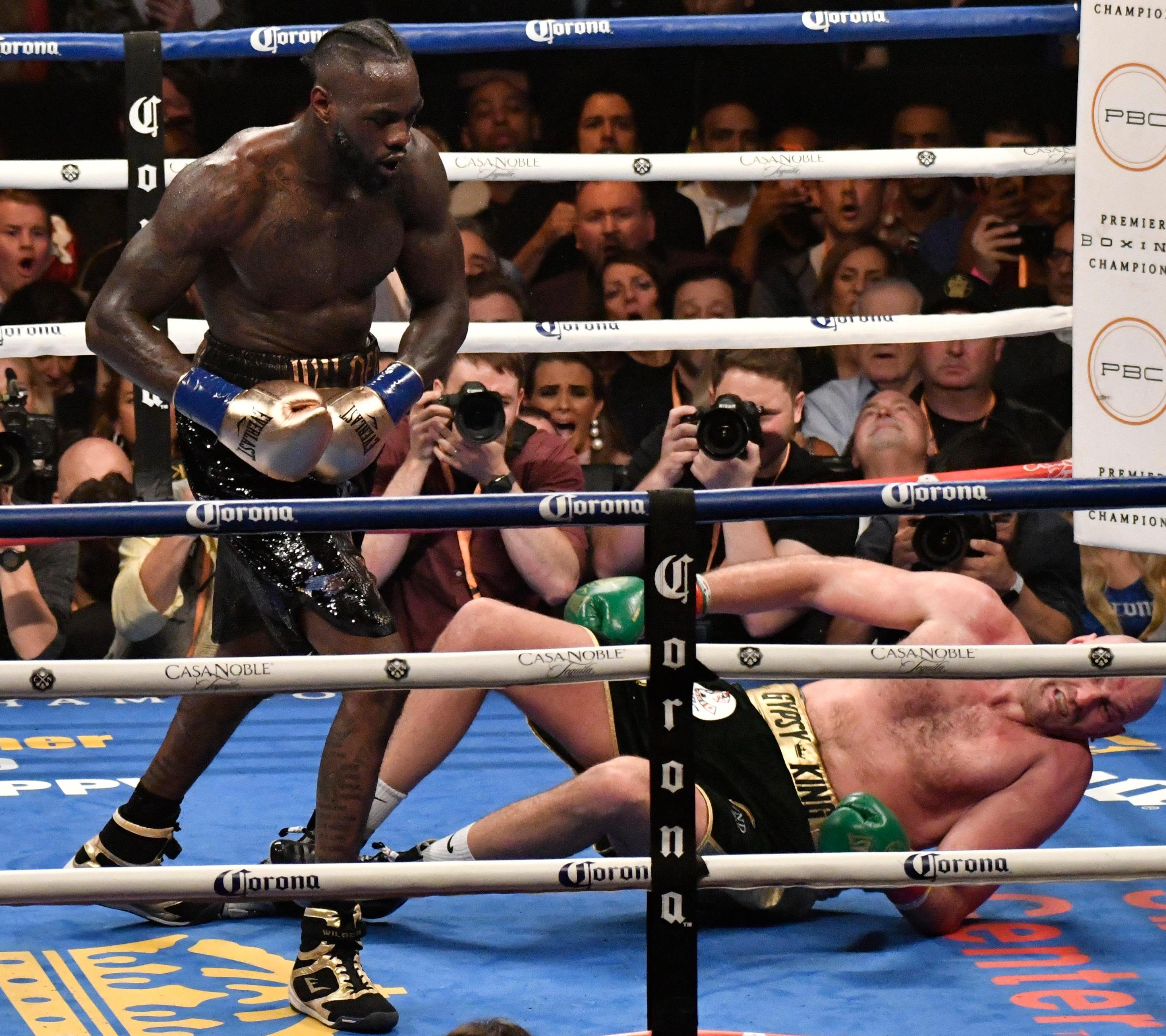 The Gypsy King cannot be under any illusions at the perilous position he will be in a week tomorrow — as he experienced the pulverising power in Wilder’s fists when they first met in Las Vegas 14 months ago.

Brit Fury just about survived. Twice he had to haul himself off the canvas and we are still in awe at how he beat the count in the 12th and final round.

The fight ended in a controversial draw. Despite Tyson losing four points as a result of the two knockdowns, the majority view was he had done enough to win.

I’ve seen nearly 70 world heavyweight championship battles and have had a close-up view of some of the hardest hitters in the 131-year history of the division.

George Foreman, Smokin’ Joe Frazier, Earnie Shavers and Mike Tyson are a few lengths in front of the field.

SPEED OF A COBRA

But for me, Wilder is the most terrifying of them all. That rigor mortis right hand of his is the most devastating punch I’ve ever seen.

When it comes to taking a man out with a single shot the Tuscaloosa time-bomb is in a league of his own.

That is why Wilder — with his “bomb squad” battle cry — has 41 knockouts on his 43-fight unbeaten record, giving him a remarkable 95.35 KO percentage.

Three months ago, Luis Ortiz was giving him a boxing lesson and he’d won every round going into the sixth.

But just before the bell sounded to end the halfway mark he made his one and only mistake — he left a small gap in his defences.

The ever-patient Wilder pounced with the speed of a striking cobra and detonated his lethal right against Ortiz’s temple.

Poor Luis must have felt he had run into a ten-ton truck. 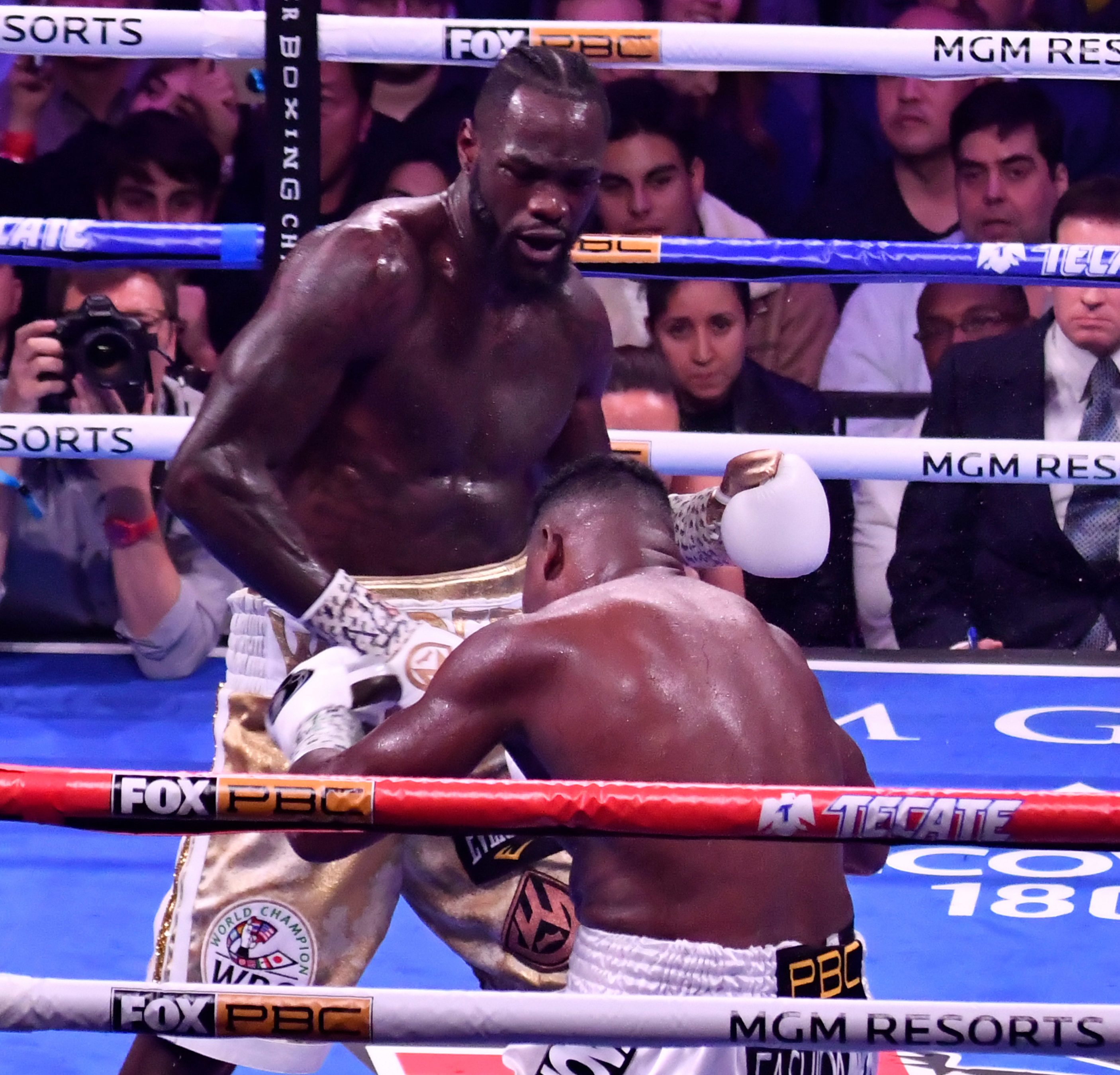 In a split-second his flight to glory and untold riches had crash-landed into a ‘What happened?’ moment of disbelief and ever-so-painful defeat.

Fury is the one man with the skill to nullify Wilder’s nuclear weapons.

You don’t have to be a tactical genius to master-mind a gameplan for Tyson to come away from this tantalising rematch with a points win.

He must frustrate the hell out of he champion from the opening bell. Tie him up whenever he gets close, keep jabbing, moving and switch-hitting while ensuring his head is constantly out of range.

Fury, despite his size, has the slippery dexterity and know-how to fiddle his way out of a straitjacket with an expertise that would make Houdini proud.

But here’s the $64million question. Has he the mental strength to concentrate for every second of the scheduled 36 minutes?

I don’t think he can. Like Ortiz, he’ll probably be miles ahead and appear to be cruising. But he’s bound to tire in the later rounds and leave that tiny opening Wilder will be waiting for.

About round nine or ten I can see Fury being flattened — only this time he will be unable to hear the referee counting to ten over him.