CONOR GALLAGHER has been so good for Crystal Palace this season that one of their fans has set up a GoFundMe to raise £50million to buy him.

The England international is on loan from Chelsea and has been likened to Blues legend Frank Lampard by Palace manager Patrick Vieira. 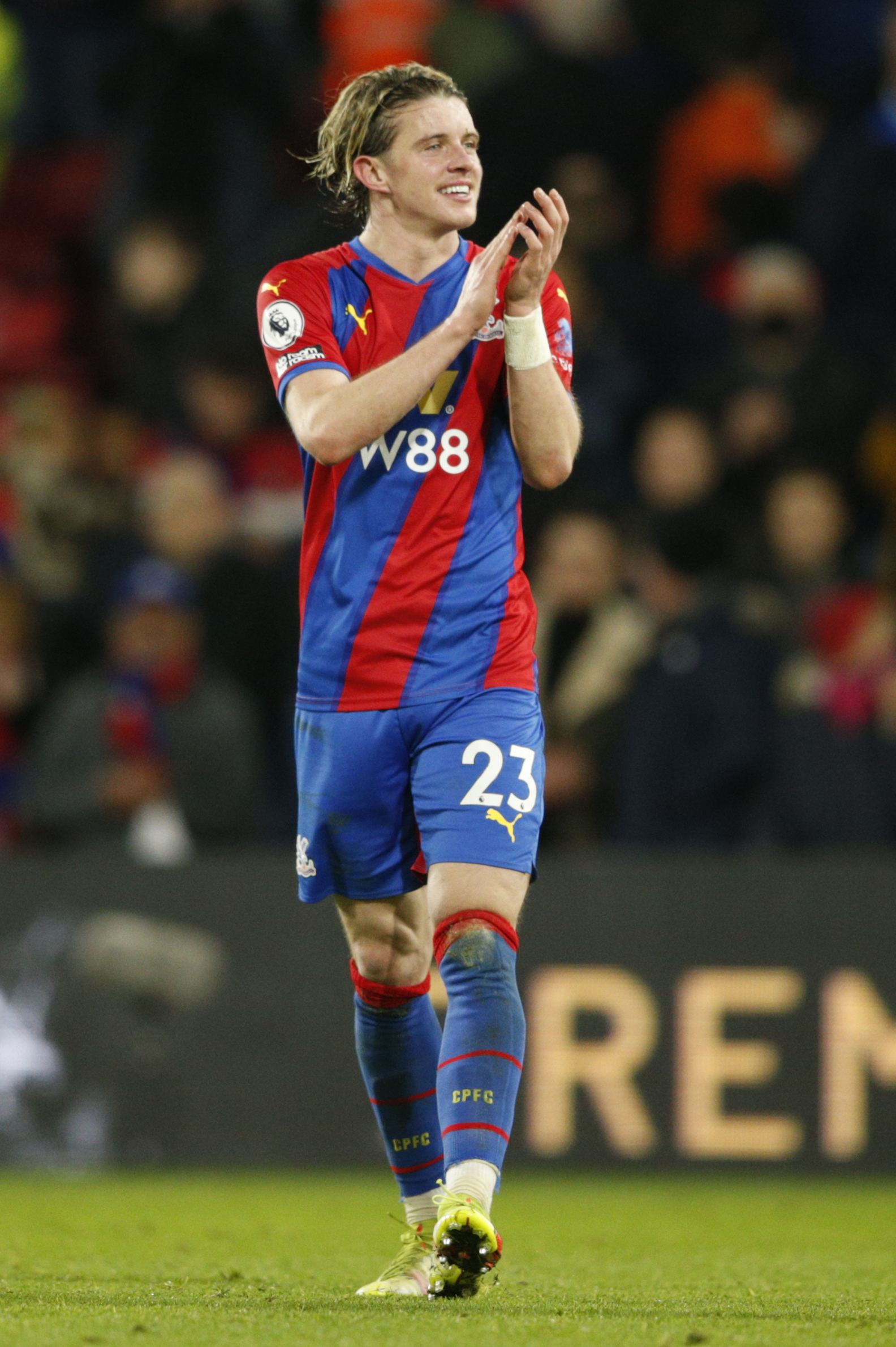 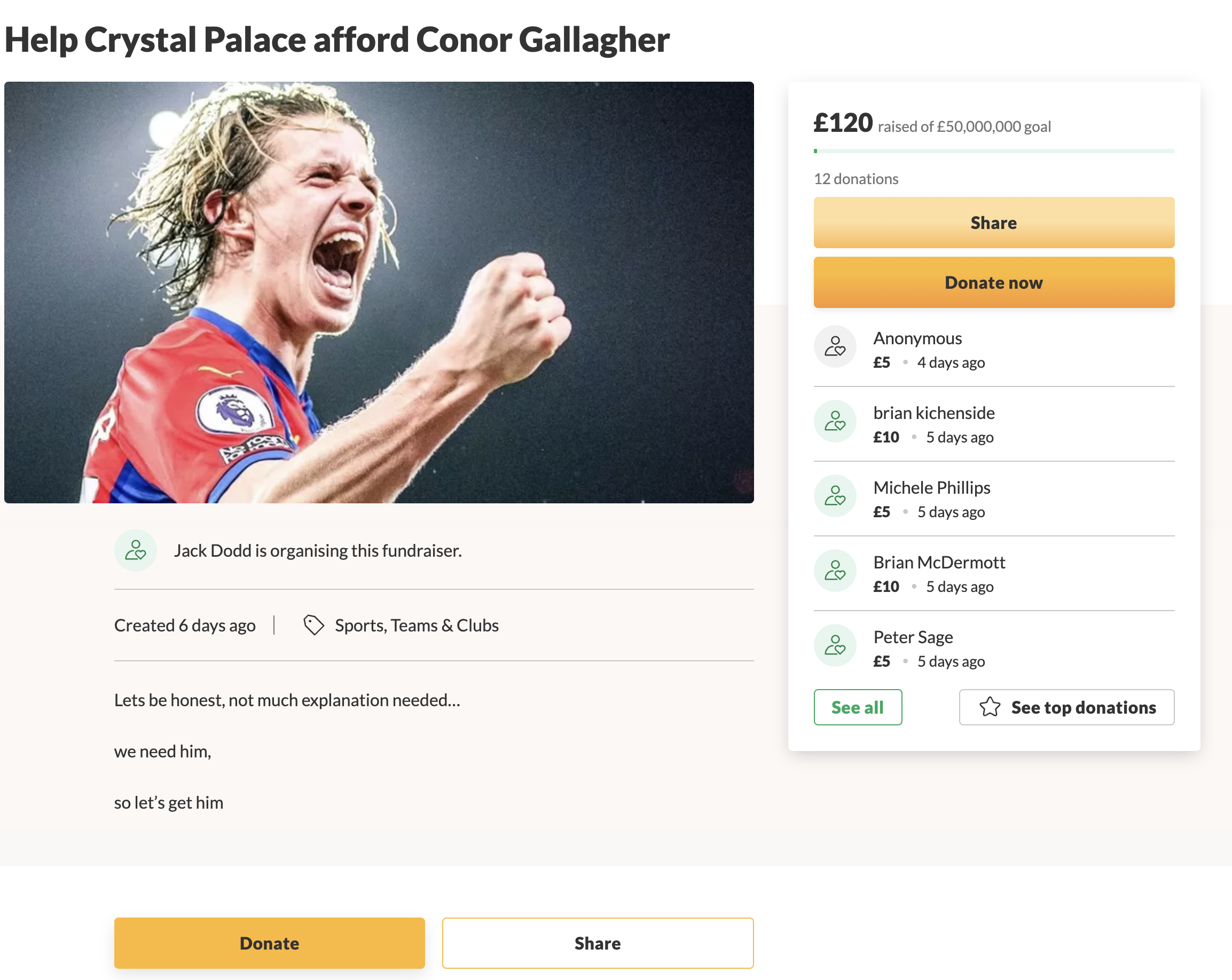 Gallagher has six goals and three assists in the Premier league this term from midfield, earning rave reviews from fans and pundits.

The desperate Palace fan has set the bar at £50m to buy the 21-year-old.

On the page, he wrote: "Lets be honest, not much explanation needed… we need him, so let’s get him."

Whether £50m will be enough to tempt Chelsea into selling another promising academy product is yet to be seen.

And the title-chasing Blues have to learn from past mistakes which saw the likes Kevin de Bruyne and Mohamed Salah also leave the club, says Tony Cascarino.

Speaking on talkSPORT, Cascarino said: "He does one thing Chelsea haven’t got – they haven’t got a proper goalscoring midfielder.

“And I mean more centrally. They’ve got lots of wide men who can chip in goals and sometimes Mason Mount can play more centrally, (Callum) Hudson-Odoi can come inside into positions to score goals.

“But, for me, Conor Gallagher is like N’Golo Kante with goals.

“Kante is a brilliant player, he does so many good things for the side, but he has never got goals and I see that in Conor Gallagher.

“I think he can do what Kante can do and give you a return of goals in numbers as well.

“He can get into the 18-yard box and ten seconds later he can make a tackle in his own 18-yard box.

“There aren’t many players in the game who can do that, and Conor Gallagher is one of them.”