Drew Bledsoe opened up about the stark realities he was dealing with when he was famously removed from a New England Patriots game in Week 2 of the 2001 season following a hit from New York Jets linebacker Mo Lewis.

The hit changed the trajectory of the Patriots, Bledsoe, Tom Brady and really the NFL as a whole after the hit. On Thursday, Bledsoe recalled in an interview on “The Dan Patrick Show” what was going on after he got the hard tackle from Lewis. 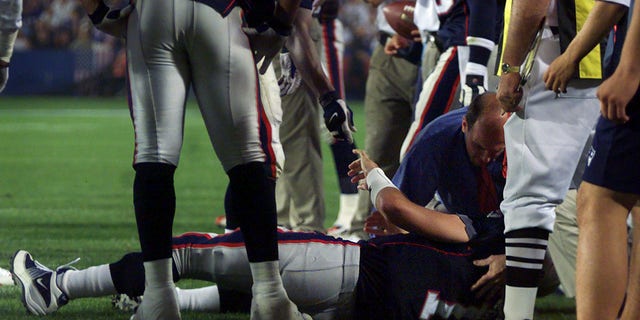 Patriots quarterback Drew Bledsoe is attended to by team doctor Bert Zarins after being hit in the fourth quarter on Sept. 23, 2001, in Foxborough, Massachusetts. 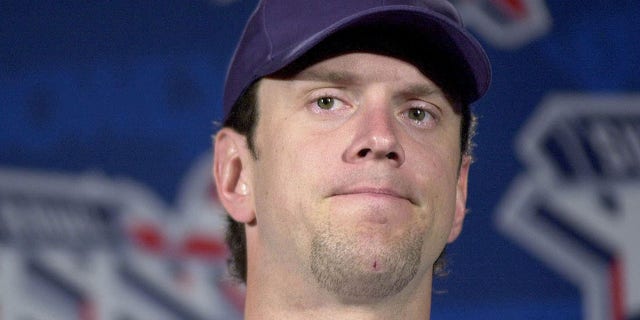 “After the game, I tried to go home. Thankfully, the doctors didn’t let me do that. If they let me go home, I would’ve died. I was bleeding out about a liter an hour internally. By the time they got me to the hospital, I was out, and they took a lot of blood out of my body. Thankfully they were able to recycle my blood and put it back in, so they didn’t have to open my chest up, but it was pretty touch-and-go for a while,” he said.

Bledsoe admitted in the first episode of the new Brady show “Man in the Arena” he was “disheartened” when the team went with Brady over him. Bledsoe had led the Patriots to a Super Bowl a few years prior only to lose to Brett Favre and the Green Bay Packers. 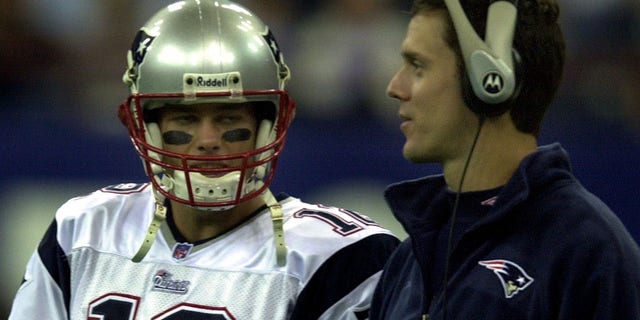 But Brady gave Bledsoe credit for being a great teammate through that time.

Bledsoe would eventually play for the Buffalo Bills in 2002 and later the Dallas Cowboys. He finished his career after the 2006 season and retired with 44,611 passing yards and 251 touchdown passes.