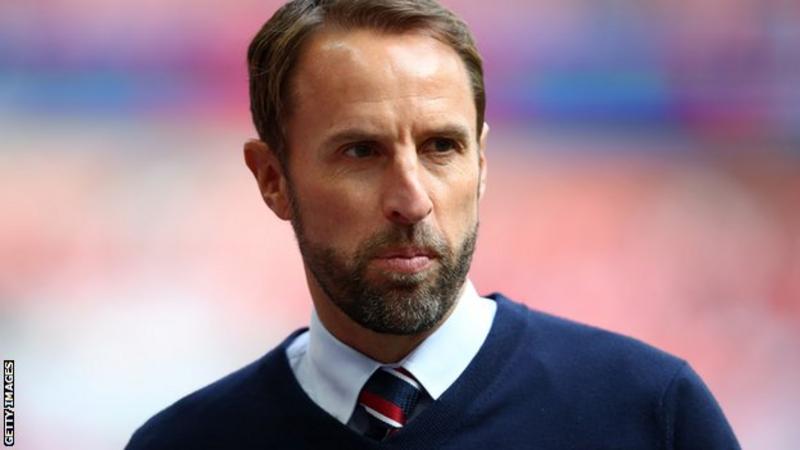 The president of the Bulgarian Football Union has expressed his “indignation and disappointment” at comments by Gareth Southgate about possible racism at next month’s Euro 2020 qualifier.

Southgate said his team will “prepare” how to react to potential racism at the game in Sofia on 14 October.

England players were also subjected to racist abuse in Bulgaria in 2011.

In a letter to Uefa and the Football Association, former Bulgaria goalkeeper Mihaylov said: “We have not received any official information regarding discriminatory language used by a Bulgarian supporter at Wembley stadium.

“Even if this were the case however, we believe that generalisations and the creation of needless tension by official members of the English team is absolutely unacceptable and in contradiction with the spirit of mutual respect and fair play, the core values of both Uefa and the BFU.”

The FA said a fan in the away end at Wembley was ejected and arrested for “discriminatory abuse” during England’s 4-0 win over Bulgaria on Saturday.

The man was arrested on suspicion of an aggravated public order offence, but later released without charge.

Bulgaria’s Stadion Vasil Levski will be partially closed for their next two international matches following racist behaviour by their fans in Euro 2020 qualifying games against the Czech Republic and Kosovo in June.

England have already encountered racist abuse during their Euro 2020 qualifying campaign, with Montenegro ordered to play their next home match behind closed doors following the racist abuse of England players by supporters in March.