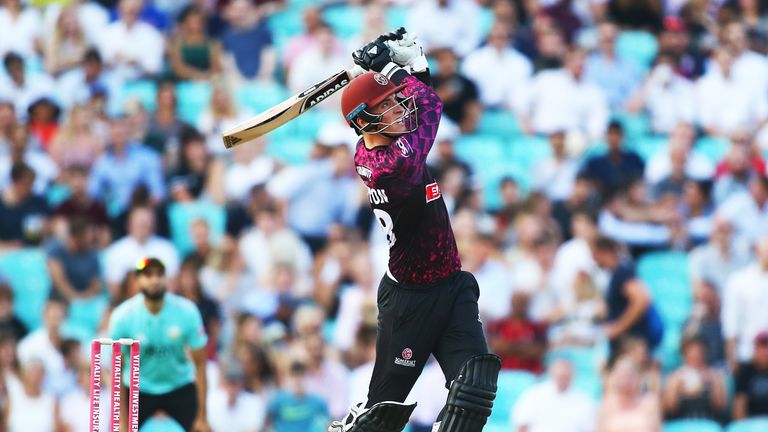 After all the drama, to put it mildly, of the World Cup final, it seemed only right that there would be no more international white-ball cricket in England over the summer.

What could possibly live up to it?

But with the summer having drawn to a close and a thrilling Ashes series over, it is time for England to start thinking about limited-overs cricket again. The opponents? New Zealand, it just had to be.

There will be no repeat of that Lord’s final, though, not least because with two T20 World Cups scheduled in the next two years, there will be no 50-over cricket played on the tour and instead, the sides will be competing in five T20 internationals prior to the Tests.

Then there is the fact that only three of the World Cup final XI, plus Tom Curran and James Vince who were in the squad, will actually be involved in the white-ball leg of the tour.

Jofra Archer, Jos Buttler, Joe Root and Ben Stokes are among those rested following their summer exploits while Liam Plunkett and David Willey, neither of whom was given an ECB contract for 2019-20, miss out and appear to be facing an uphill battle to try and force their way back in.

Instead, the selectors are looking to the future with four players receiving their first international call-ups and a fifth uncapped player in Lewis Gregory, who has been included in squads in the past but is yet to make his international debut.

Perhaps the least surprising of the four newcomers is Gregory’s Somerset team-mate, Tom Banton. The 20-year-old was in blistering form during the Vitality Blast, scoring 549 runs in the competition, second only to his opening partner and the world No 1 T20 batsman Babar Azam, with his spectacular hundred against Kent a real standout. 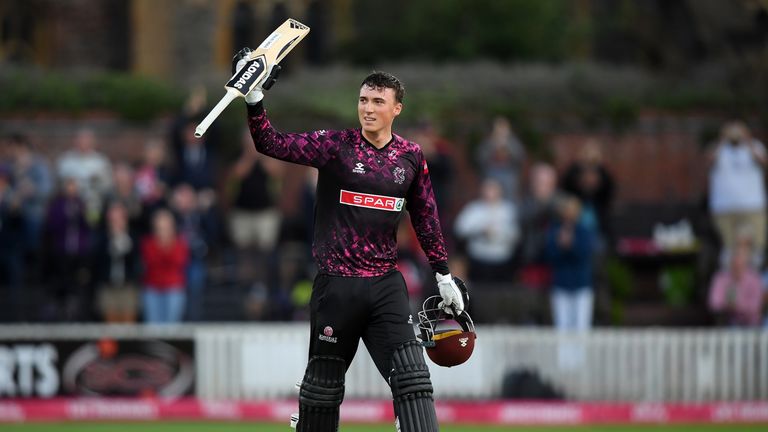 Banton also scored two centuries in the Royal London One-Day Cup and made a quickfire 69 in the final but as much as the runs themselves, the way he has scored them has caught the eye.

They have come quickly for a start. He has the power and clean ball-striking to clear the ropes with ease and mixed in with the more delicate ramps, scoops and flicks, he is another 360-degree batsman.

There is a good reason why he has been likened to Buttler. Of course, there is a long way to go before he can be really be compared to the England wicketkeeper-batsman but he will get his chance to move that bit closer in New Zealand.

The other three selected for the first time are Worcestershire seamer Pat Brown and Lancashire duo Saqib Mahmood and Matt Parkinson.

Brown came to the fore last season as the Rapids won the Blast, in no small part down to his fine display at Finals Day, and he was instrumental again this year as they came so close to defending their crown.

He took 17 wickets at 24.76 in the tournament this year and is part of the new breed of “fast” bowlers who almost exclusively bowl slower balls – certainly what might be considered his full-pace delivery would not be his stock ball. 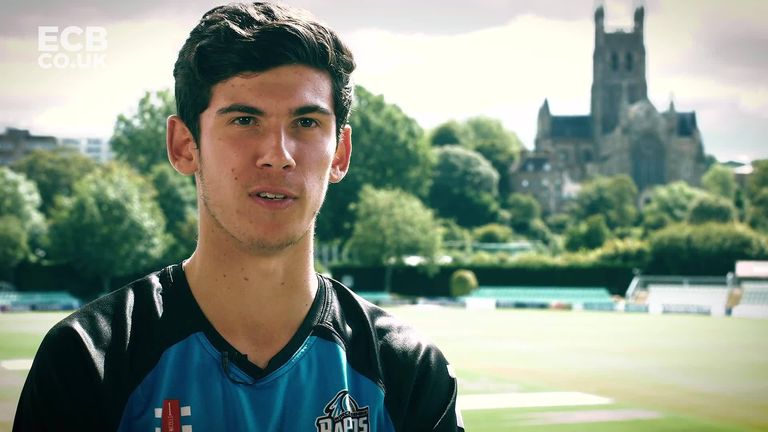 Brown’s execution of the knuckle-ball is what really set him apart last season and while, even in the past 12 months, it has become a more commonly used delivery in limited-overs cricket, few in the county game are as adept or intelligent in their use of it as the Rapids man.

The challenge for the 21-year-old will be trying to deceive higher-quality batsmen on the international stage. The world’s top batsmen will soon pick up on any tells that might give away when the knuckle-ball is coming and Brown has to be careful to avoid becoming too predictable.

He has managed that superbly so far in his career and, given he bowls at the death, an economy rate of 8.12 in the Blast in 2019 suggests he is still managing to outwit batsmen in the county game. It is sure to be fun watching him try to do it in the international arena.

Where Brown tries to take pace off, pace is a key weapon for Mahmood. The Lancashire fast bowler has got slower balls and other variations in his armoury but perhaps his most dangerous delivery is his rapid, in-swinging yorker, especially when the ball is reversing. 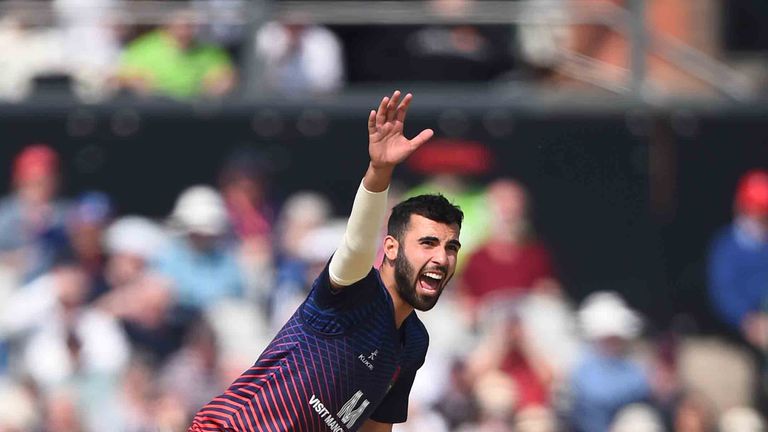 “He’s very skilful, he’s definitely got pace and he looks like an intelligent bowler to me, whenever I’ve seen him bowl,” former England assistant coach Paul Farbrace told Sky Sports. “I like the look of what he brings to the team. He may not always keep runs down but he will always take wickets.”

That was certainly the case in the Royal London One-Day Cup where Mahmood topped the wicket-taking charts with 28 at just 18.50.

He was not quite as successful in the Blast, claiming just eight wickets at 27.50 but even then the 22-year-old showed that X-factor he possesses with two wickets in an over to swing the match in Lancashire’s favour at a crucial stage of the Roses clash at Headingley, in front of the Sky cameras.

After injuries hampered him over the past couple of summers, Mahmood has grasped his chance this year and can only benefit from spending time with more established international bowlers, both during the course of the T20 series and in the Tests that follow. 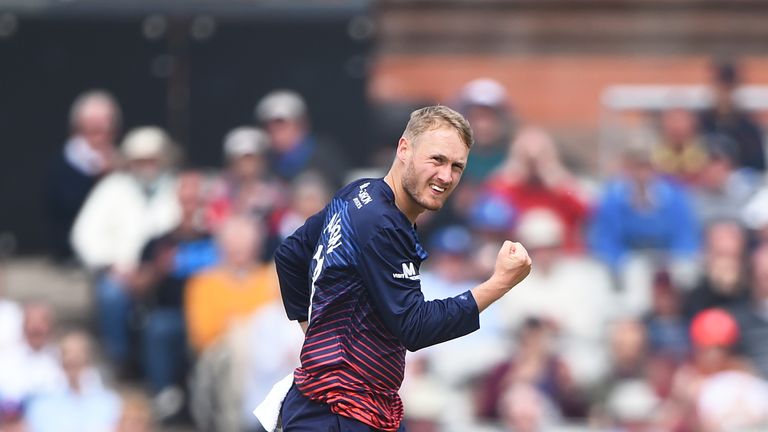 The same goes for Parkinson, who was also named in both squads. The leg-spinner is just 23 but has been excellent for Lancashire, particularly in white-ball cricket, for years now and has regularly been linked with call-ups over the past 18 months.

Twenty20 cricket is where he has really excelled, taking 21 wickets at 14.61 in the Blast this summer and his career stats of 60 wickets at 15.26 in 36 matches show that is simply the continuation of a mightily impressive trend – even more striking when you consider his T20 career economy is just a shade above seven an over.

The Bolton-born spinner is not afraid to give the ball a bit of flight and no doubt international batsmen will try to get after him as a result.

He may well be a little expensive on occasion but Parkinson really gives the ball a rip and the considerable dip and turn he gets as a result mean he is likely to catch a few batsmen out as well.

There is no guarantee that any of the new faces in the T20 squad will go on to be England regulars for years to come, let alone all four of them. 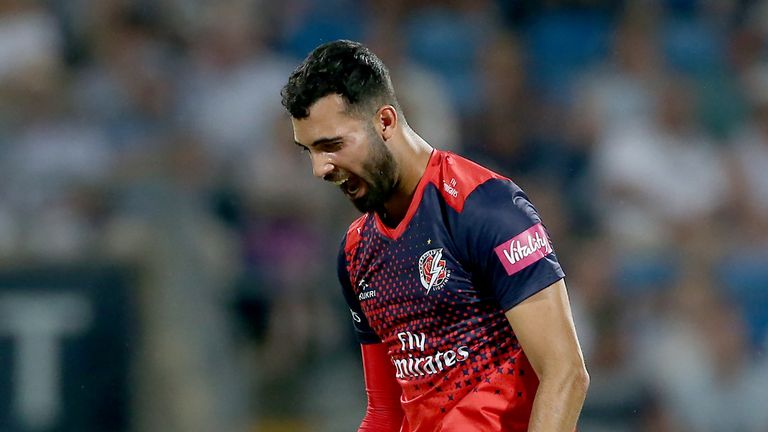 Yet, they have all shown more than enough domestically to suggest they could and while the big names might be missing, the chance to see potential England stars of the future make their first steps in international cricket has got to be worth the odd late night or early morning.