JARROD BOWEN is in line for his first England start in this evening's Nations League game against Hungary.

The West Ham winger's impressive club appearances saw him get his first call-up for the national team, and now he is preparing to start at the Puskas Arena. 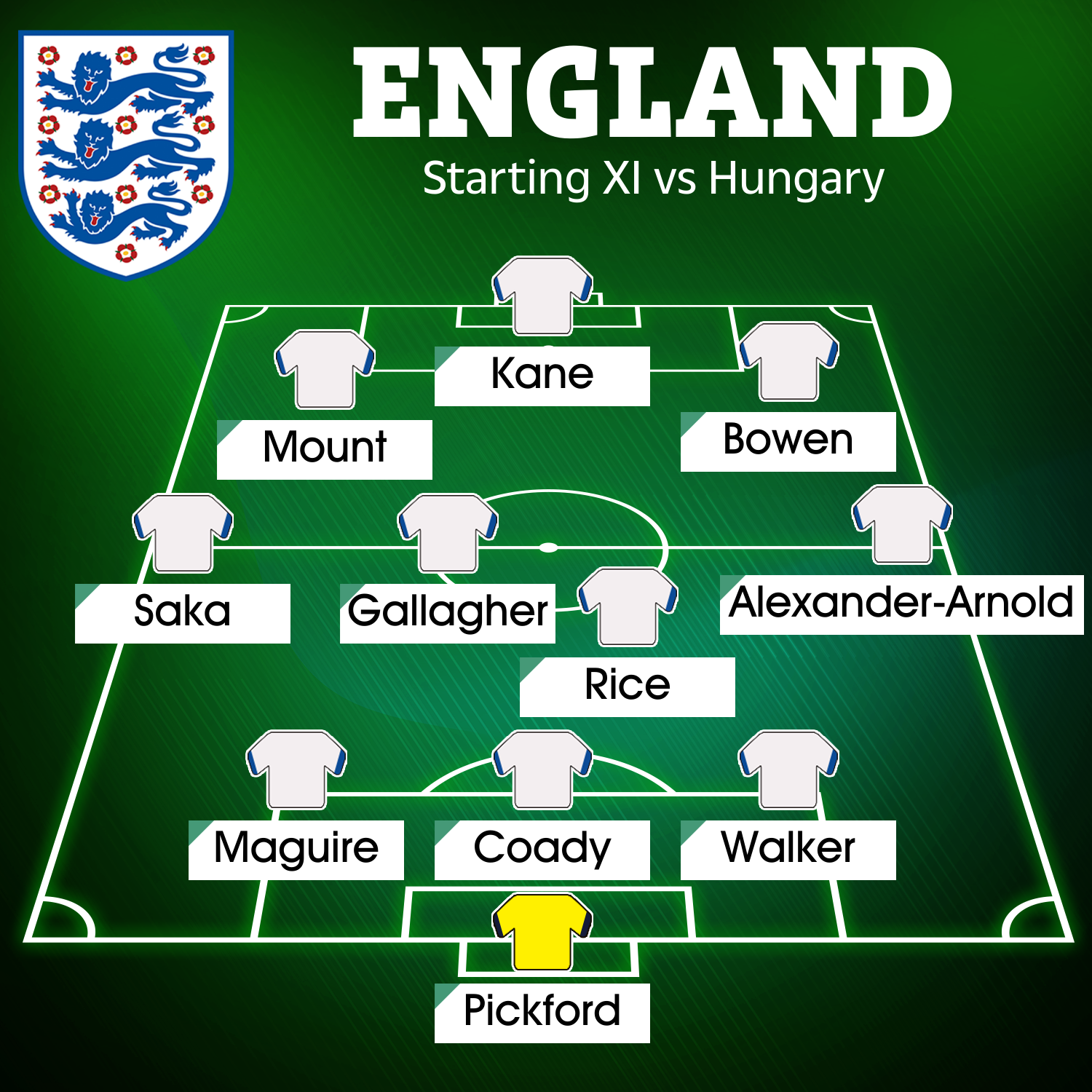 The expected side will see Trent Alexander-Arnold feature in midfield, as Gareth Southgate looks to stick to the three at the back formation.

Yesterday it was reported that Phil Foden would miss today's game after testing positive for Covid-19.

His absence clears the way for Bowen to start. with him to play alongside Mason Mount and Harry Kane in attack.

Arsenal's Bukayo Saka is preparing to start on the opposite flank to Alexander-Arnold, with the pair sitting in front of a back three of Harry Maguire, Conor Coady and Kyle Walker.

Conor Gallagher's impressive season on loan for Crystal Palace is enough for Southgate to hand him another start.

He'll partner Declan Rice in midfield, with the 23-year-old still attracting interest from the likes of Chelsea and Manchester United.

England will be looking for a positive result this evening, with a pair of home and away fixtures against Italy and Germany awaiting in an intriguing group.

The Three Lions will be looking to reach the finals of the competition for the second time, following a semi-final loss to the Netherlands in 2019.

Jordan Pickford's penalty heroics helped his country finish third in the inaugural tournament, with Portugal and France being the only winners so far.

England's six group games are the only matches they will have before the World Cup in Qatar, where they begin their campaign against Iran in November.