AJAX boss Erik Ten Hag has extended his contract at the Dutch side until 2023 in a huge blow for Tottenham.

Spurs were chasing the 51-year-old as they look to appoint a long-term replacement for sacked Jose Mourinho with Ryan Mason temporarily taking charge. 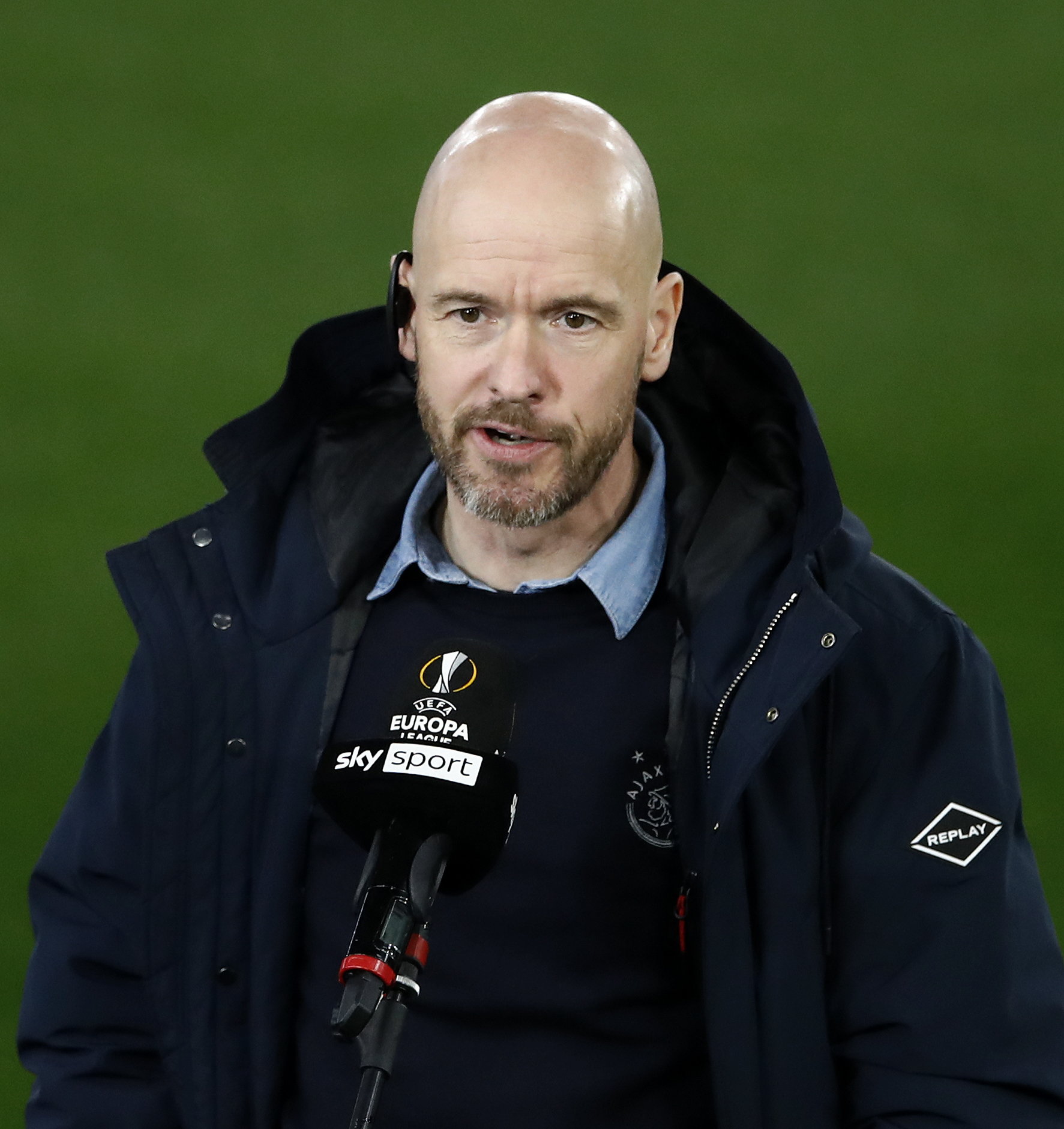 It is the second coach the North Londoners have missed out on after No1 target Julian Nagelsmann agreed to take over from Hansi Flick at Bayern Munich.

RB Leipzig boss Nagelsmann will swap sides in the Bundesliga at the end of the season despite his desire to one day manage in the Premier League.

Reports suggested a 'direct meeting' had been scheduled with the Amsterdam chief supposedly open to a switch.

However, just a day later he has committed his future to Ajax with the club confirming the news of his one-year extension in a social media post that read: "His home? Amsterdam…+1 for Erik ten Hag ➥ 2023."

Ten Hag guided Ajax to their first league and cup double in 17 years soon after his arrival at the Johan Cruyff Arena in 2017.

And he looks certain to land more silverware this season with his side leading the Eredivisie standings by 12 points.

Leicester manager Brendan Rodgers has already ruled himself out of the running by confirming he is 'very happy' at Leicester.

The former Celtic and Liverpool boss said: "Tottenham is a great club but . . . I’m very happy here. I want to continue my work here.”

Daniel Levy was thought to still be quietly confident that he could snare the 48-year-old Northern Irishman.

But SunSport revealed a move would have cost a daunting £70million and looks to have scared off the Spurs chairman.

Rodgers currently earns up to £10m a season with the Foxes.

And Tottenham would need to offer a four-year contract of £12.5m a year, plus Leicester’s expected compensation demands of £20m — a similar amount to what Bayern Munich are paying for Nagelsmann.

Wolves boss Nuno Espirito Santo is also being considered amid talk that he is ready to leave Molineux.

SunSport has revealed agent Jorge Mendes' plan to offer the coach to Tottenham with Bruno Lage arriving at Wolves as his replacement.