Brady was serving a four-game suspension, and the Patriots played Garoppolo and Jacoby Brissett while the superstar quarterback was out. Bennett told Jason and Devin McCourty on their “Double Coverage” podcast the Patriots lost one of the games because Garoppolo was being a “b—-.” For clarity, Garoppolo didn’t lose a start when he was with the Patriots. Brissett, on the other hand, was 1-1 when he started. 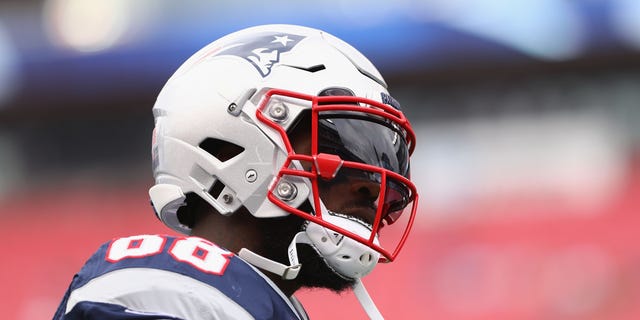 Martellus Bennett of New England Patriots looks on before a game against the Miami Dolphins at Gillette Stadium in September 2016.
(Tim Bradbury/Getty Images) 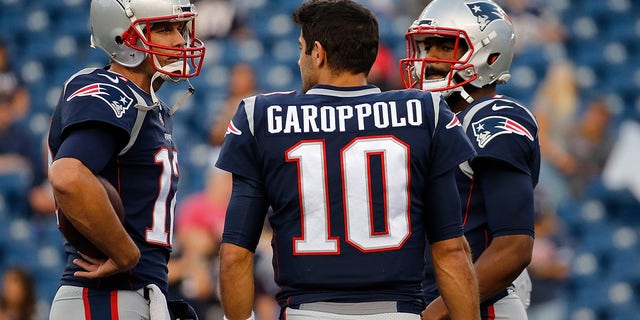 Jimmy Garoppolo (10), Jacoby Brissett (7) and Tom Brady (12)  of the New England Patriots chat before a preseason game with the New York Giants at Gillette Stadium in August 2017.
(Photo by Jim Rogash/Getty Images)

Bennett played for the Patriots in 2016. He had 55 catches for 701 yards and seven touchdowns.  New England reacquired him in 2017, and he retired before the start of the 2018 season.

“So anyways, he’s not going out there, so now Jacoby straps up and we lost to the Buffalo Bills. We shouldn’t have lost. It was just last-minute, trying to make adjustments for what Jacoby could do,” Bennett added.

Garoppolo was eventually traded to the San Francisco 49ers and rattled off five straight wins when he was thrust into the starting role. He was given a lucrative contract and later led the 49ers to a berth in the Super Bowl during the 2019 season, which the Niners lost. But injuries hampered him in 2020 and now in 2021. 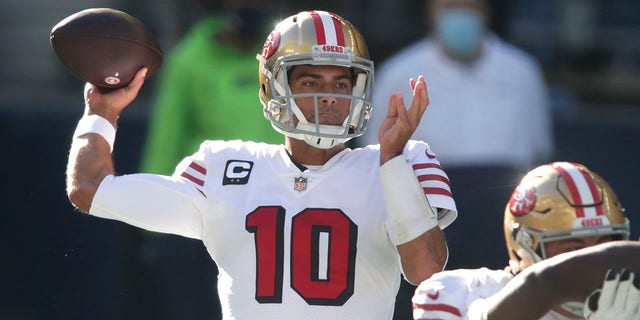 San Francisco drafted Trey Lance to bring competition to the quarterback position earlier this year. Garoppolo was named the starter, but Lance has played in certain packages. Garoppolo will start this week. Lance is injured.