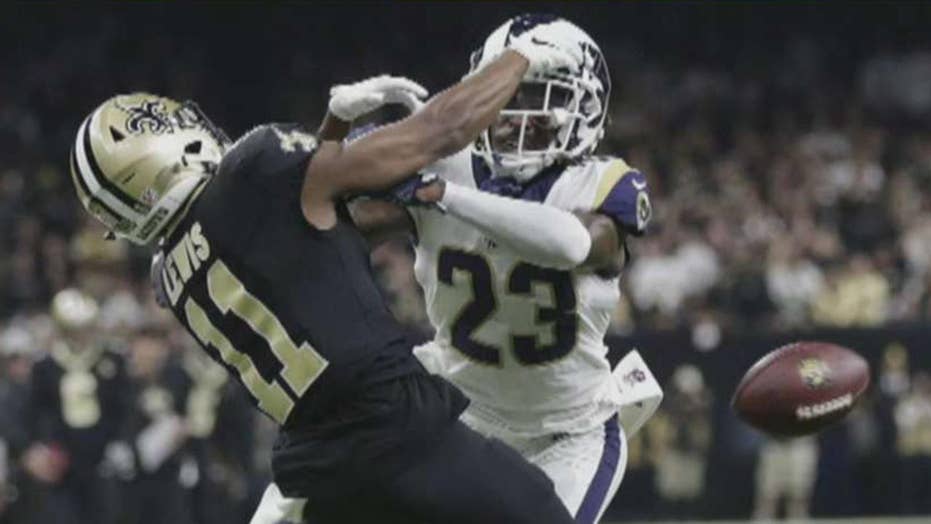 Judge refuses to order do-over game for Rams and Saints

A former NFL wide receiver who was at the center of the controversial pass interference call during the NFC Championship game last season between the New Orleans Saints and Los Angeles Rams has found a new home.

Tommylee Lewis will be playing in the XFL come 2020 after the rebooted league’s Dallas Renegades drafted him in the second round Tuesday. Lewis will be joining a team manned by former college football national champion head coach Bob Stoops.

The Renegades will have Landry Jones throwing the ball in their first season come February.

Lewis was the wide receiver who was infamously pushed by Rams cornerback Nickell Robey-Coleman during the NFC title game in January. The referees failed to throw a flag on a clear pass interference penalty, which would have given the Saints extra yardage, a new set of downs and a chance to put the game away.

The no-call was one of the biggest moments in the playoffs last season and led to a rule change allowing coaches to challenge whether a pass interference penalty should have been called on a particular play.

Lewis signed with the Detroit Lions in the offseason, and while addressing the play at training camp, he told reporters he was “over” it.

“I done answered so many questions about that play,” Lewis said, according to the Detroit Free Press. “So I'm over it. I'm over that.”

He was cut in September and failed to latch onto another NFL team.