FOOTBALL fans were left in stitches after a video emerged of Cesar Azpilicueta mounting Jack Grealish – with supporters comparing it to a FIFA glitch.

The comical incident occurred during Manchester City's 1-0 win at Chelsea on Saturday. 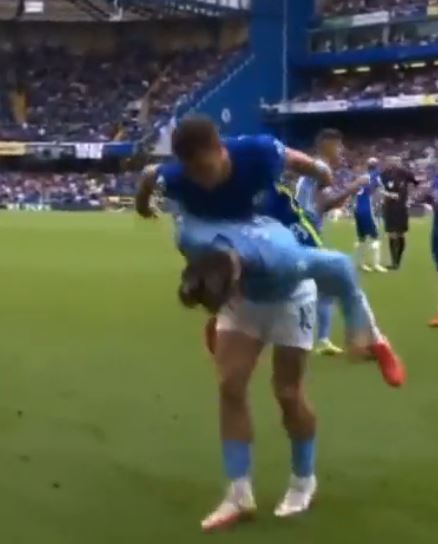 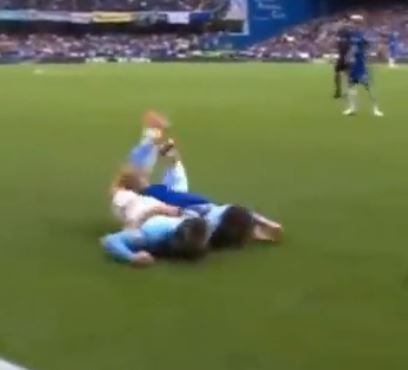 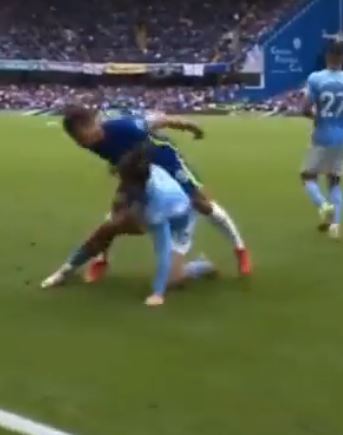 Once the footage surfaced, fans were quick to compare it to the famous video game.

Joao Cancelo can be seen taking a quick throw to Grealish, who is being closely marked by Azpilicueta.

The Spaniard crashes into the back of the England ace and the pair tumble to the ground.

Azpilicueta's head gets tangled in Grealish's arm as the former Aston Villa man stands up.

That seems to anger the Chelsea captain who refuses to move as the City star gets to his feet.

He is left bending over Grealish with his arms outstretched before he is lifted off his feet.

Azpilicuata eventually runs off before the clash develops but fans online were loving it.

One described the incident as a 'FIFA glitch'.

Fillip wrote: "Looks like Azpilicueta wants to have angry make up s*x with Grealish."

And several simply asked: "WTF is that?!"

Gabriel Jesus' goal on 53 minutes was all that separated the teams in West London.

It was Chelsea's first defeat of the season and saw them drop below City into third.

They are level on 13 points after six games but City's +11 goal difference is one better than Thomas Tuchel's side.