‘You wouldn’t be fit to clean his boots’: Father of Rhys Jones, who died aged 11 after being shot in Liverpool in 2007, hits back at sick Chelsea fan who trolled Everton supporters over tragic youngster’s death on Twitter

The father of Rhys Jones has hit back at a sickening post from a Chelsea fan after Everton’s 1-0 win over the Blues, which claimed the victory ‘won’t bring him back’.

Everton fan and season ticket holder Jones was murdered at the age of 11 after being shot by Sean Mercer in Liverpool in 2007, rocking the entire community.

Mercer was found guilty of murder and sentenced to a minimum of 22 years in prison. The club paid tribute to him after his death with a minute’s applause before their game against Blackburn, while players laid flowers, boots and shirts at the scene of the crime. 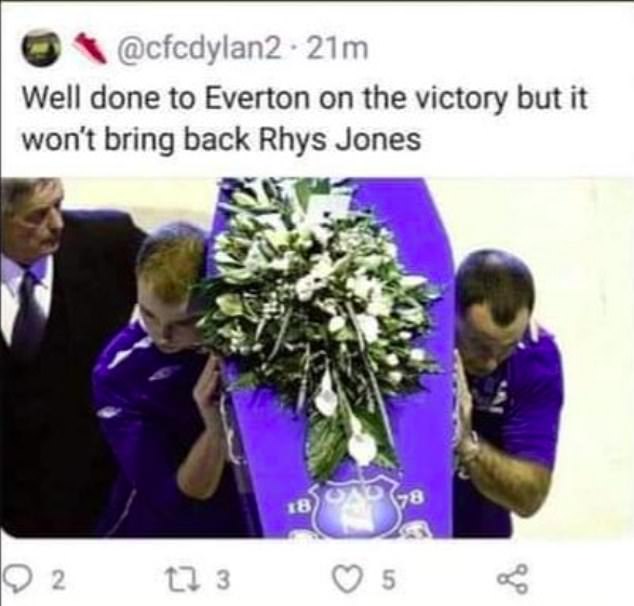 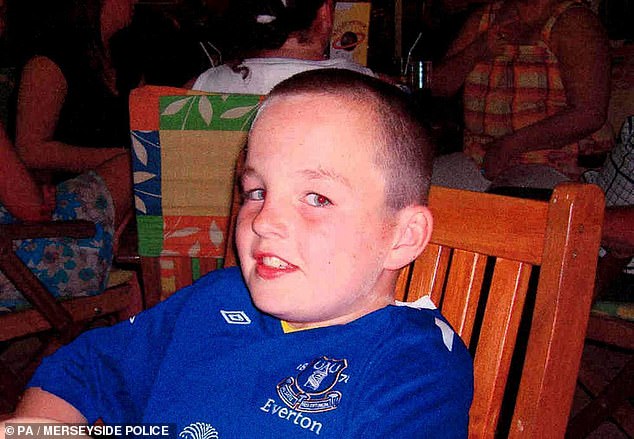 Rhys, an 11-year-old Everton season ticket holder, was murdered in a tragic shooting in 2007 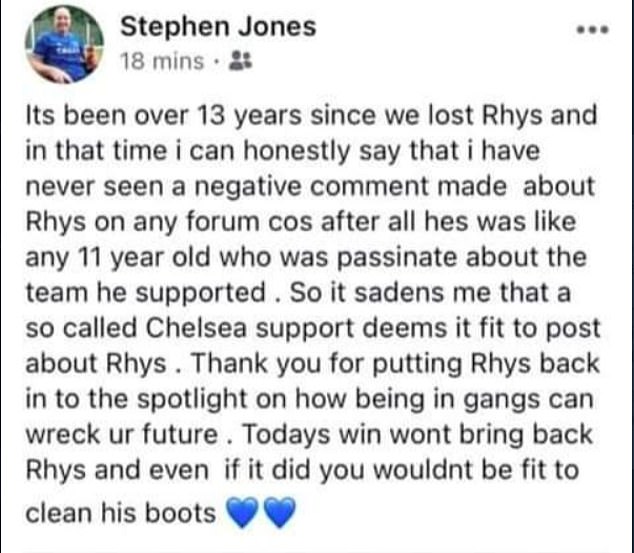 Stephen Jones said he was ‘saddened’ to read the vile post on Twitter from @cfcdylan2, which said: ‘Well done to Everton on the victory but it won’t bring back Rhys Jones,’ and included a picture of his coffin being lifted up at his funeral.

The account has since been deleted, but Stephen thanked him for putting him back in the spotlight to raise awareness about gangs and insisted that the supporter ‘wouldn’t be fit to clean his boots’.

‘It’s been over 13 years since we lost Rhys and in that time I can honestly say that I have never seen a negative comment made about him on any forum [because] after all he was an 11-year-old who was passionate about the team he supported. 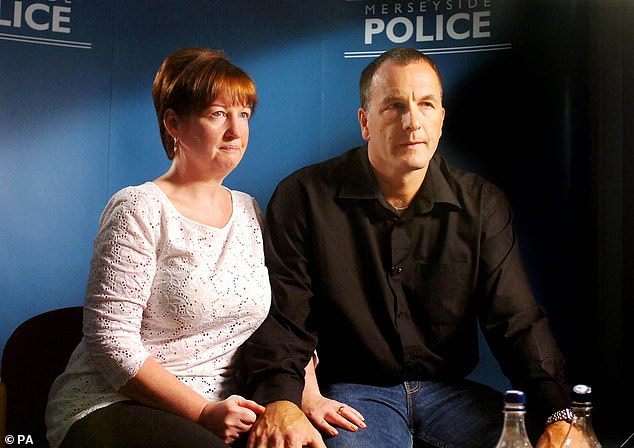 Stephen (right), pictured next to wife Melanie, thanked the troll for bringing light to the dangers of being in gangs 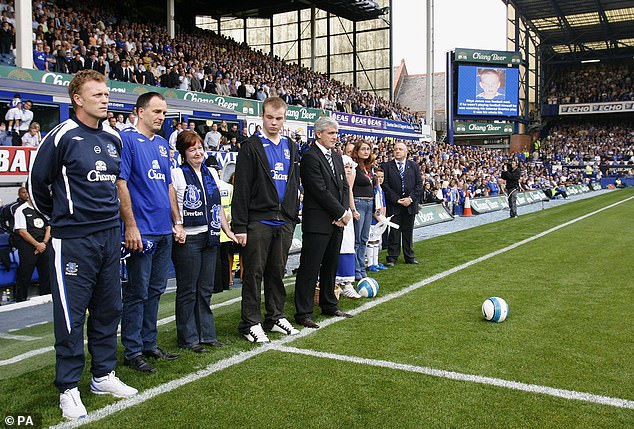 ‘So it saddens me that a so-called Chelsea supporter deems it fit to post about Rhys. Thank you for putting him back in the spotlight on how being in gangs can wreck your future. Today’s win won’t bring back Rhys but even if it did you wouldn’t be fit to clean his boots.’

The post has won huge praise from a host of football fans, with one calling him ‘a genuine credit to this city’, while others called him a ‘brave man’ and praised his strength.

Everton won the game against Chelsea thanks to a solitary goal from Gylfi Sigurdsson from the penalty spot, which dented Chelsea’s title hopes.