THE 2020 Olympics are finally upon us after a year-long delay.

Some big-name football stars are set to grace the tournament this summer, with Spain naming a particularly strong squad, including wonderkid Pedri. 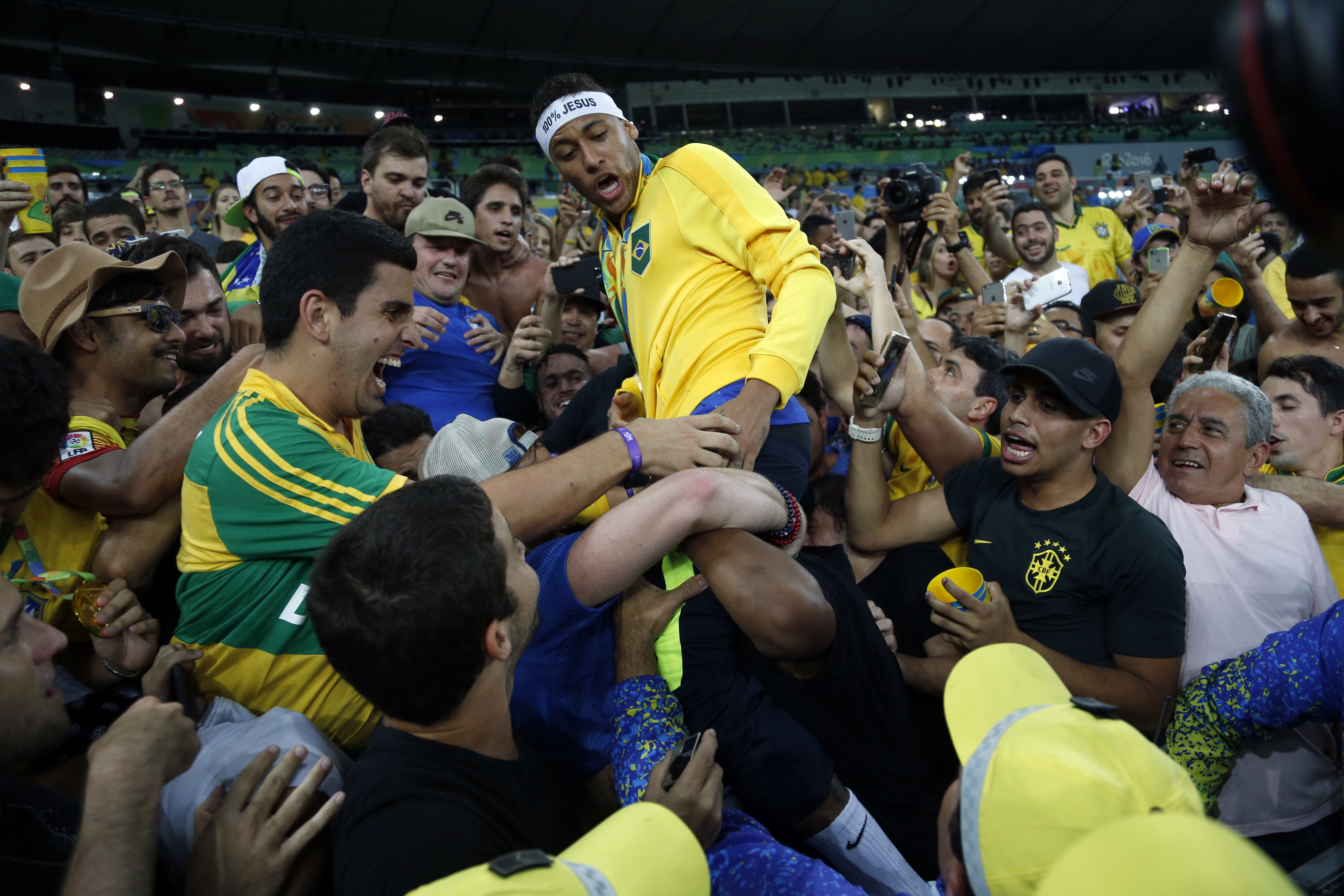 With just days to go until the tournament kicks-off, we've taken a look at five of the most-memorable moments in Olympic football history.

From South American fireworks from Brazil and Argentina to a shock winner at Atlanta 1996, there have been some incredible moments in recent history.

Check out the best, below.

RONALDINHO, Ronaldo, Roberto Carlos, Romario, Rivaldo… just a few Brazil stars to have tried and failed to deliver Olympic gold to their nation.

In fact, Brazil hadn't won the Olympics until 2016 after yet more final heartbreak at London 2012 – when Neymar inspired them on home soil in Rio de Janeiro.

They got off to a slow start five years ago much to the irritation of home fans, with draws against South Africa and Iraq in the group stage, as an early exit loomed large.

But they roared into life with a 4-0 drubbing of Denmark to book their spot in the quarter-finals – thanks to goals from Gabriel Barbosa (two), Gabriel Jesus and Luan.

Brazil then beat Colombia 2-0 before demolishing Honduras 6-0 in the semis to book a final showdown with Germany – with Neymar scoring three times across the two games.

Neymar then scored first in the final before Germany took the game to extra-time and then penalties.

The now-Paris Saint-Germain star even scored the decisive penalty as Brazil won their first-ever Olympic gold in football to send the host nation wild. 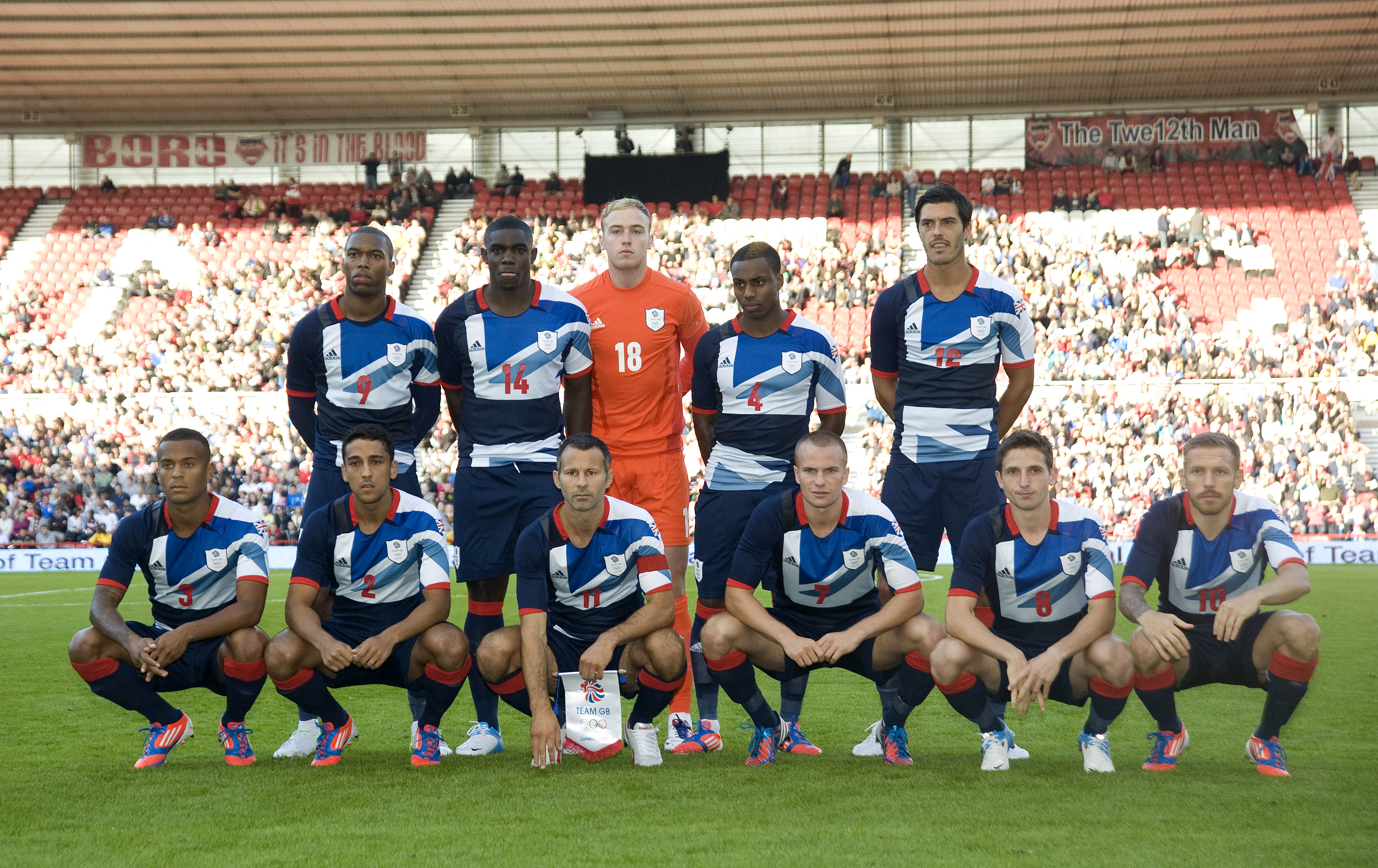 AT London 2012, Team GB were granted a place in the football competition for the first time since 1960 thanks to being the host nation.

At the time, there was huge debate as to which players should make the squad – with Stuart Pearce named boss.

No Scotland or Northern Ireland players made the final 18-man squad, with six Wales stars joined by 12 England aces as they united in scenes not seen in generations.

The likes of Jack Butland, Danny Rose and Daniel Sturridge were joined by Joe Allen, Ryan Giggs and Craig Bellamy, among others in a strong-looking squad.

Team GB topped the group with wins over UAE and Uruguay following their opening-day draw against Senegal.

But they were KO'd in the quarter-final after losing 5-4 on penalties to South Korea, as Sturridge missed the decisive spot-kick. 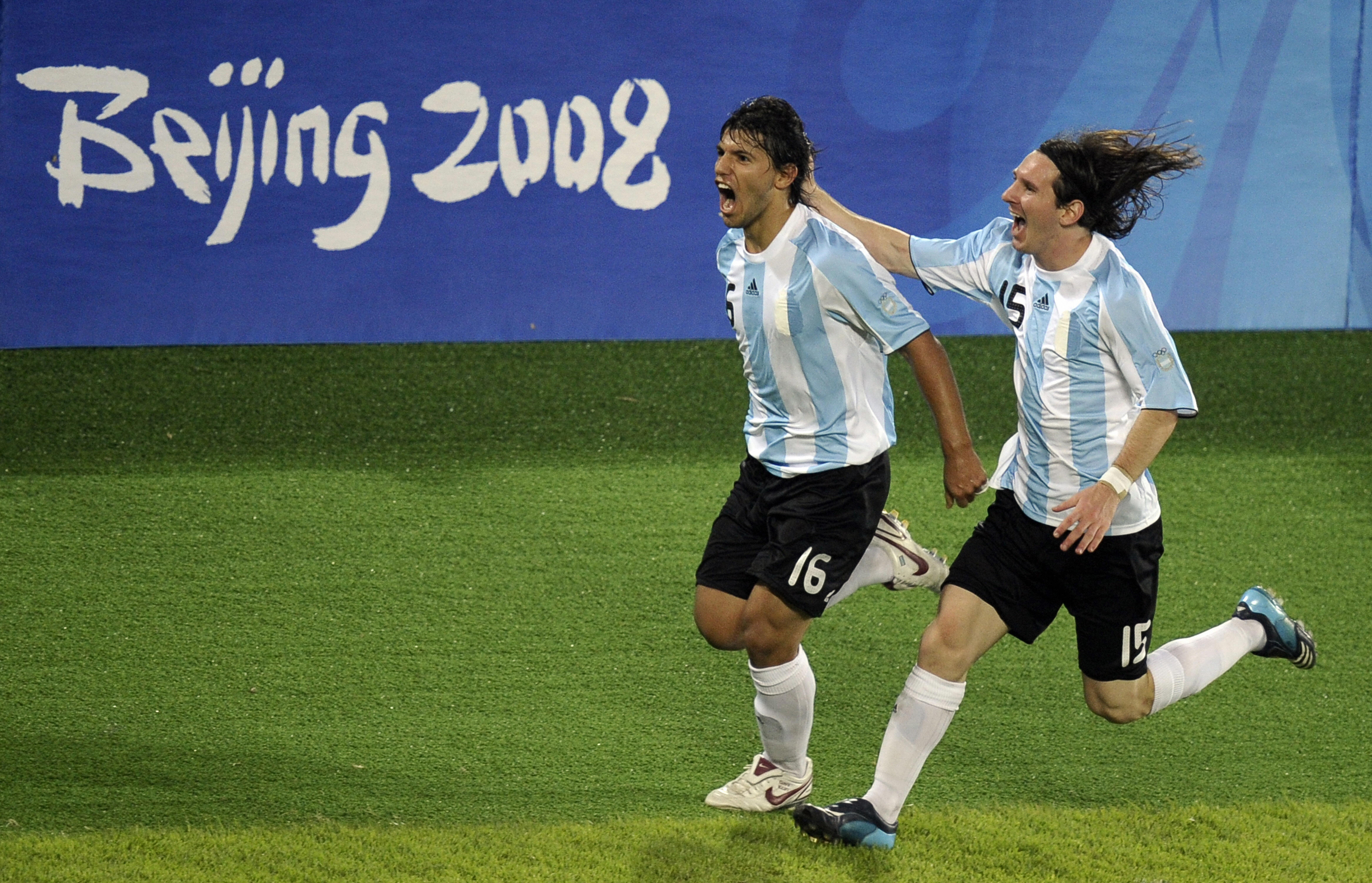 ON the back of their first Olympic gold in football at Athens in 2004, Argentina hoped to retain their crown in Beijing with an outrageously strong squad.

And they absolutely stormed to gold, with wins over Ivory Coast, Australia and Serbia in the group stage.

They then edged past Holland after extra-time before thumping fierce rivals Brazil 3-0 in the semis – before beating Nigeria 1-0 in the final. 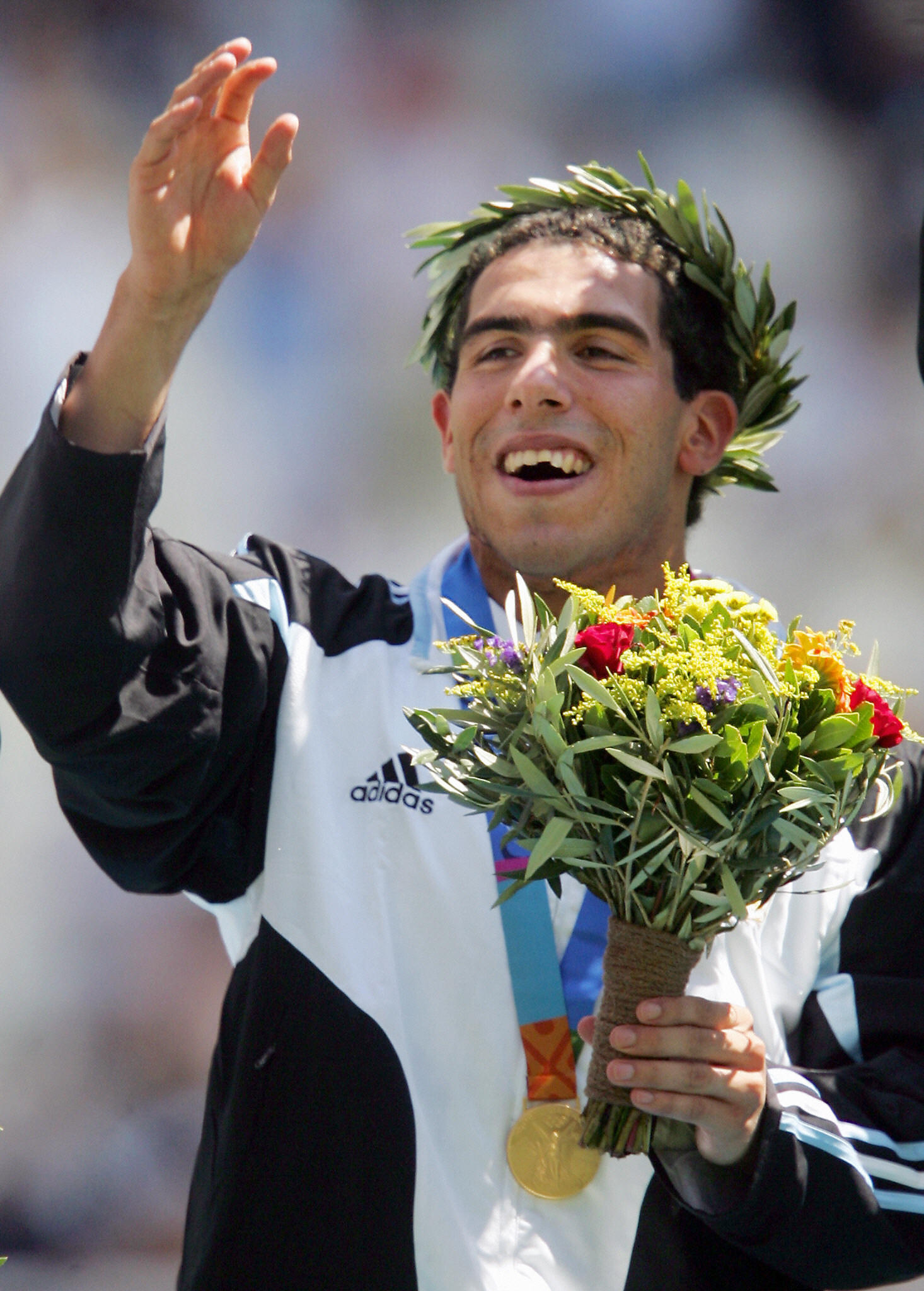 Argentina won all six games, scoring 17 times at an average of nearly three goals per match, while conceding ZERO.

A young Carlos Tevez – then of Boca Juniors – was their star that summer, as he scored eight times in just six games en route to gold.

They then thumped Costa Rica and Italy 4-0 and 3-0 in the quarters and semis respectively, before beating Paraguay 1-0 to win their first-ever Olympic gold in football.

BETTING SPECIAL – CLAIM £180 IN FREE BETS FOR THE OLYMPICS 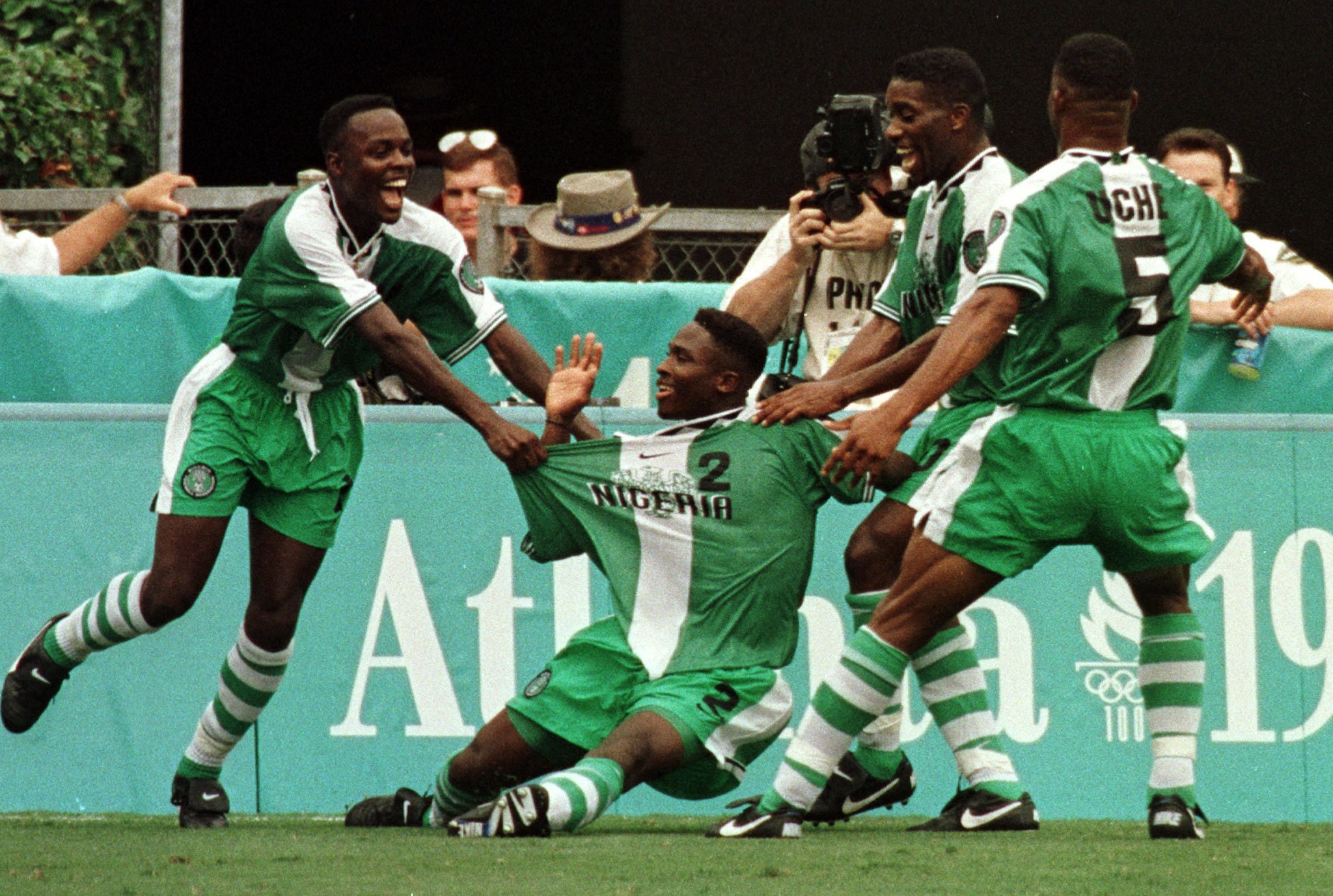 IN 1996, Nigeria were forced to pull out of the Africa Cup of Nations due to political reasons.

As such, the football-mad country went into the 1996 Olympics with low expectations for the team.

They beat Hungary and Japan 1-0 and 2-0 respectively with the likes of Nwankwo Kanu and Jay-Jay Okocha getting on the score-sheet.

A Ronaldo goal saw Nigeria lose their final group game 1-0 at the hands of Brazil to finish second.

After beating Mexico 2-0, Nigeria were forced to take on Brazil yet again in the semis.

They slipped 3-1 down only to launch a late comeback, with Kanu scoring in the final minute to force extra-time.

The ex-Arsenal striker then scored the Golden Goal to stun Brazil and fire Nigeria into the final.

Nigeria twice trailed a strong Argentina side featuring the likes of Hernan Crespo in the final.

But again they found a 90th-minute goal – this time the winner – from ex-Barcelona man Emmanuel Amunike to take home a shock gold.