His fingers were bent at a horrible angle with the striker visibly in agonising pain. 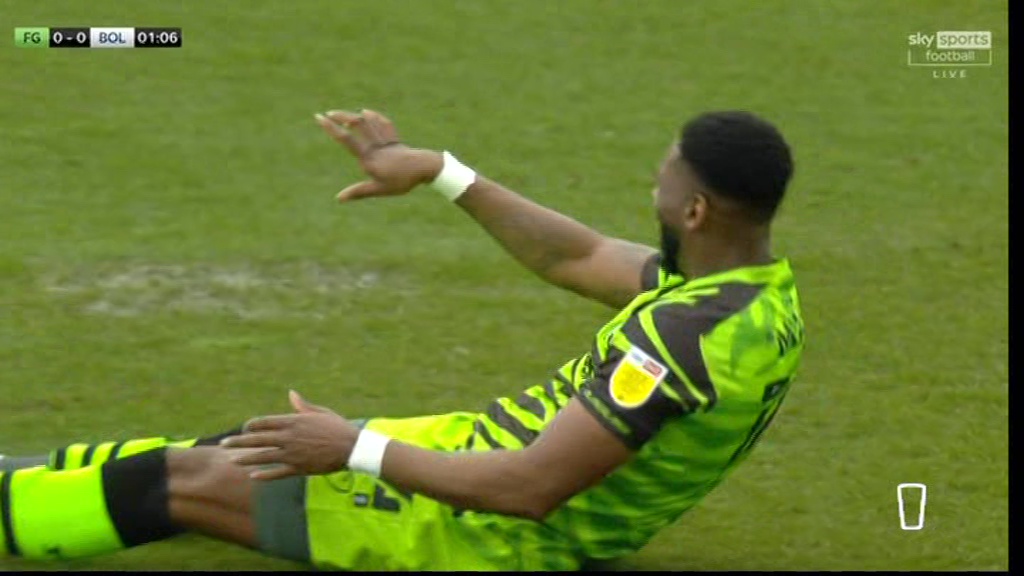 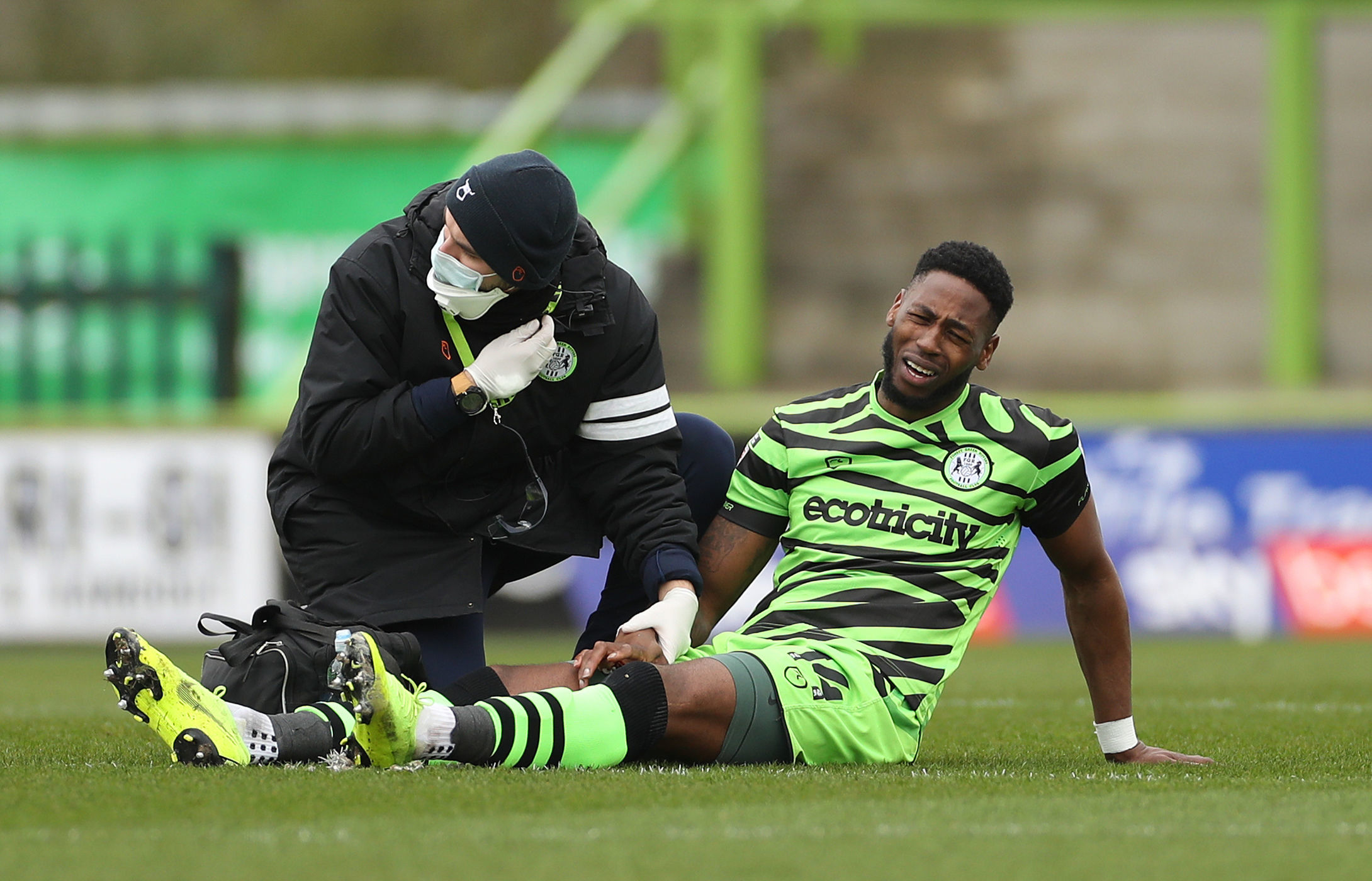 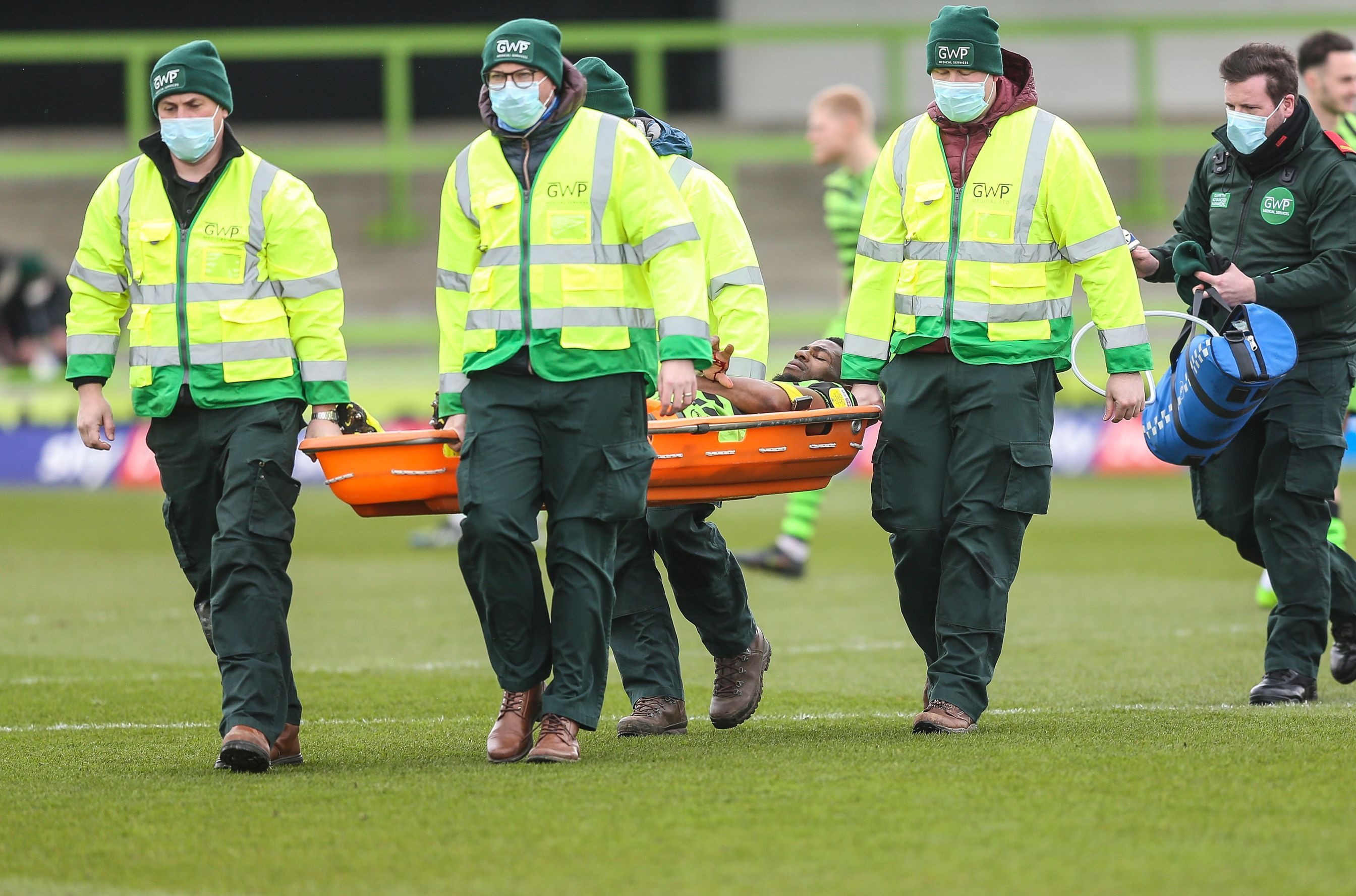 On Twitter the club said: "He's been taken to hospital for assessment – but is doing well. All the best, Jamma."

The Jamaican started up top for Rovers in their televised League Two clash with the Trotters.

But it ended in nightmarish, premature fashion just a few minutes into the game.

Following an accidental collision with Bolton's MJ Williams, the 31-year-old's fingers appeared to be bent at all kinds of sickening angles.

And the clearly distressed front-man was subsequently stretchered off.

It was all a bit much for one fan on social media, who wrote: "Jamille Matt of Forest Green Rovers putting me off my scrambled egg on toast with this horrific injury to his hand against Bolton."

While another added: "Jamille Matt’s hand looks vile – looks like he has broken all finger."

Bolton Wanderers were among those to share their concern, as they wished Matt a speedy recovery.

Matt went into the game enjoying the most prolific season of his career.

The former Plymouth Argyle, Fleetwood and Blackpool star has scored 15 goals this term, already surpassing the 14 he managed for Newport two seasons ago.

Both Forest Green and Bolton are chasing automatic promotion into League One. 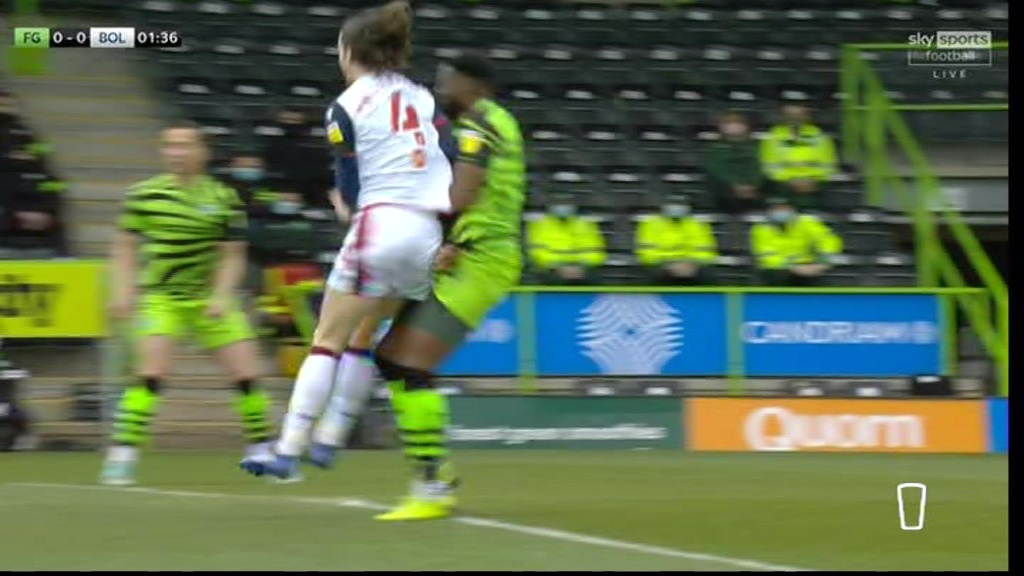 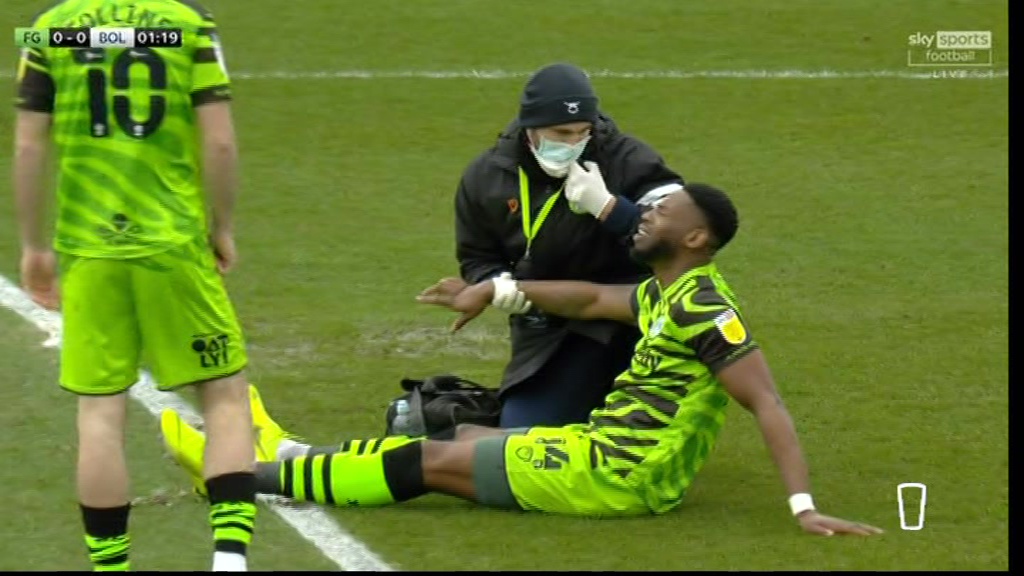 Rovers went into the game sitting in third, although Bolton knew that they could leapfrog their opponents with a win.

After today's match, Forest Green will have just nine games remaining, as they chase promotion to the third tier for the first time in their history.

And manager Mark Cooper will be desperate not to be without his star striker for too long as the season approaches its conclusion.