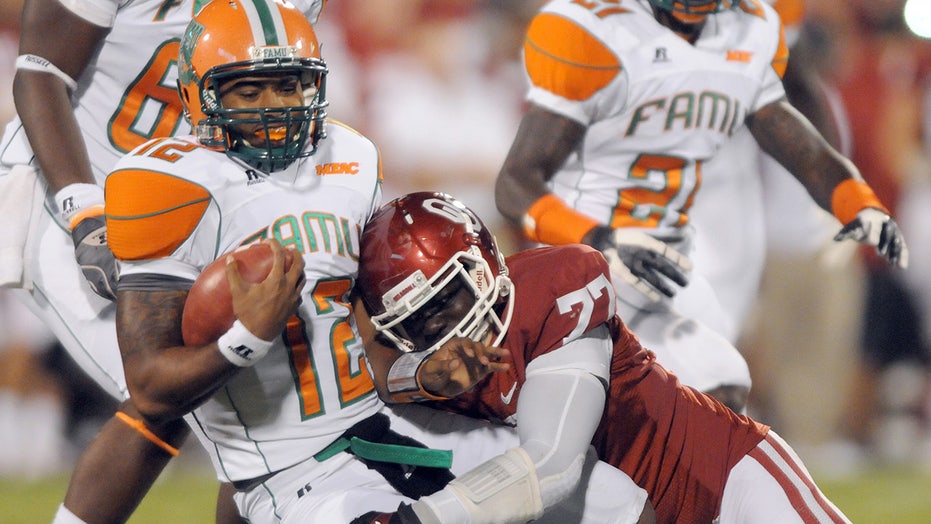 Former Oklahoma defensive lineman Marquis Anderson was killed in a shooting in Texas last week, and his former high school football teammate was arrested in the deadly incident.

Matthew Goetz, 30, was arrested in Selma, Texas on a manslaughter charge, officials said Wednesday. The incident occurred around 10:30 p.m. local time and responding officers found Goetz outside of a vehicle attending to the 28-year-old Anderson, according to KSAT, the ABC affiliated TV station in San Antonio.

Police said Anderson had been shot in the abdomen. Witnesses told police they heard a gunshot and saw a man matching Goetz’s description, the station reported. Goertz was reportedly in the car and got out to walk to the driver’s side and screamed.

A pistol was recovered from the passenger’s seat and there was gun residue on Goetz’s hand, the station reported.

Anderson and Goetz played together at Steele High School in Cibolo. Goetz told investigators he was old friends with Anderson and had been drinking, according to 24/7 Sports.

“Marquis was always the person to go out of his way to put a smile on anyone’s face,” A GoFundMe set up for Anderson’s family read. “He loved to make others laugh, and was such a genuinely loving person. He held a special place in the hearts of anyone that had the pleasure to meet him and will truly be missed.

“We are all devastated by this loss, but hopefully we can find comfort knowing that he is looking down and smiling his goofy grin on all of us. Please consider donating to help with the unforeseen expenses of his passing in order to ease the pain/grief of his loved ones.”

Anderson recorded five tackles for the Sooners in 2012.