AARON RAMSEY has cost Juventus a whopping £6.4million-per-goal and more than £650,000-per-appearance since signing for FREE in the summer.

The Serie A champs seemed to have bagged a bargain when they snapped up the Welshman for nothing but his injury ravaged campaign has ended up costing them a fortune. 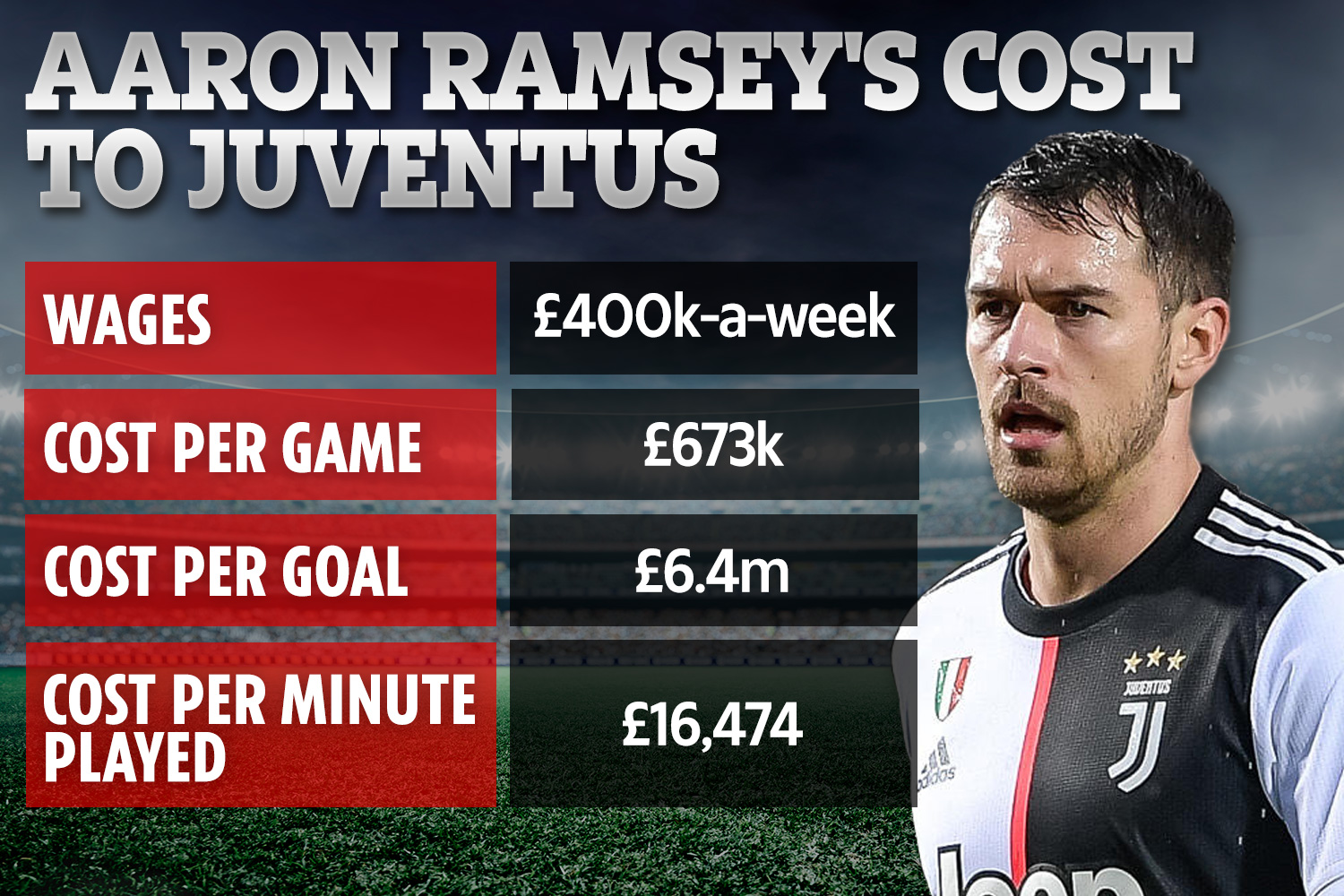 Arsenal were widely criticised for letting the 29-year-old leave but they were unwilling to match the eye-watering £400k-a-week Ramsey pockets in Turin.

But the apparent steal the Old Lady picked up seems to have backfired with Ramsey making just 19 appearances in his 32 weeks in Italy.

Many of those have been off the bench and he has totalled just 777 minutes on the pitch scoring just twice since his bumper contract kicked in on July 1.

Despite this paltry return, Ramsey has bagged a staggering £12.8m in wages in that time and remains one of the highest paid footballers in the world.

The cost-per-game figures do not make pleasant reading for the Italian giants, they will almost certainly recoup all of the money they've lost so far if they offload Ramsey in the summer.

Having struggled for game time under Maurizio Sarri – himself under pressure – Ramsey is said to be an Arsenal target with the club reportedly lining up an emotional reunion.

But the Gunners could face competition from Manchester United where the Welsh international would fit in perfectly, according to Tony Cascarino.

Earlier this month the former Cardiff City man treated his wife Colleen to a fancy wine tasting experience at a picturesque vineyard for her birthday.