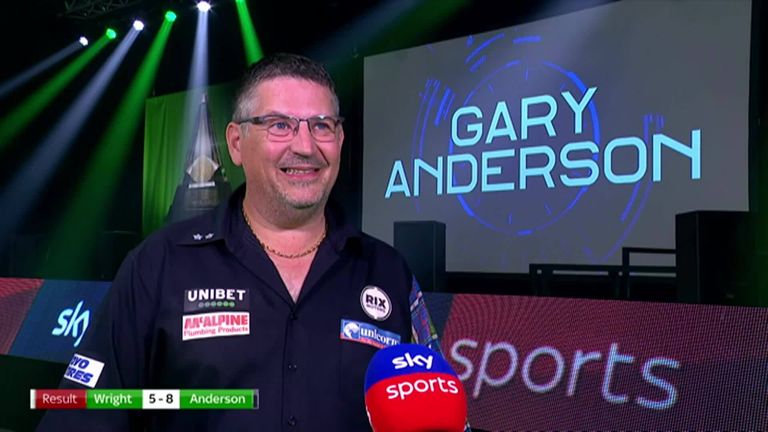 Gary Anderson was in majestic form on Friday night as he overcame a 5-2 deficit by winning six successive legs to beat Peter Wright 8-5.

It followed his 7-4 win over Michael van Gerwen on Judgement Night in continuing an admirable response to Wednesday’s 7-1 defeat to Gerwyn Price.

Reigning world champion Wright raced into a 3-0 lead, although his early advantage was more to do with some excellent finishing than Anderson playing poorly.

In fact, ‘The Flying Scotsman’ looked strong throughout and did well to stay patient before moving into the ascendancy after 10 legs.

“Peter was taking some good finishes but I thought ‘just play for the legs now’,” Anderson said. 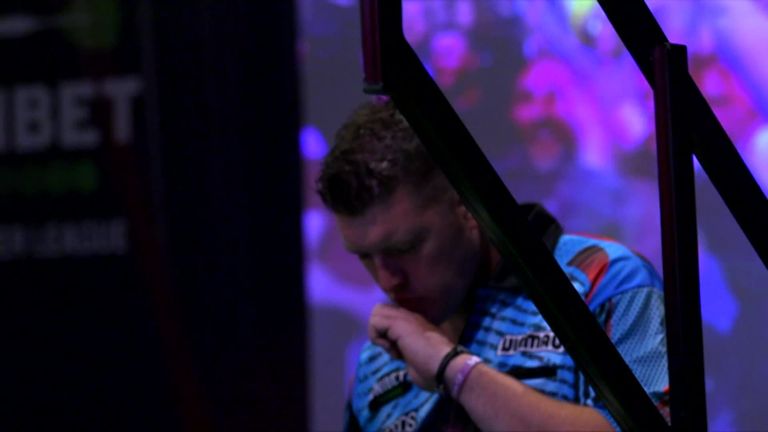 “At 5-5 I fancied it, they were starting to go a lot better into the board, sitting how I wanted them to sit and it rolled off, put the pressure on him.”

On what was going through his head at 5-2 down, Anderson joked: “I think I remembered I’ve got to do gardening, I missed a bit before I left and have to get back on the lawnmower and get the grass cut.

“Peter took some good checkouts and it’s one of those things, you expect the big lads to take out the big finishes and he did. At 5-5 I went ‘I’ve got this’ and kind of turned the table didn’t I.”

It made it three wins from four for Anderson since the Premier League’s return, meaning he occupies fourth spot in the table, level on 12 points with third-placed Wright and second-placed Van Gerwen behind Glen Durrant. 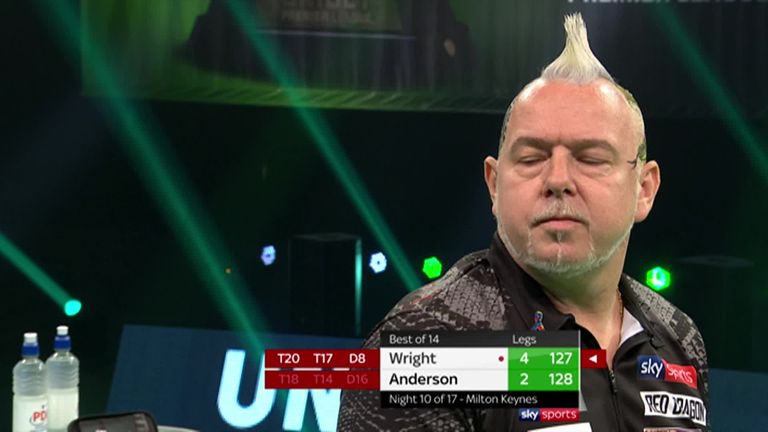 The consecutive-nights format is seemingly working in his favour in regards to the continuity and ability to build momentum.

“It will help me out because if you told me I was going to play five, 10, 11 nights of darts on the trot I’d probably laugh at you,” he said.

“I’ve not done that for about two-and-a-half years. It’s good. The more that you get playing, to me it will help me because I’m constantly playing.

“If I went back home now for a week I would not touch a dart, so being here the only thing I can do is play darts.” 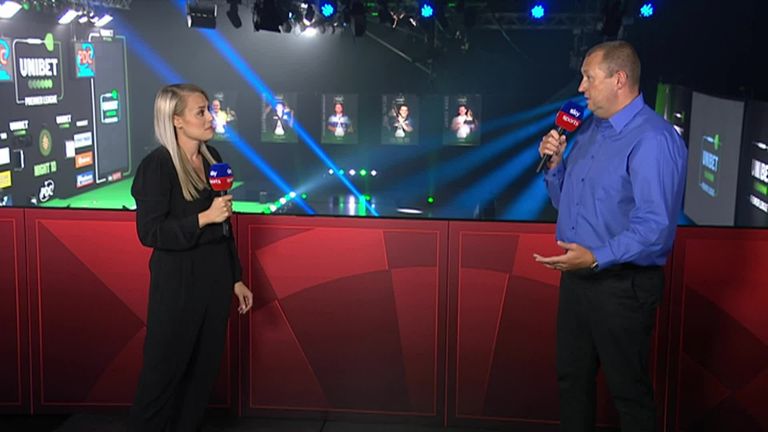 Anderson impressed yet again while playing with a new set of darts, although he downplayed the idea that he is throwing with confidence.

“Confidence, that’s one thing I’ve definitely not got,” he said. “I just kind of throw and hope they go well.

“That’s the way it goes. But, I’m playing with a new old set of darts so I’m still trying to work them out. Once I found out how to get them to lie right in the board, tonight I was alright, I felt comfortable.”

Although coy about his own form, Anderson earned the praise of Wayne Mardle, who recognised his win over Wright as the performance of the evening.

“I don’t know if it’s the darts, I just know that he looks smooth again and Peter Wright was the quicker of the two players,” said Mardle.

“I never thought I would say that. But Gary just looked effortless and when he does, I do just want to sit back, relax and watch him because to just have that talent for five minutes, that’s all I want!” 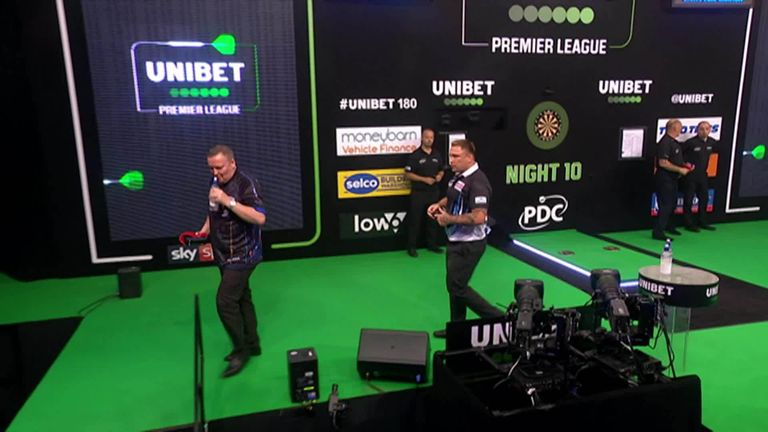 Fourth meets first on Saturday as Anderson comes up against the in-form Durrant, who continued his exceptional run with a win over Gerwyn Price.