MANCHESTER UNITED boss Ole Gunnar Solskjaer looked like a man with the weight of the world on his shoulders as he drove into training today.

The 41-year-old Norwegian is fighting for his job following the shambolic 5-0 home defeat to Liverpool last weekend. 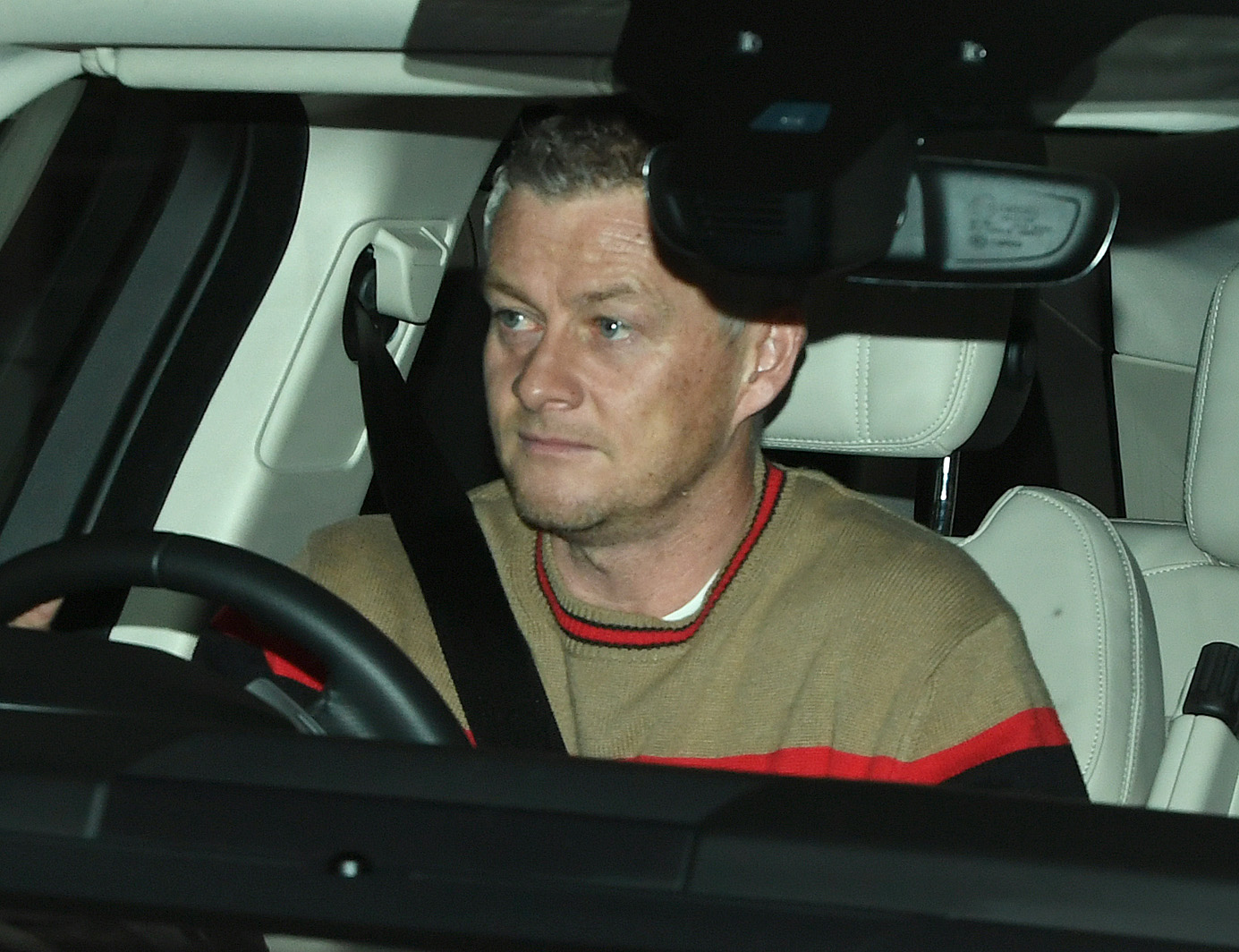 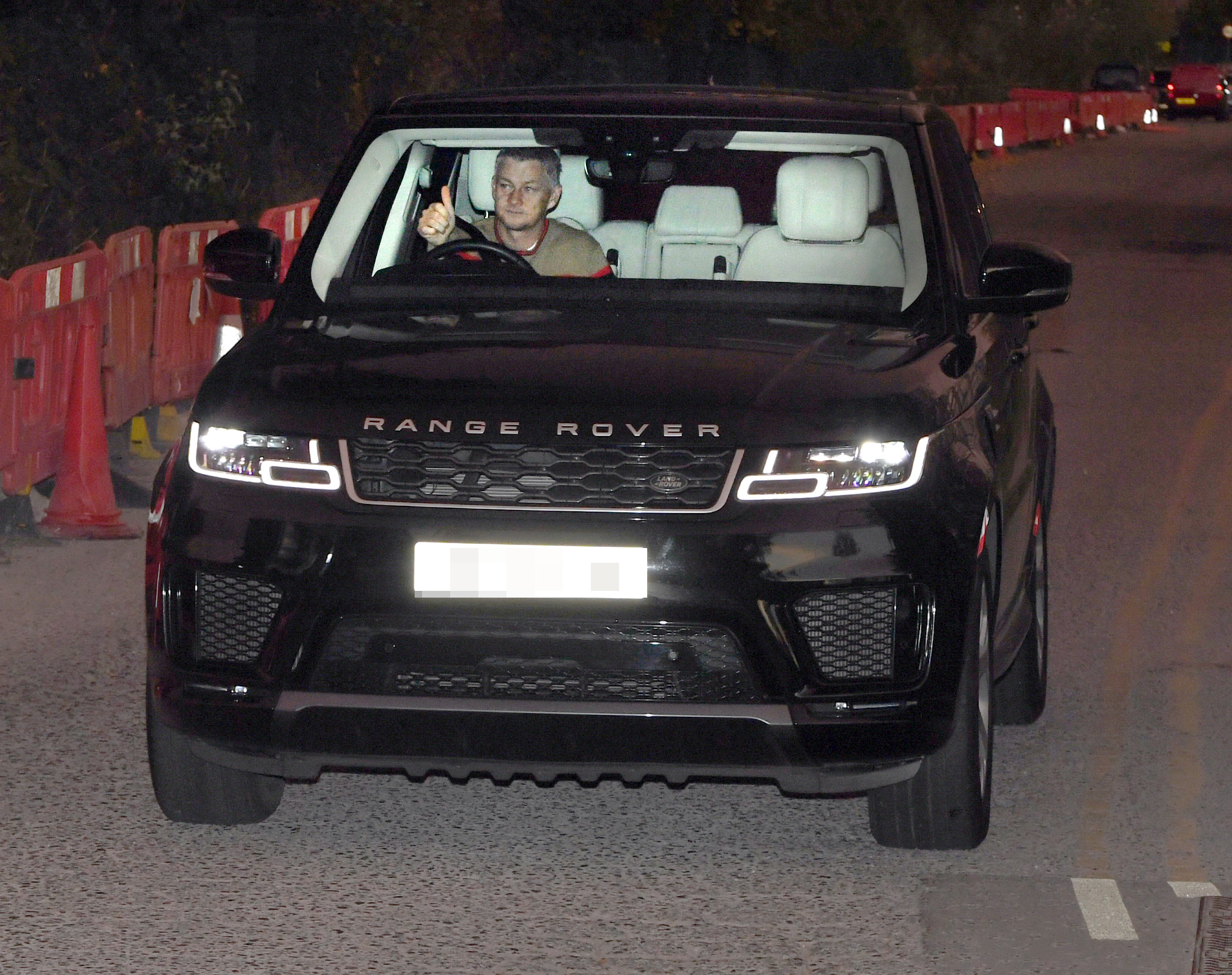 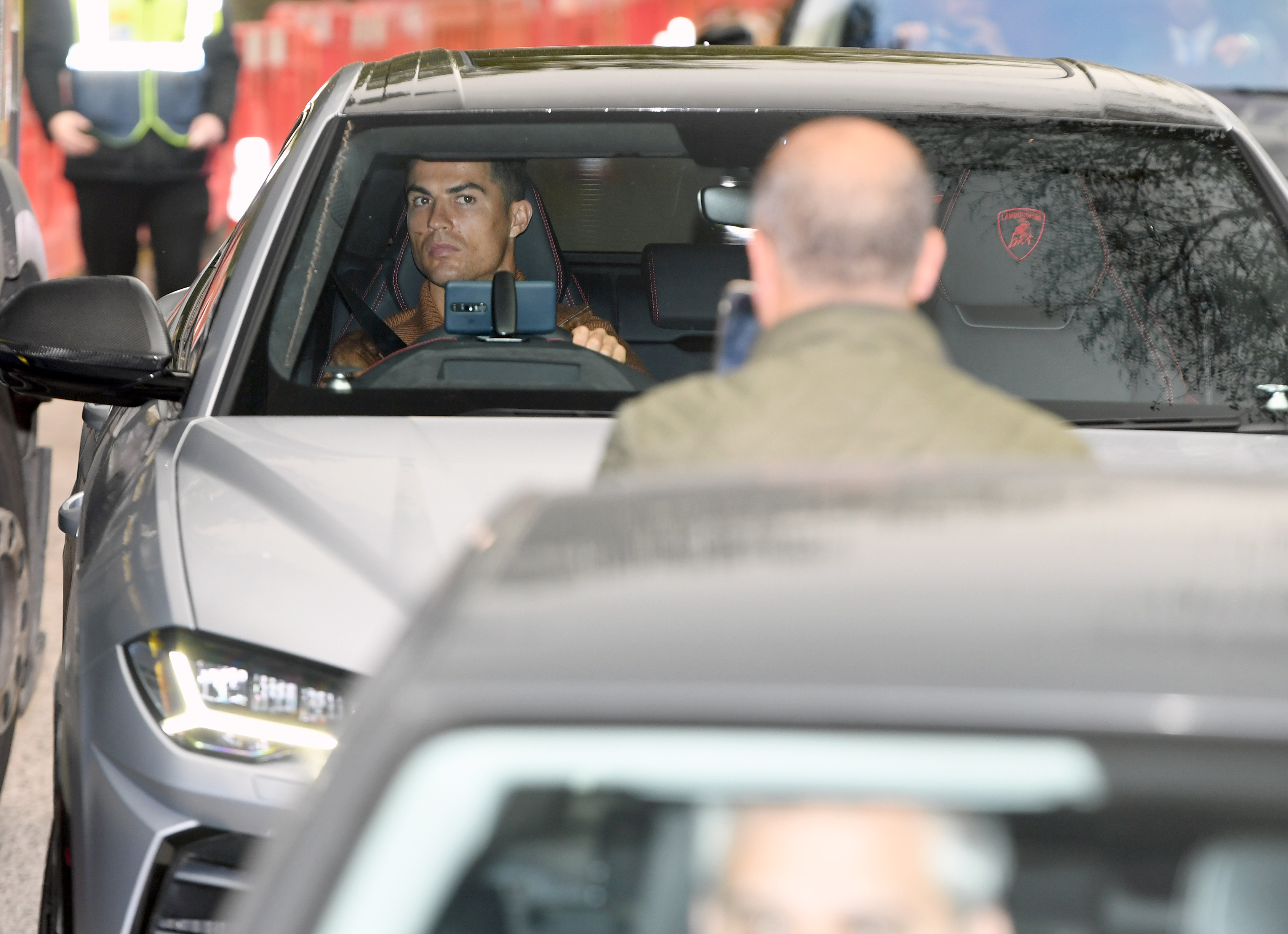 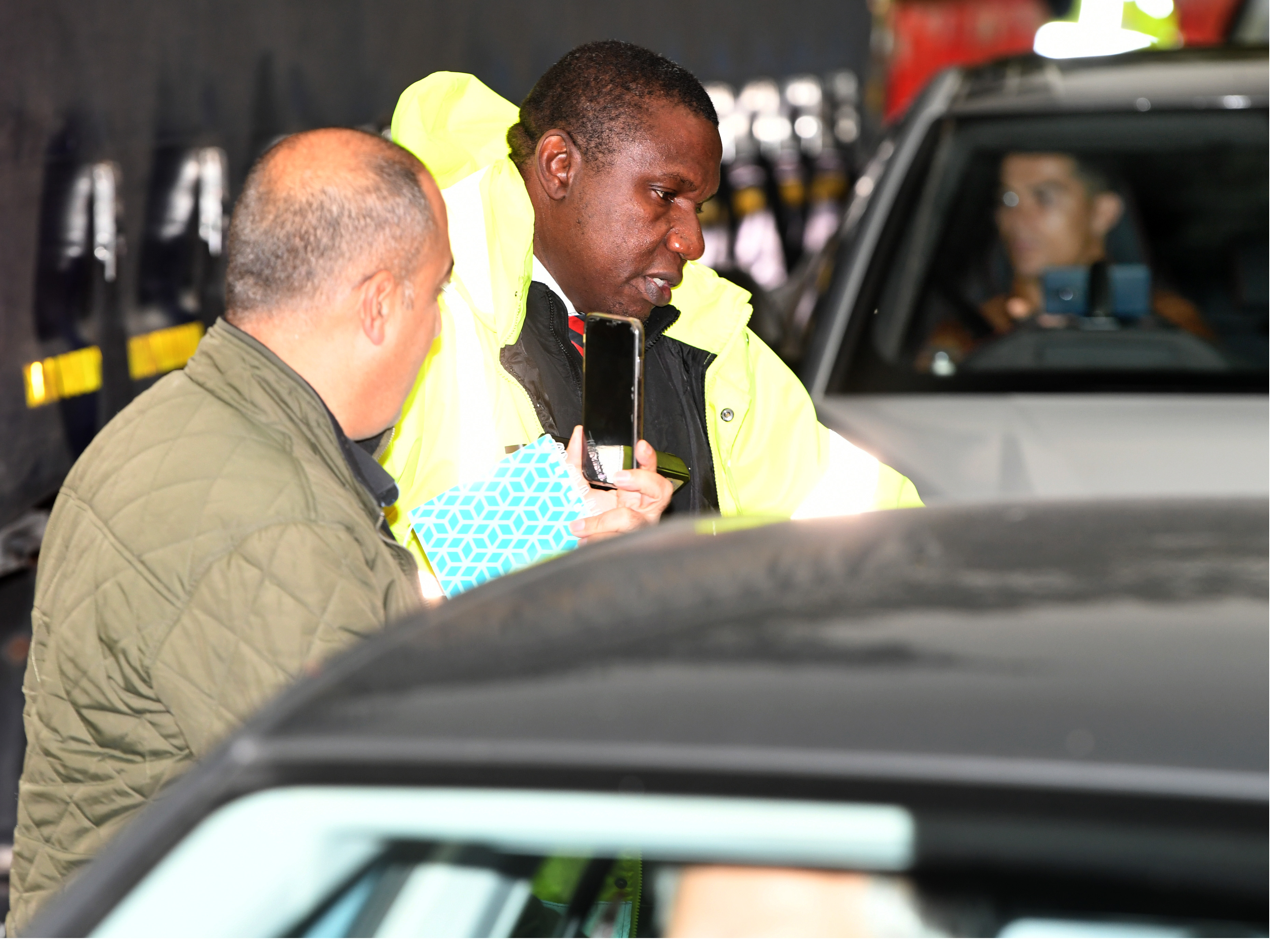 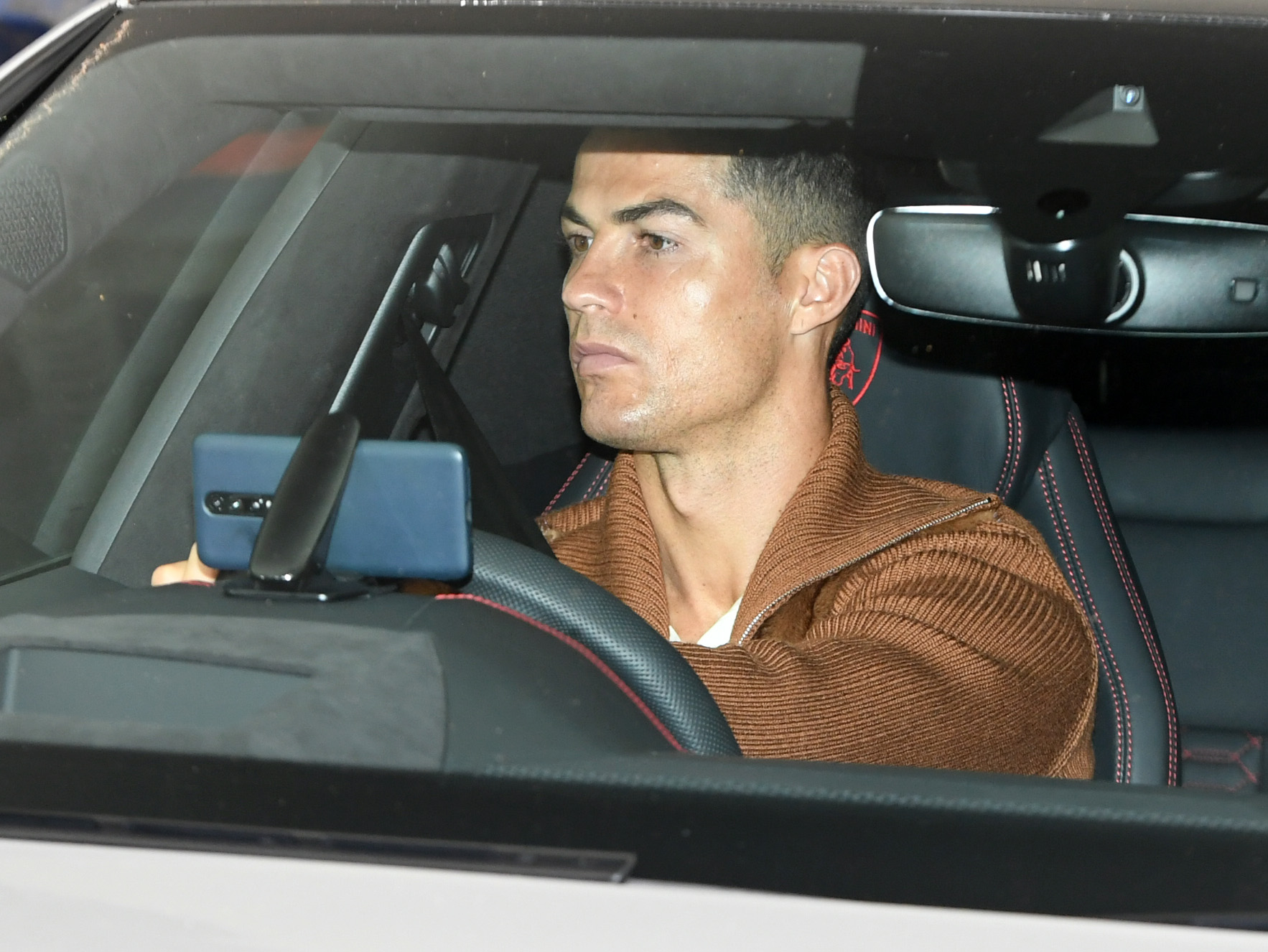 And Solskjaer appeared tired and unshaven as he drove his car into Carrington this morning.

And star man Cristiano Ronaldo also had some problems of his own to deal with.

The 36-year-old was held up on route to the complex when a fan ran out into the road to snap a photo of the five-time Ballon d'Or winner behind the wheel.

Security quickly jumped in to push the man to the side.

Ronaldo looked as frustrated as Solskjaer must feel, as the United boss faces a potential do-or-die clash against Tottenham this weekend.

Despite United saying that his job is safe 'for now', defeat to their London rivals would surely spell the end of Solskjaer's tenure at Old Trafford.

Fans flooded out of Old Trafford in their thousands well before full-time during the embarrassing thrashing by Liverpool.

And United chiefs would have to put their hands in their pockets to pay off their Champions League-winning hero. 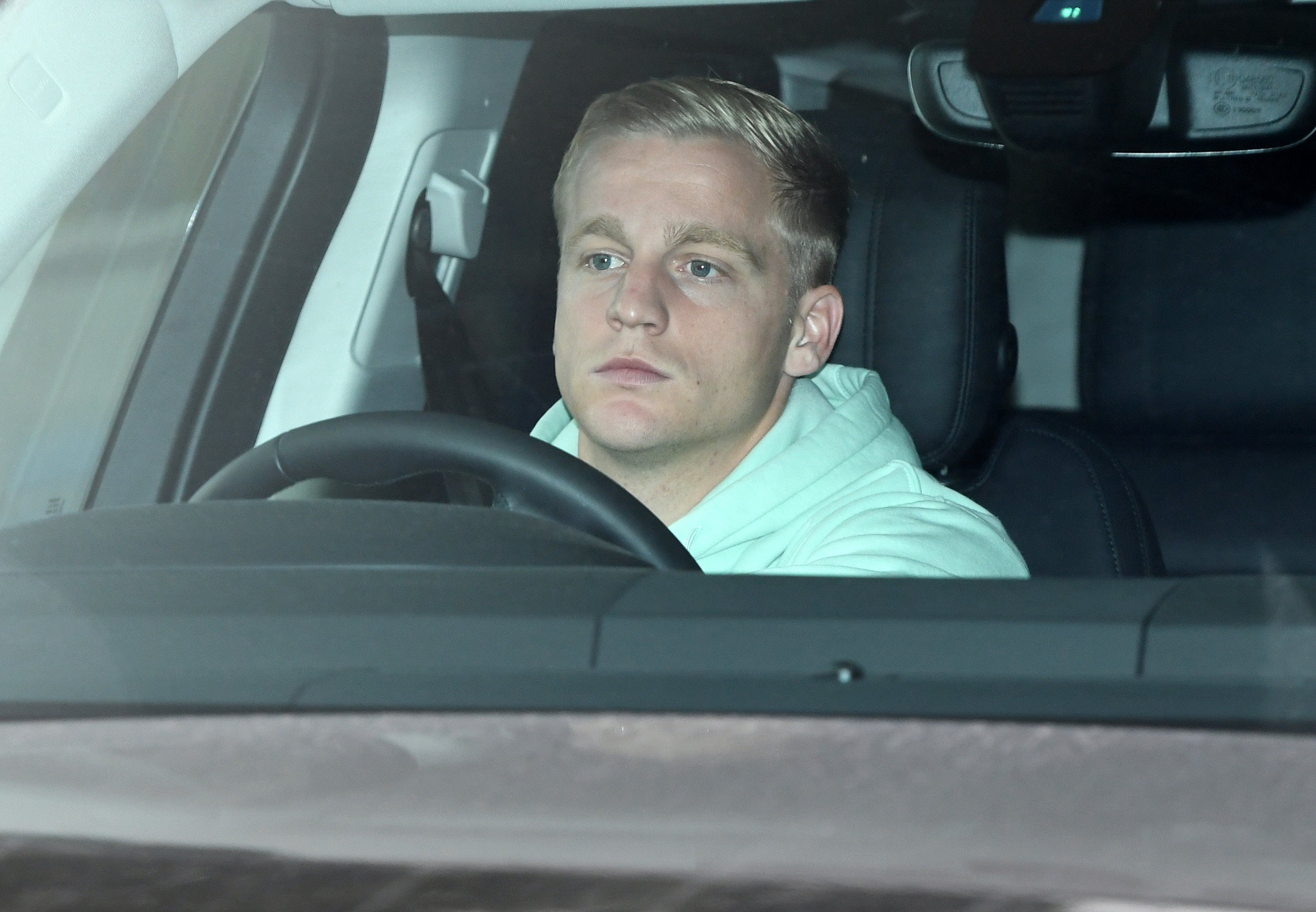 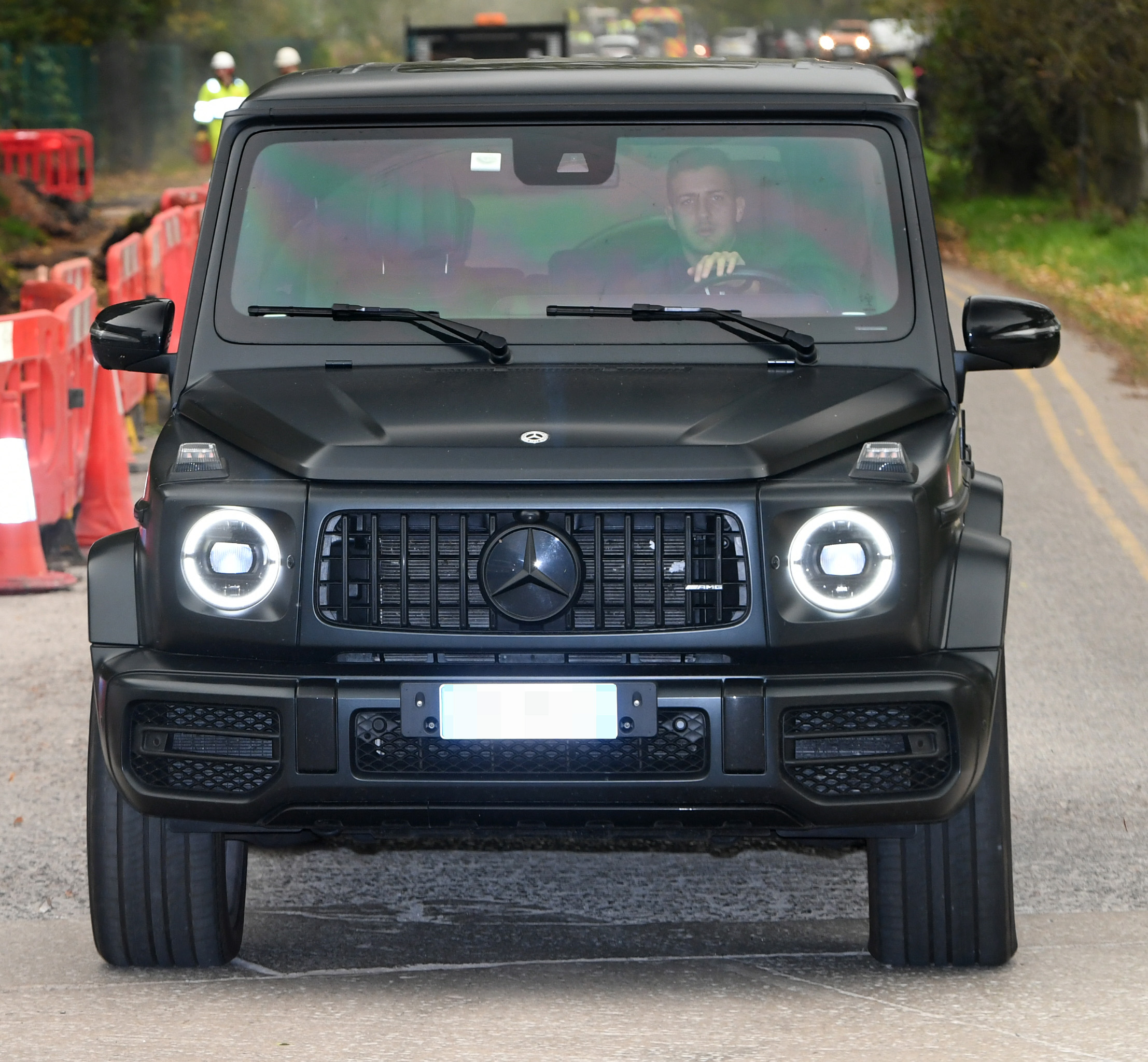 SunSport exclusively revealed Solskjaer will be due a heft £7.5m if he is axed.

The Old Trafford board are understood to be split over whether to give him the boot amid inner turmoil.

And he would have to be given a full year's salary as a severance package by the club.

He is behind Pep Guardiola, Jurgen Klopp, Brendan Rodgers and Marcelo Bielsa in the salary stakes.

Antonio Conte is believed to be on a shortlist of four managers to replace Solskjaer, along with Brendan Rodgers, Zinedine Zidane and Erik ten Hag.

And according to Italian website Gazetta, the former Chelsea and Inter Milan gaffer has already given United the thumbs up. 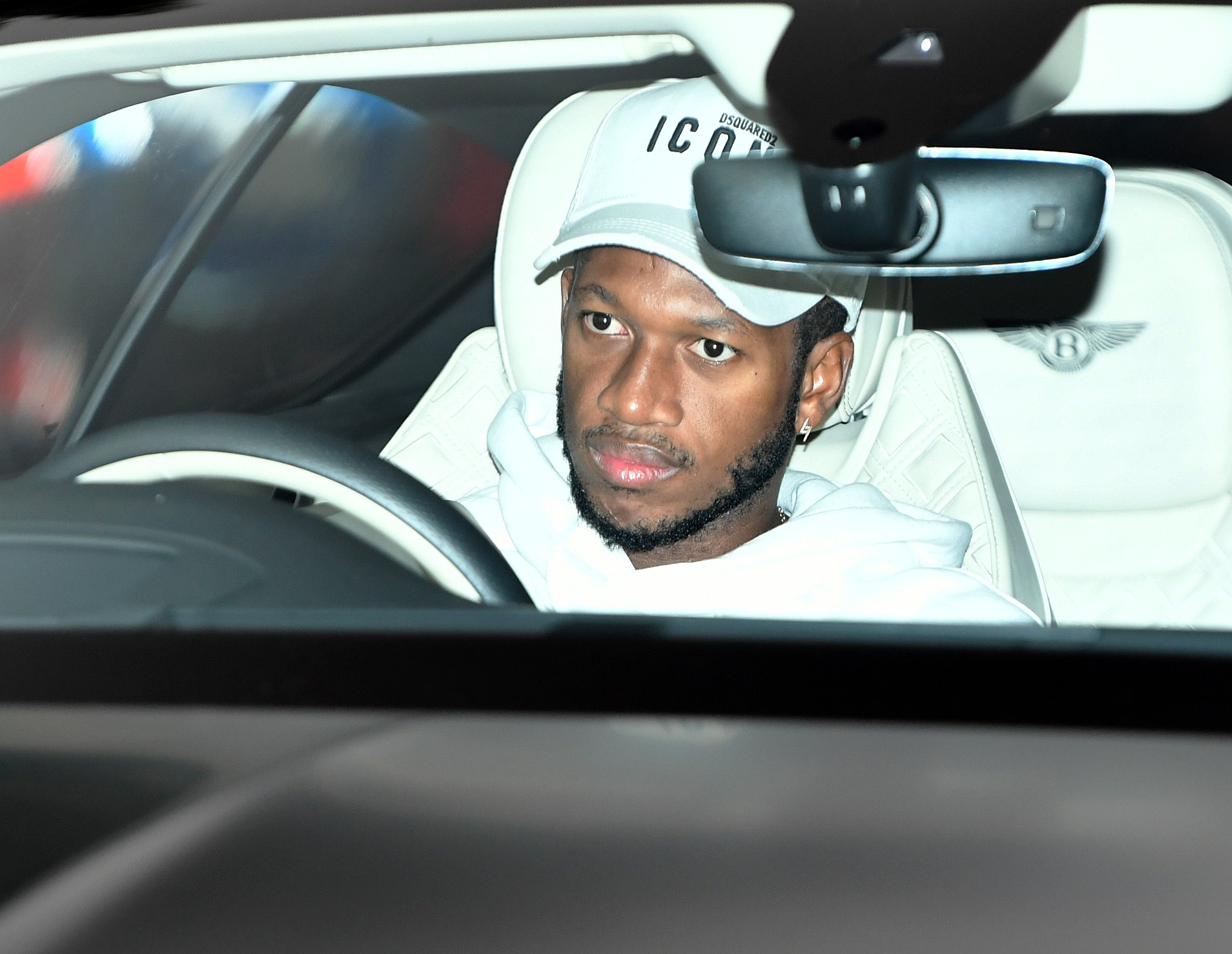 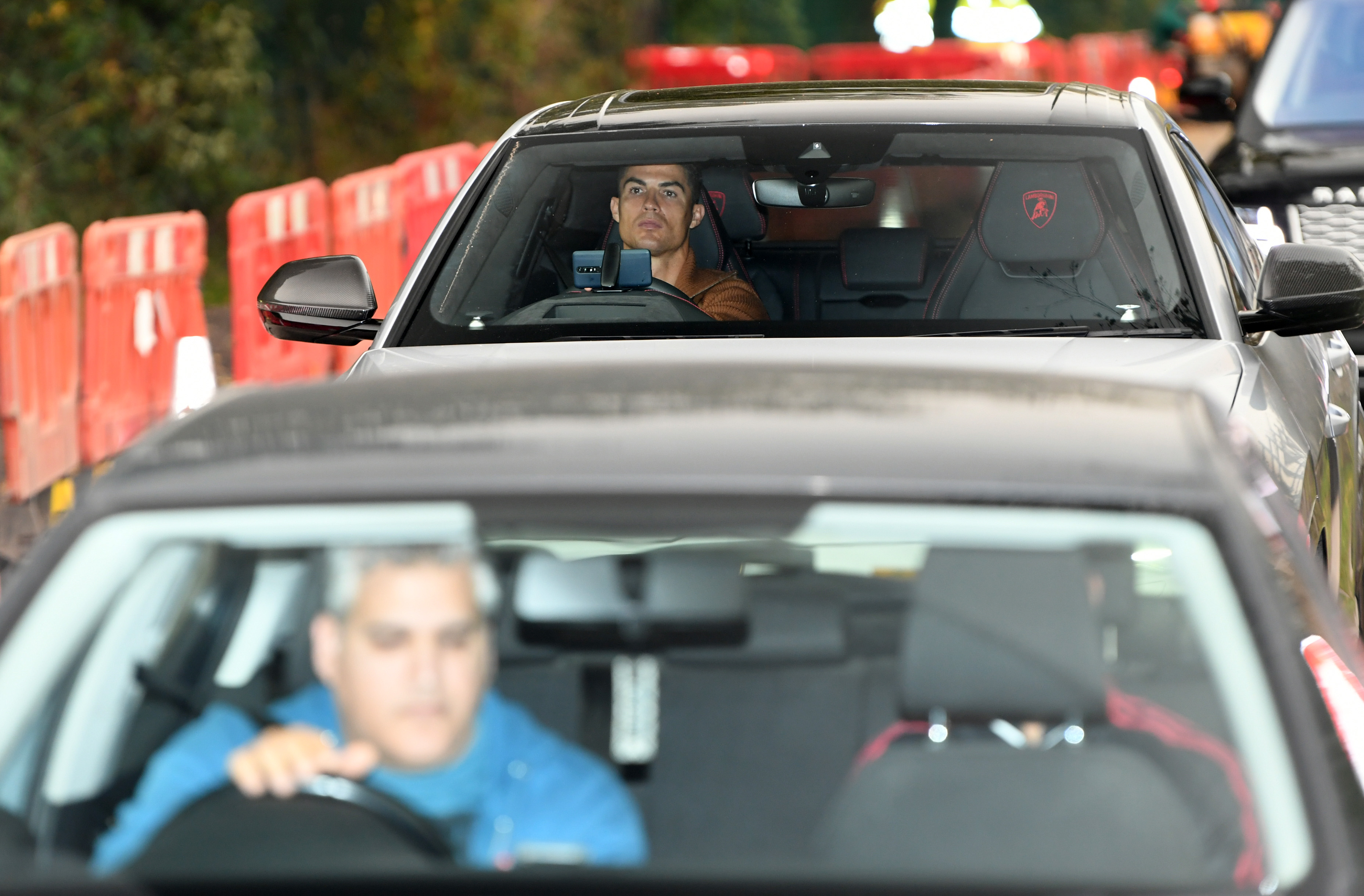 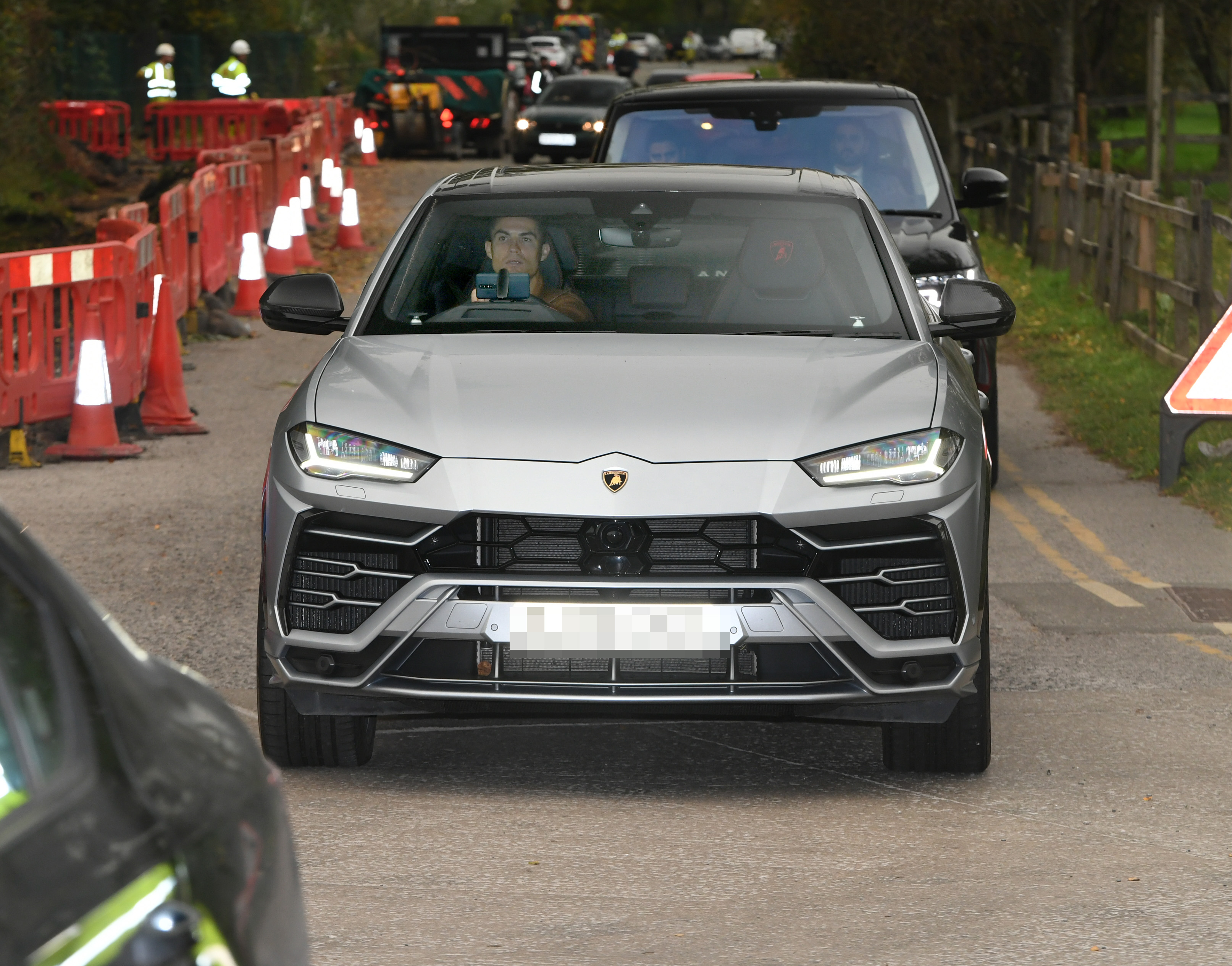 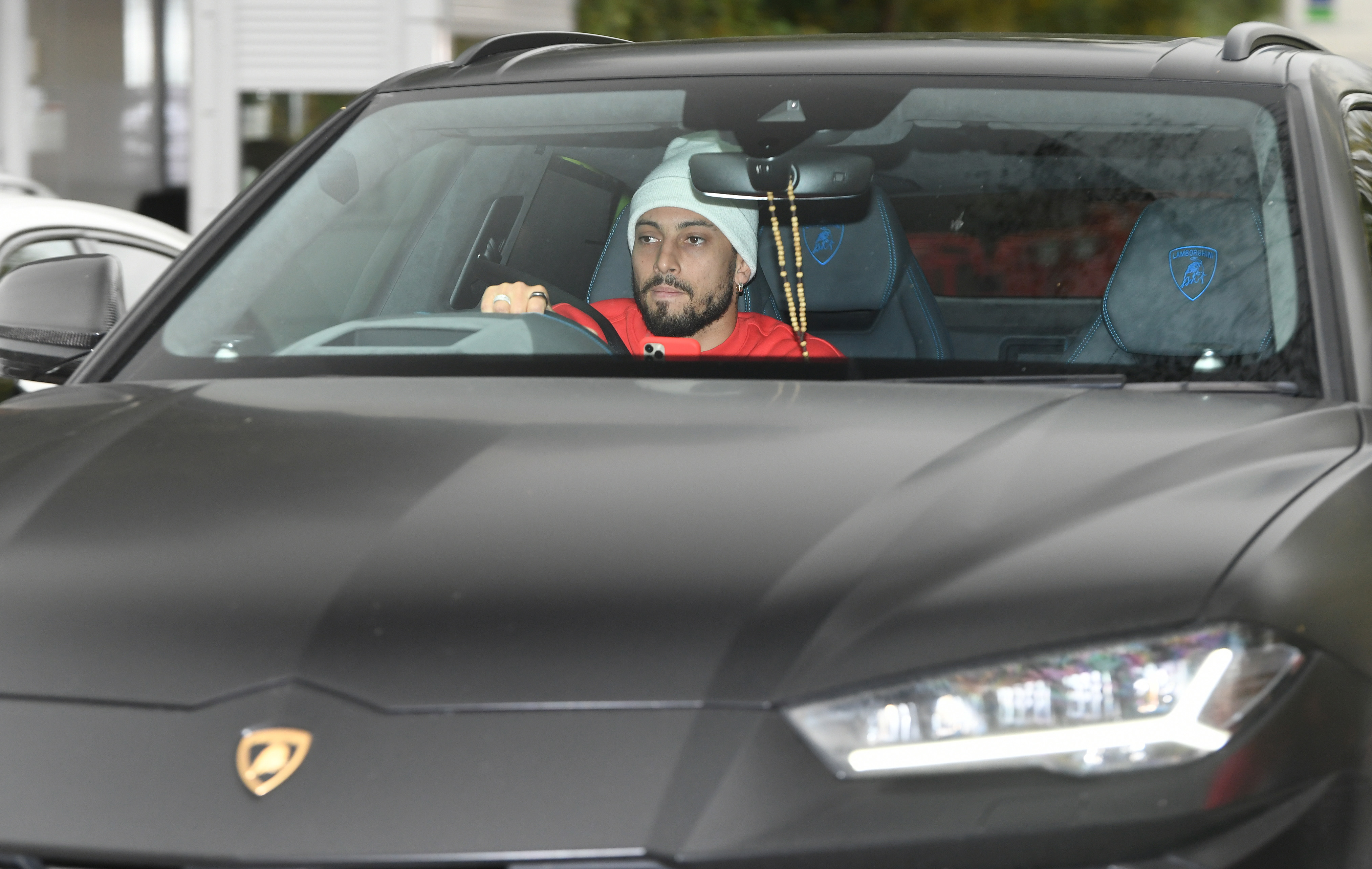 They claim that he is eager to help 'restore' the club back to their former glories.

The Red Devils travel to Spurs, with a loss all-but seeing an end to his two-and-a-half-year reign in charge.

His side have a horror run of fixtures coming up, including Atalanta away in the Champions League.

They then have in-form rivals Manchester City at home, with fears of another Old Trafford embarrassment.

That follows on with tricky tie away at league leaders Chelsea before taking on in-form Arsenal at home. 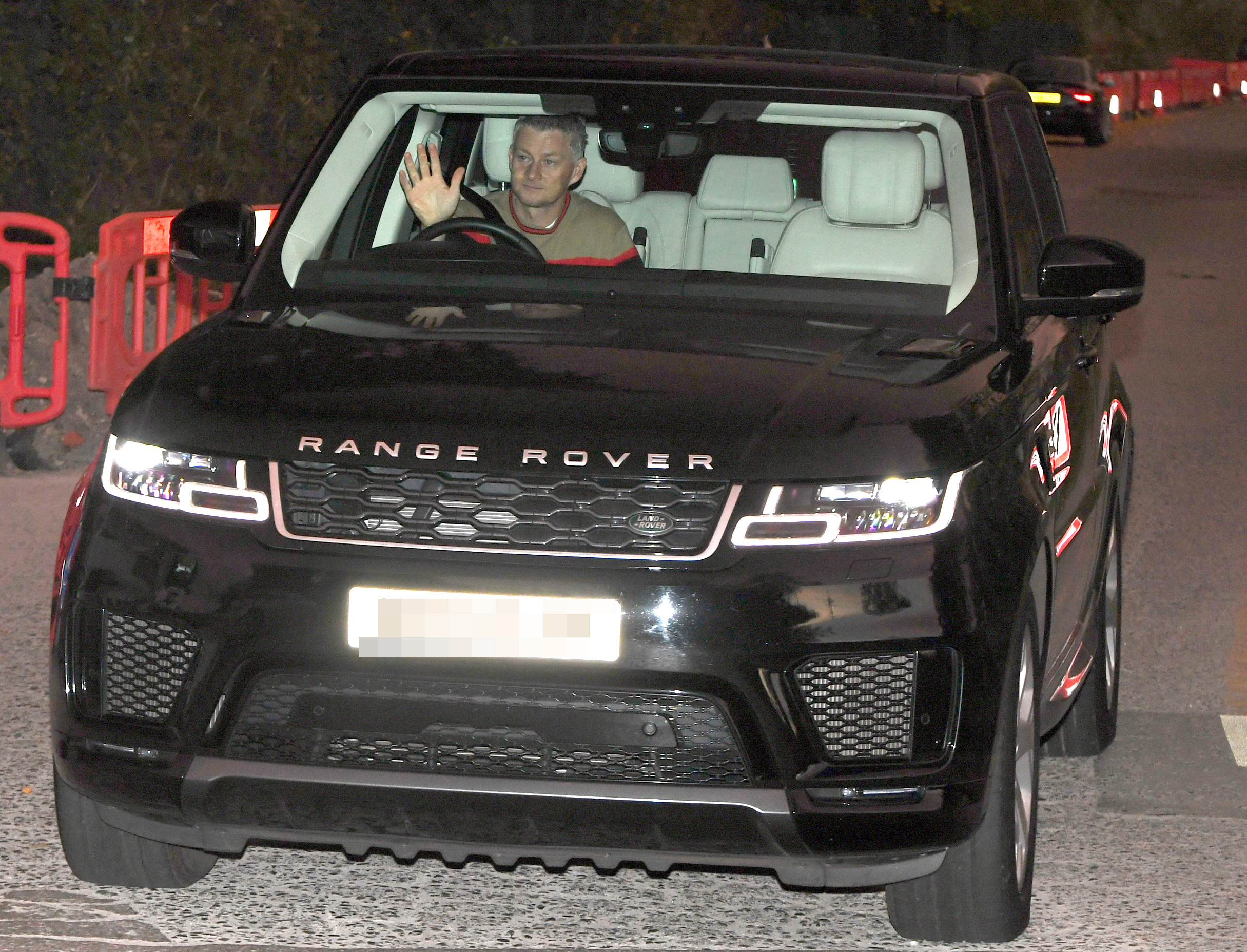