DANA WHITE admits he fears social media star Hasbulla Magomedov won’t be allowed to fight in the UFC… by his dad.

Hasbulla, 19, and rival Abdu Rozik, who both suffer from a growth hormone deficiency, have been tipped to clash in the top MMA promotion after taking the internet by storm. 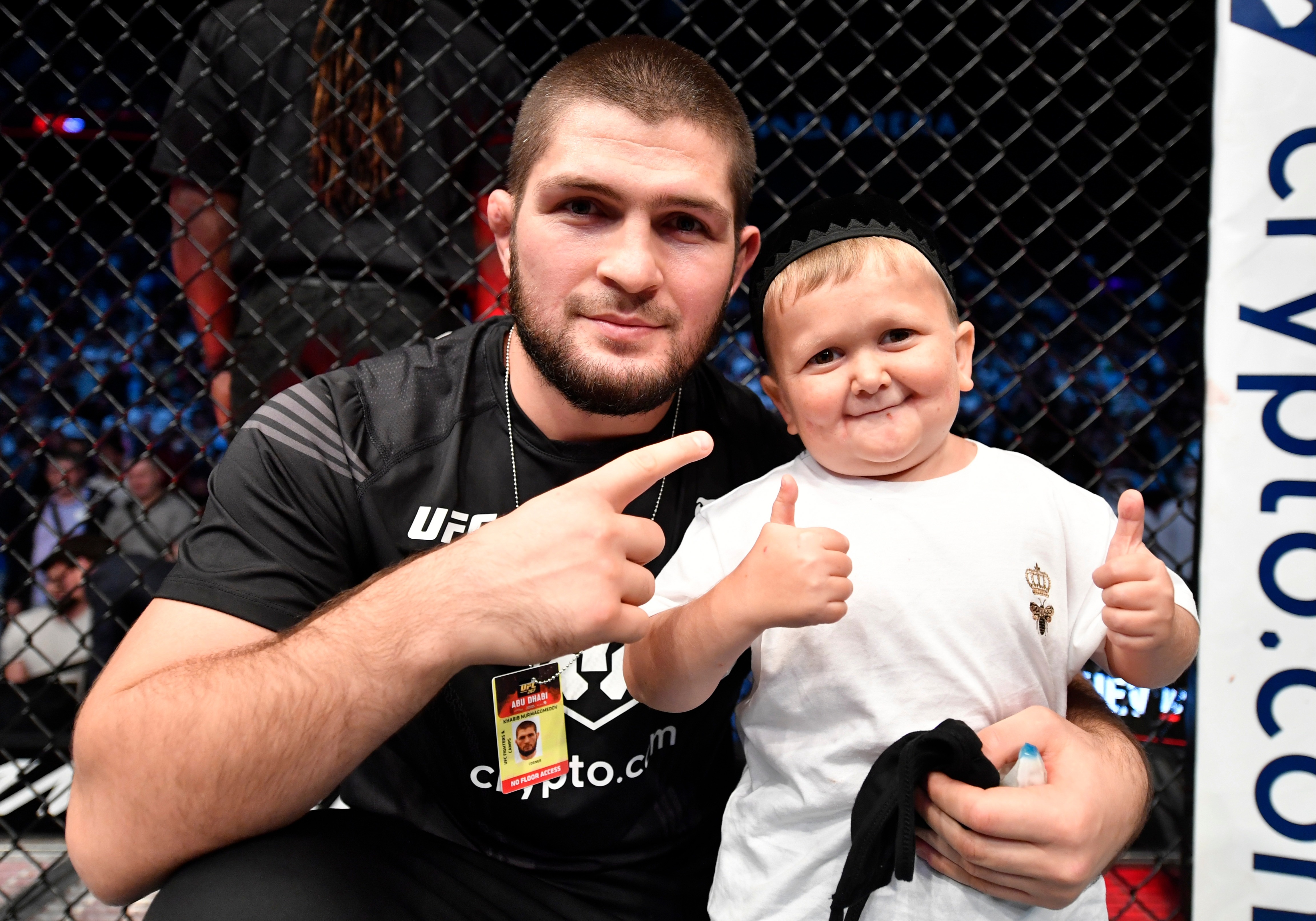 And he linked up with sports supremo White in Abu Dhabi, while also delivering a punch to MMA legend Daniel Cormier.

But things became heated when Hasbulla bumped into arch-enemy Rozik, 18.

Security had to intervene as the pair clashed in front of onlookers, with Hasbulla even managing to land a kick.

And a professional bout is now looking more and more likely.

However, White believes it will be hard to organise a fight because Hasbulla’s father is very protective of his son.

White told Pardon My Take: “I don’t know if he wants to get involved.

“From what I hear, his father is super protective of him. If that’s the case, you don’t want your kid fighting.”

But last week White admitted that there was definitely a chance the fight could go ahead.

He told Barstool Sports: “I love the kid.

“Is there more than a zero per cent chance [of him fighting?] Yes.”