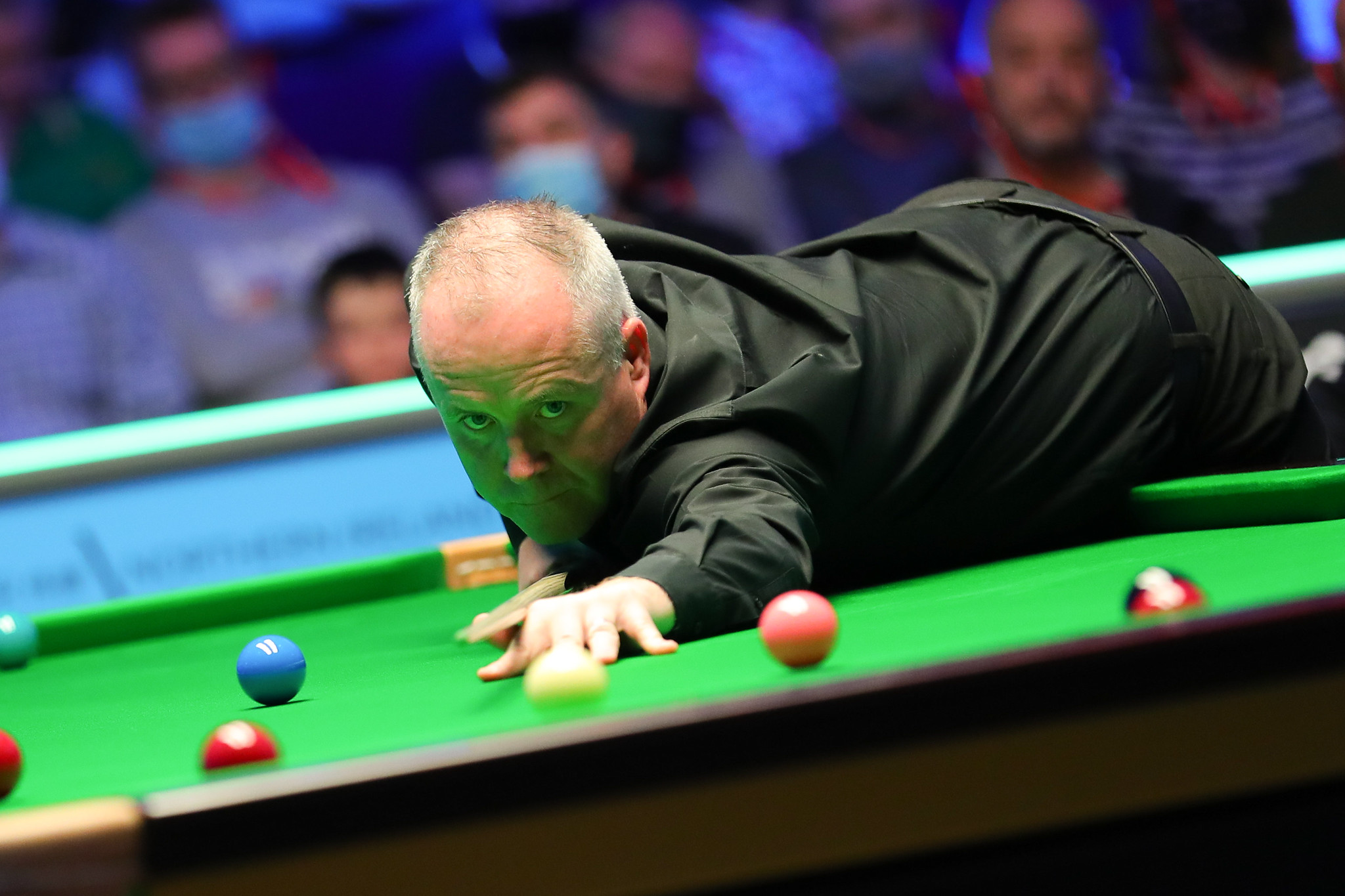 John Higgins was left questioning his ability to cut it at the highest level after a painful 9-8 defeat to Neil Robertson in Sunday’s English Open final, but Ronnie O’Sullivan, Robertson and Jimmy White would beg to differ.

Higgins led 8-6 in Milton Keynes before losing the last three frames, the exact same thing that happened to him in the Northern Ireland Open final against Mark Allen last month.

Back-to-back heart-breaking defeats in finals left the 46-year-old doubting his ability to get over the line when it matters, immediately calling his future at the top level into question after losing to the Australian.

‘The last two finals I think it shows I’ve not really got it at this level now,’ Higgins told Alan McManus at the Marshall Arena.

‘But every credit, Neil was unbelievable, what a player, what a champion, it was great to share a final with him. Unbelievable player, one of the best ever.’

Expanding on his point in the post-match press conference, the Wizard of Wishaw said: ‘Maybe my time at the top, top level, getting over the line is over with the chance I had in the final frame.

‘I’m not sure if it will come good, because if I am in that position again then the way I am feeling now I will be thinking I won’t close it out.

‘I have bounced back from big defeats before but you get older, maybe the system for handling pressure is not there for me now. Until I get over the line in a similar position in another tournament then I am going to have these demons in my head.

‘Of course the nerves can get to you, however experienced. I had it in the last frame. But the very top players right now, they are the ones that keep it under check and steamroller over the line. It doesn’t matter what my family or friends might tell me about how well I played all week, this is going to hurt for a while.’

Both the new English Open champion and the six-time World Championship finalist were quick to dismiss this suggestion.

Robertson said: ‘Maybe he is being too hard on himself. I expect him to win again.’

White added on Eurosport: ‘You’ve got to feel for John Higgins because obviously he’s a bit disappointed, but what he said there, that he can’t compete with the top guys, don’t believe that for a minute. I still think he’s an unbelievable player.’

O’Sullivan did accept that age may be affecting Higgins’ game to an extent, but is certain that the four-time world champion still has titles in him.

‘When John says he’s maybe not the player he was, I think that’s the only thing that he’s lacking and that must be an age sort of thing, you just don’t get over the line as easy,’ said the Rocket after the final.

‘I don’t think John bottled it tonight, he’s just not that type of player, he just happened to miss the balls. Twitching and missing are two totally different things.

‘That’s enough at this level. Robertson was clinical enough, give him half a chance and he was in there with a great break in the last frame.

‘A good young one will always beat a good old one. It wasn’t a bottle thing. Sometimes as you get a bit older that’s the difference, sometimes you miss those clutch balls.

‘Personally I wouldn’t read too much into it, to be honest with you. I suppose when you’re winning a lot, like John was in his prime, it becomes a habit, you just find something from somewhere, get the job done, it just happens.

‘Maybe you get to the stage where that doesn’t happen as frequently. But if he keeps playing, where he was winning four or five tournaments a year, he might just nick one or two.

‘His time will come, he just needs to keep knocking on the door.’

Higgins may have just needed a little longer to get over the disappointment, as speaking earlier in the week he said the Belfast loss did not linger with him at all.

‘It would have been nice to win, of course it would have but it was forgot about going home on the ferry with the wife and the daughter the next day,’ he told Metro.co.uk.

‘I was a little bit disappointed but maybe it just wasn’t meant to be, it was Mark’s time to win.’

The Wizard was also talking up his own game during his run to the final in Milton Keynes, admitting competition is as tough as it has ever been, but feeling that he is as good as he’s ever been.

‘Listen, I think I’m a better player now than I’ve ever been, but it doesn’t mean you’re going to win, because there’s unbelievable players at the top of the game nowadays,’ he said after a 4-0 win over Oliver Lines in the last 64.

‘Guys like [Judd] Trump, Neil [Robertson] and [Mark] Selby, the way they play is unbelievable. I’m just proud that I’m still up there competing.’

O’Sullivan spoke in glowing terms of his old rival after these comments, delighted to hear that the Scot is so happy with his own game.

‘Great to hear for snooker, to see John Higgins enjoying his snooker and playing well is brilliant,’ said the Rocket. ‘He’s lost all that weight [nearly four stone], feels good about himself, what a wonderful place to be for John. It’s good, we’re lucky to have him.’

Higgins returns to action at the Champion of Champions next week in Bolton, in first round action against Ding Junhui and he will be looking to prove himself wrong, competing with the best in the world once again.

Having been to back-to-back ranking finals and sitting fourth on the one-year ranking list, it is hard to argue he is not competing at the highest level.