ONE England fan was falling over himself to show the Three Lions his support last night as he took a spectacular tumble at Wembley.

Despite completely stacking it in the stands, the shirtless footie fanatic carried on singing and celebrating. 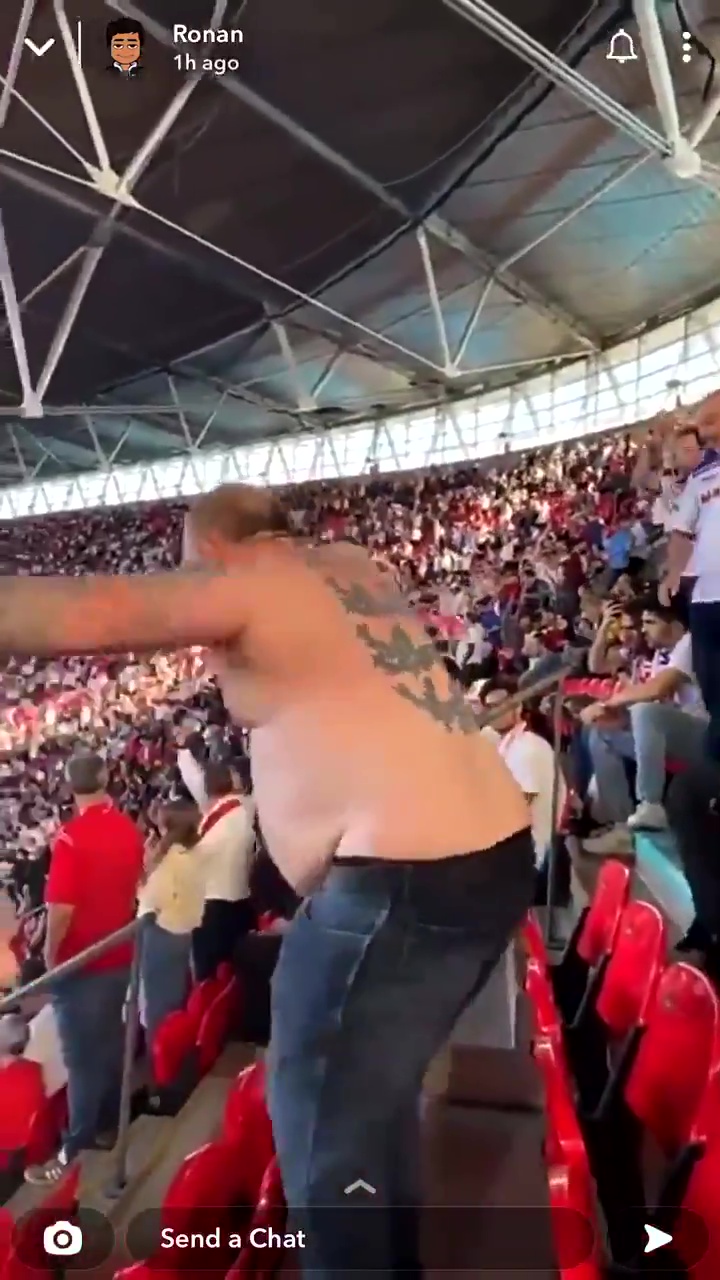 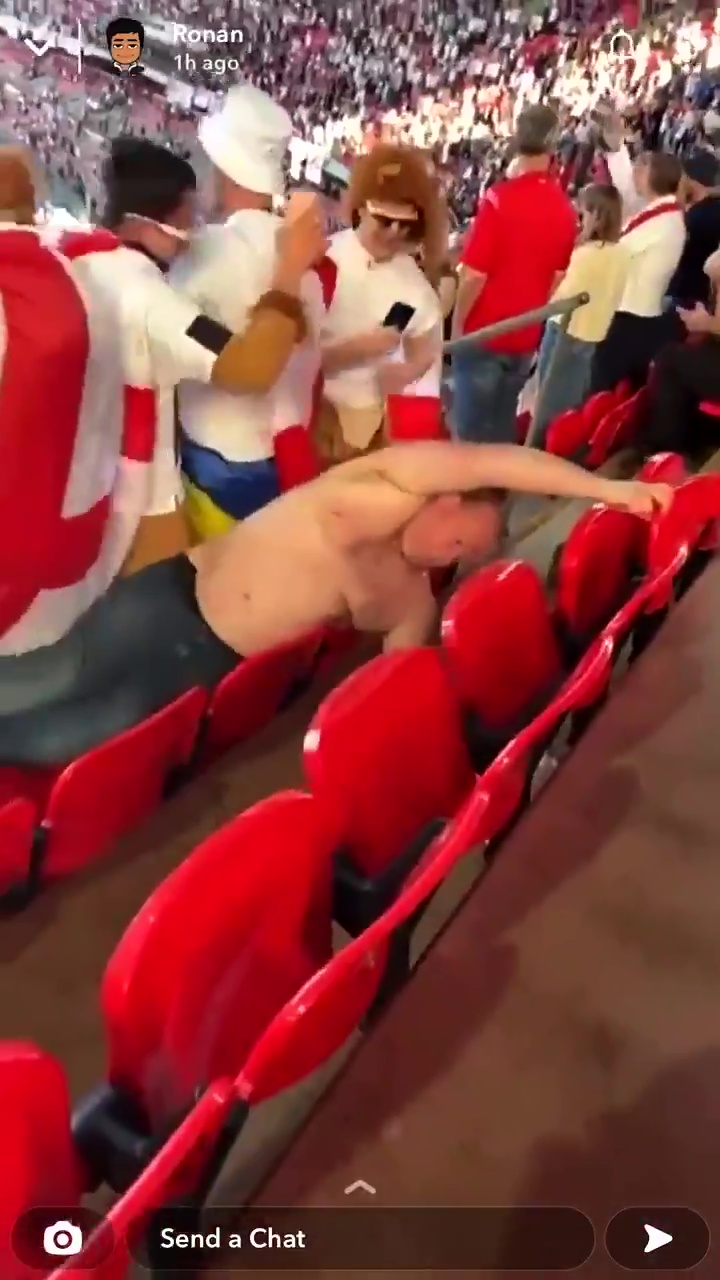 The hilarious clip shows the buzzing Brit – who sported a huge tattoo of England's badge on his back – euphorically dancing and singing to football chant Will Grigg's On Fire.

The electric atmosphere in Wembley as England took on Denmark for a spot in the finals was plain to see and it seems it was enough to make the man lose his balance and spin over two rows of seats.

He quickly gained his composure and continued to celebrate with fans while proudly waving his England shirt. 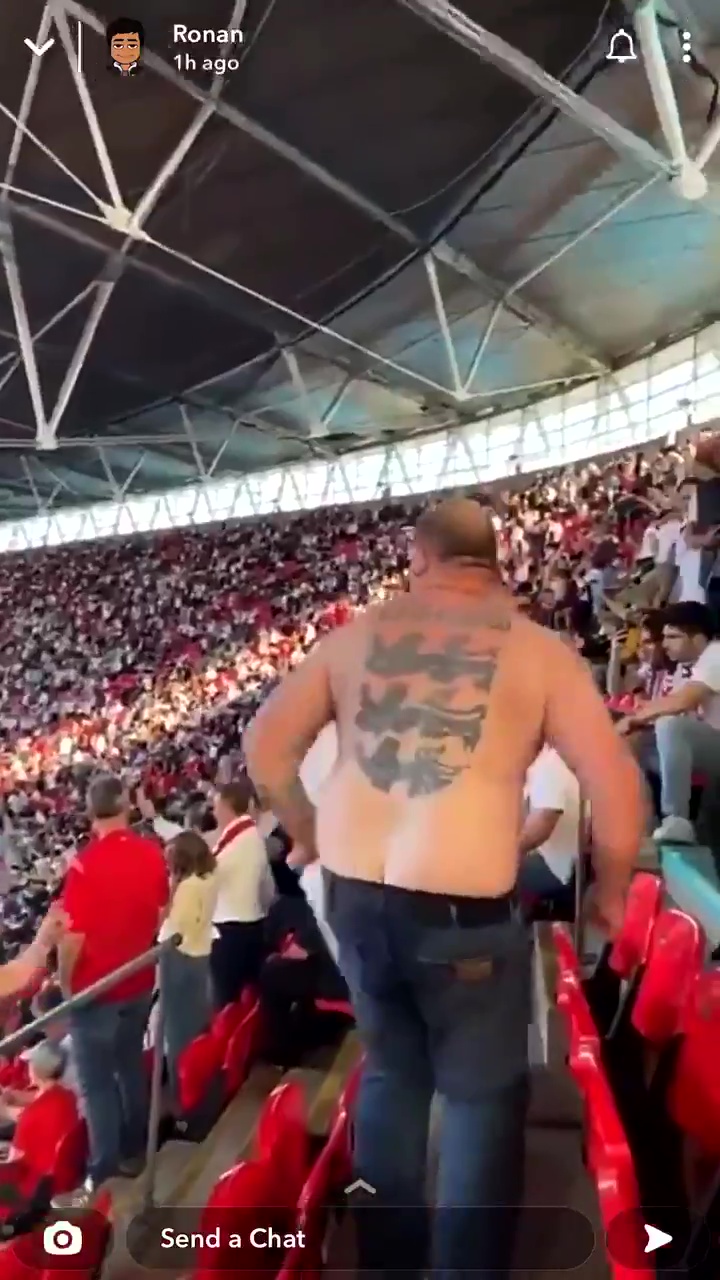 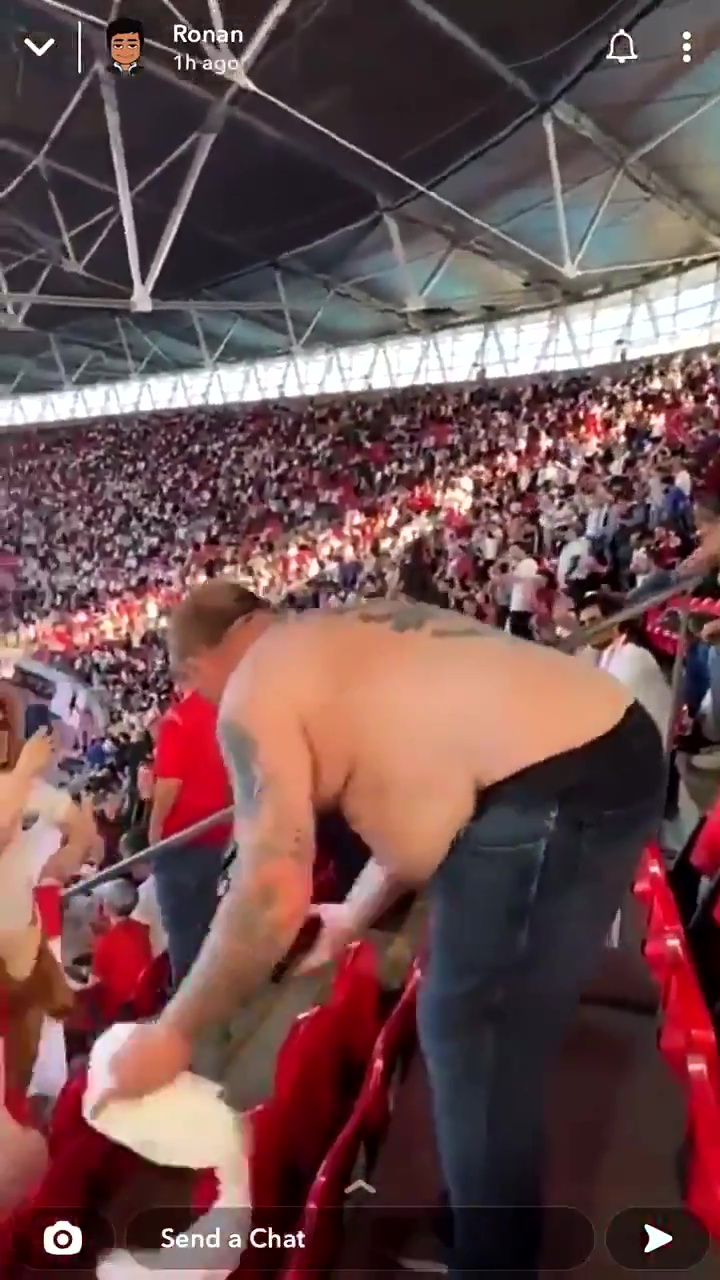 The amazing footage has now been viewed over 2.7 MILLION times after it was shared online.

And the lad who captured the legendary moment gave Sam Matterface and Lee Dixon a run for their money with his comedic commentary.

He can be heard shouting: "He's gone! He's gone!" while flipping the camera round to show his shocked face before he filmed the man's lionhearted revival. 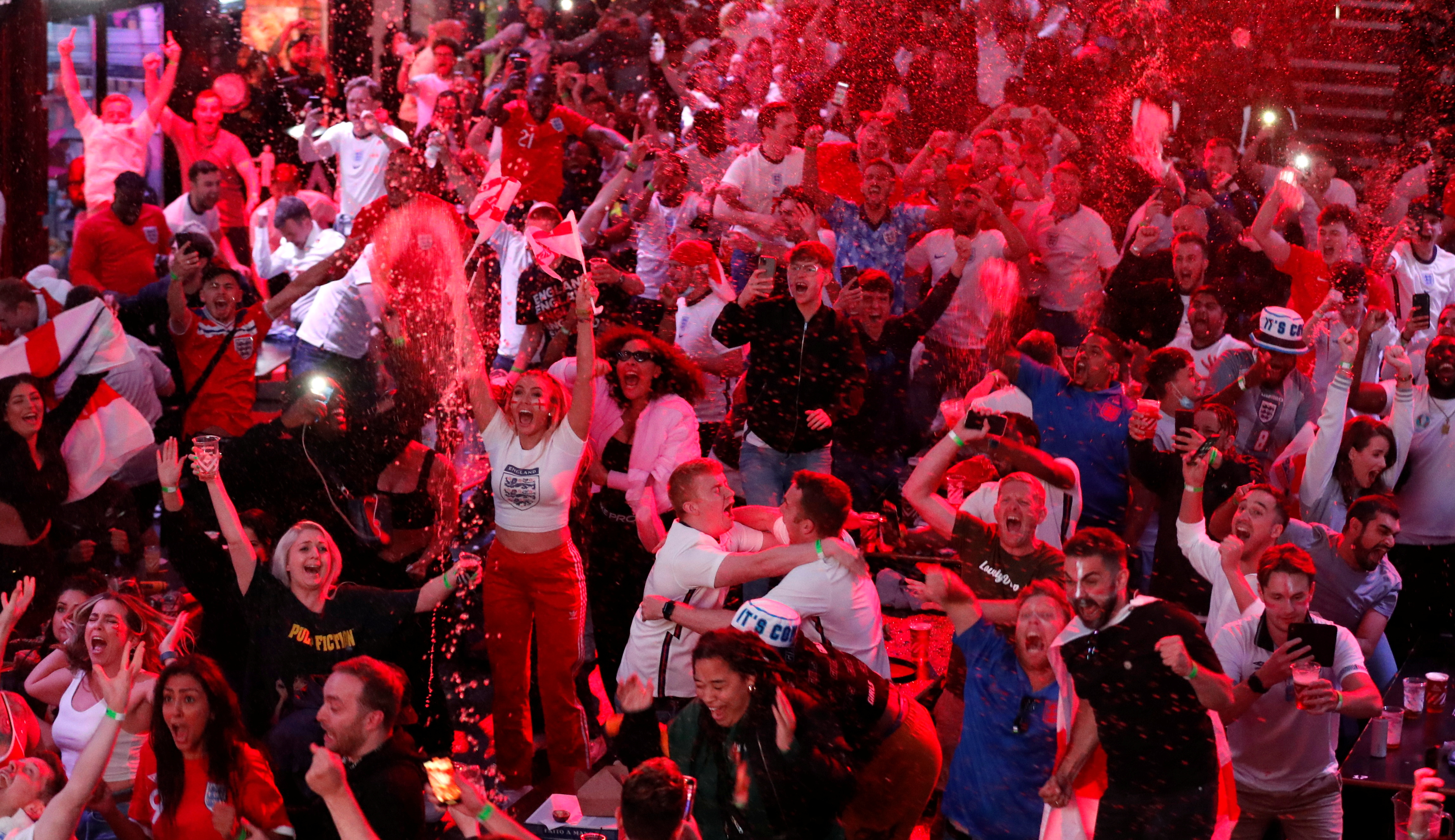 His resilience was mirrored on the pitch by the Three Lions, who gave their all in the 90-minute match and amped it up as extra time was added.

Spectators across the country were on the edge of their seats as Harry Kane took a penalty in the 12th minute of extra time and bagged the winning goal on its rebound.

Brits celebrated the historic win in style and took to the streets to revel in delight at Gareth Southgate's side's victory.

Chants of Football's Coming Home, Sweet Caroline and Atomic Kitten's remix Southgate You're The One echoed across the nation.

And while football might be coming home, it seems hundreds of fans will be staying home today – after having one too many triumphant tipples. 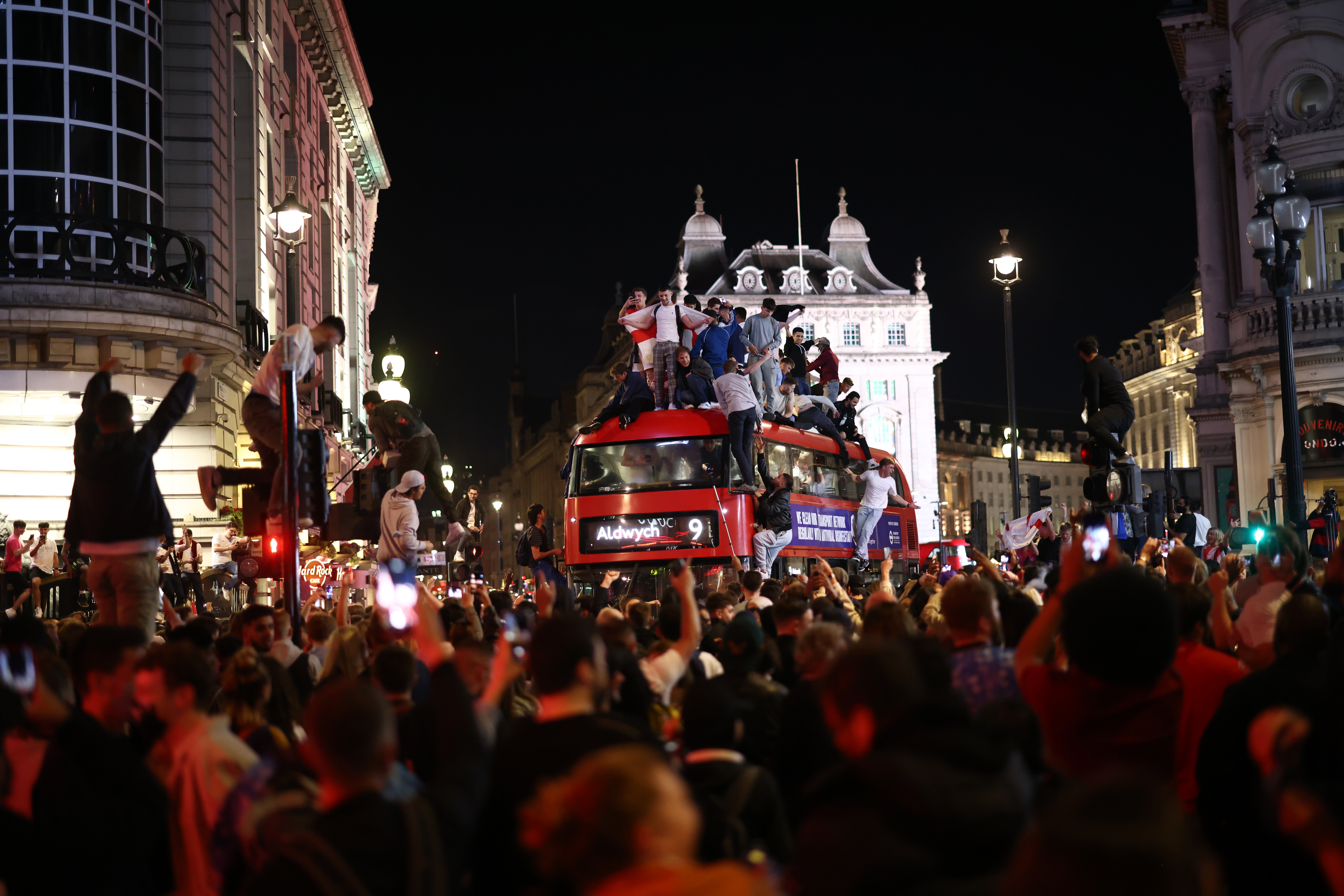 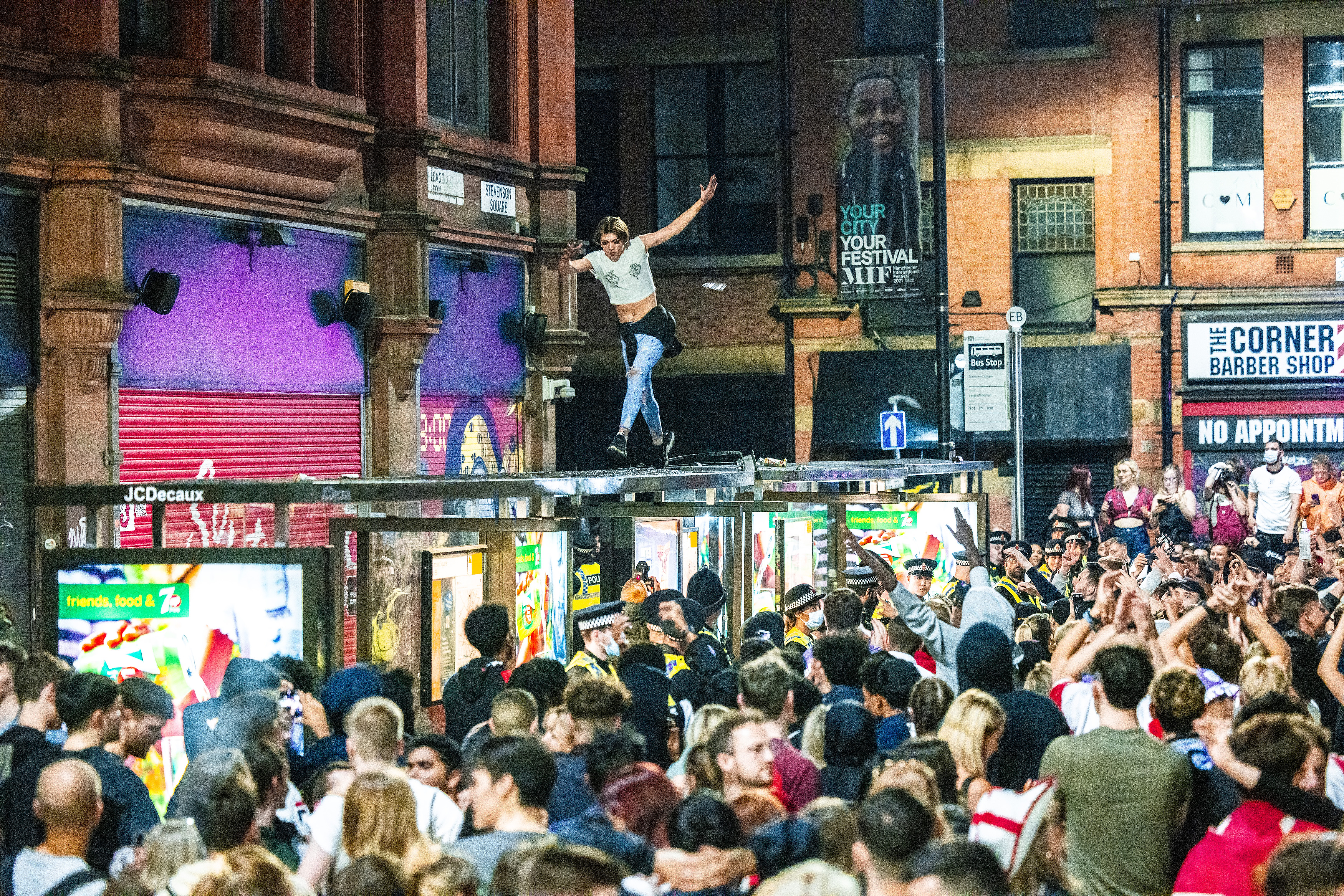