TAKE a look inside the dressing rooms for the Champions League final – with "home team" Tottenham given away facilities for their Liverpool showdown. 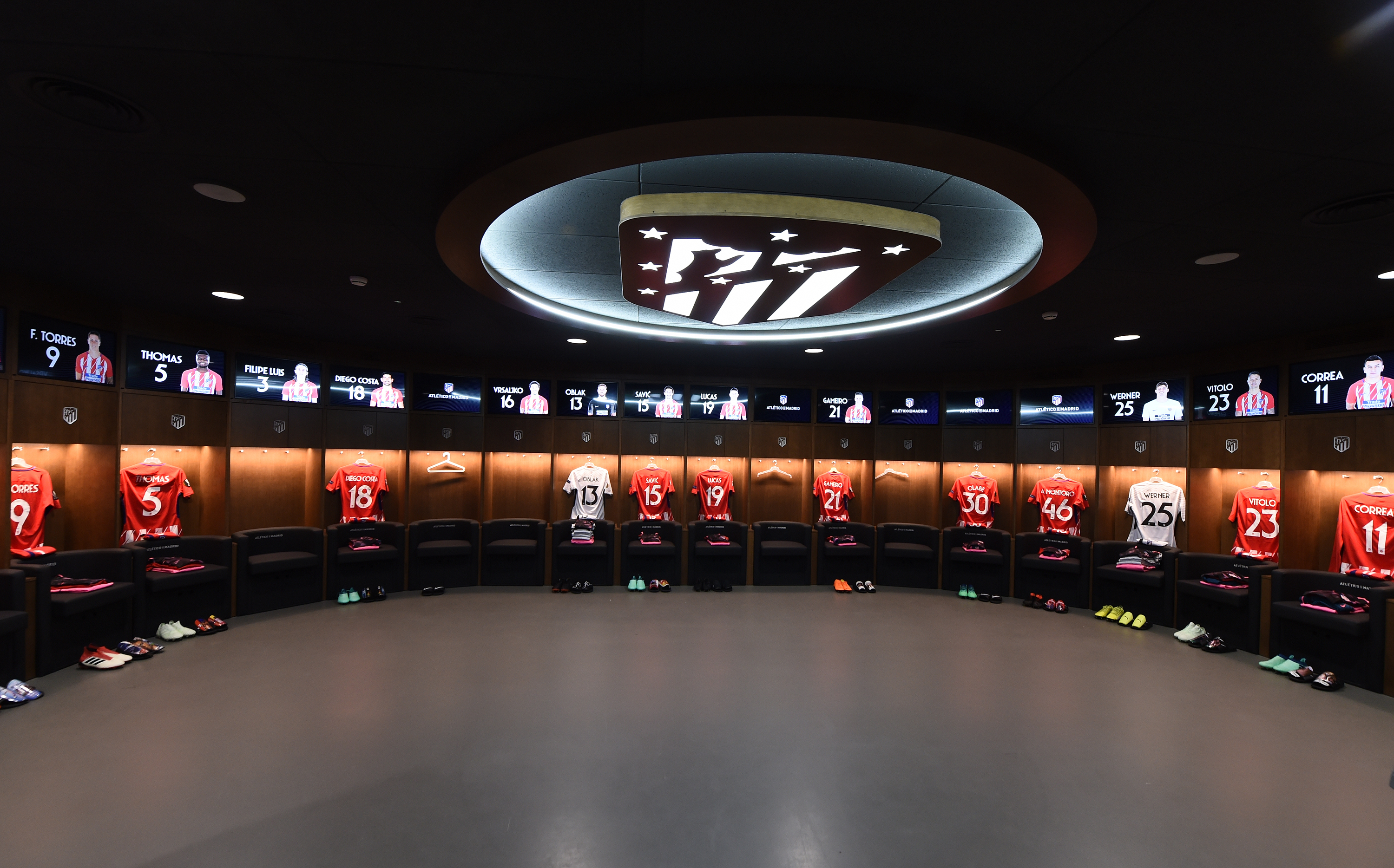 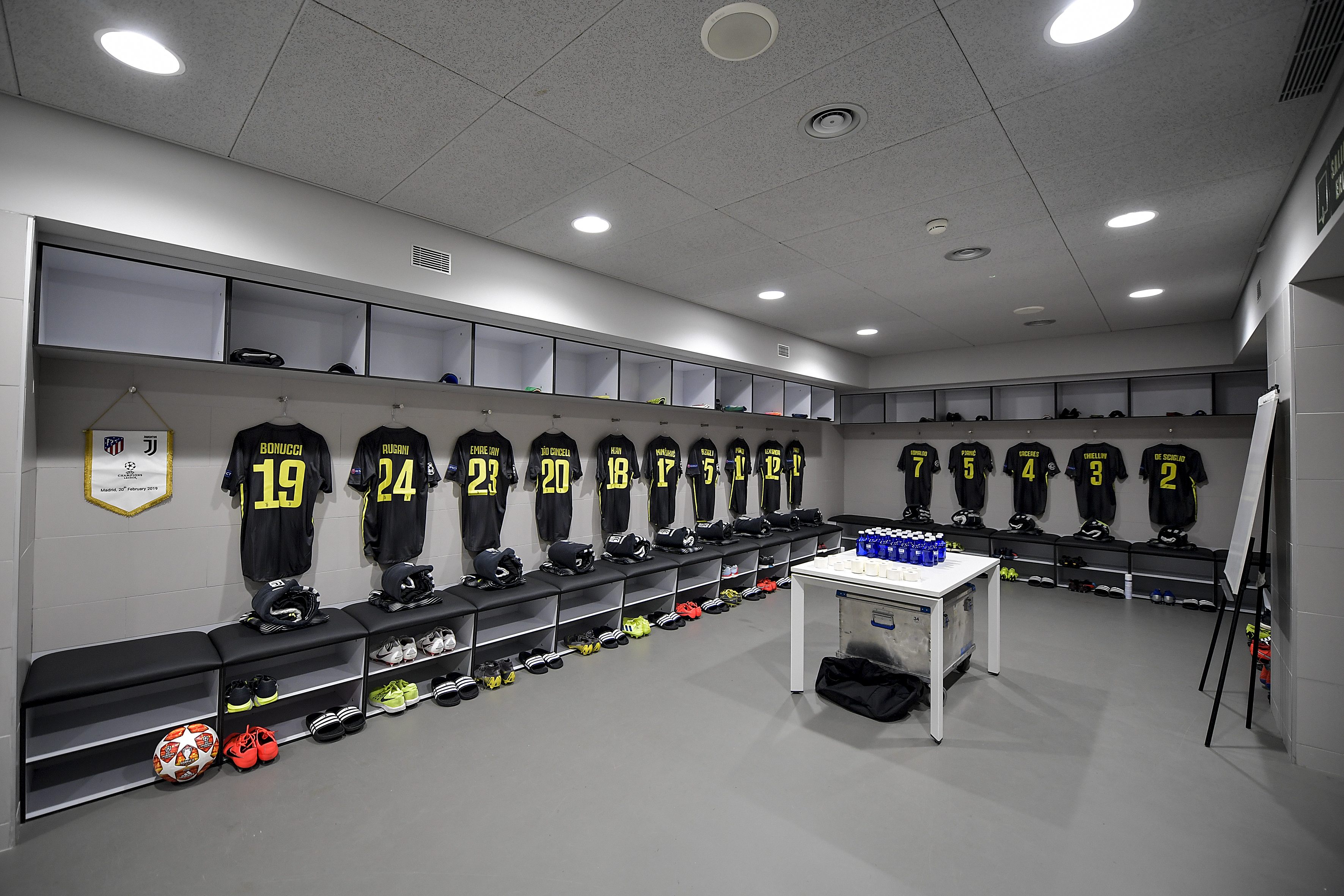 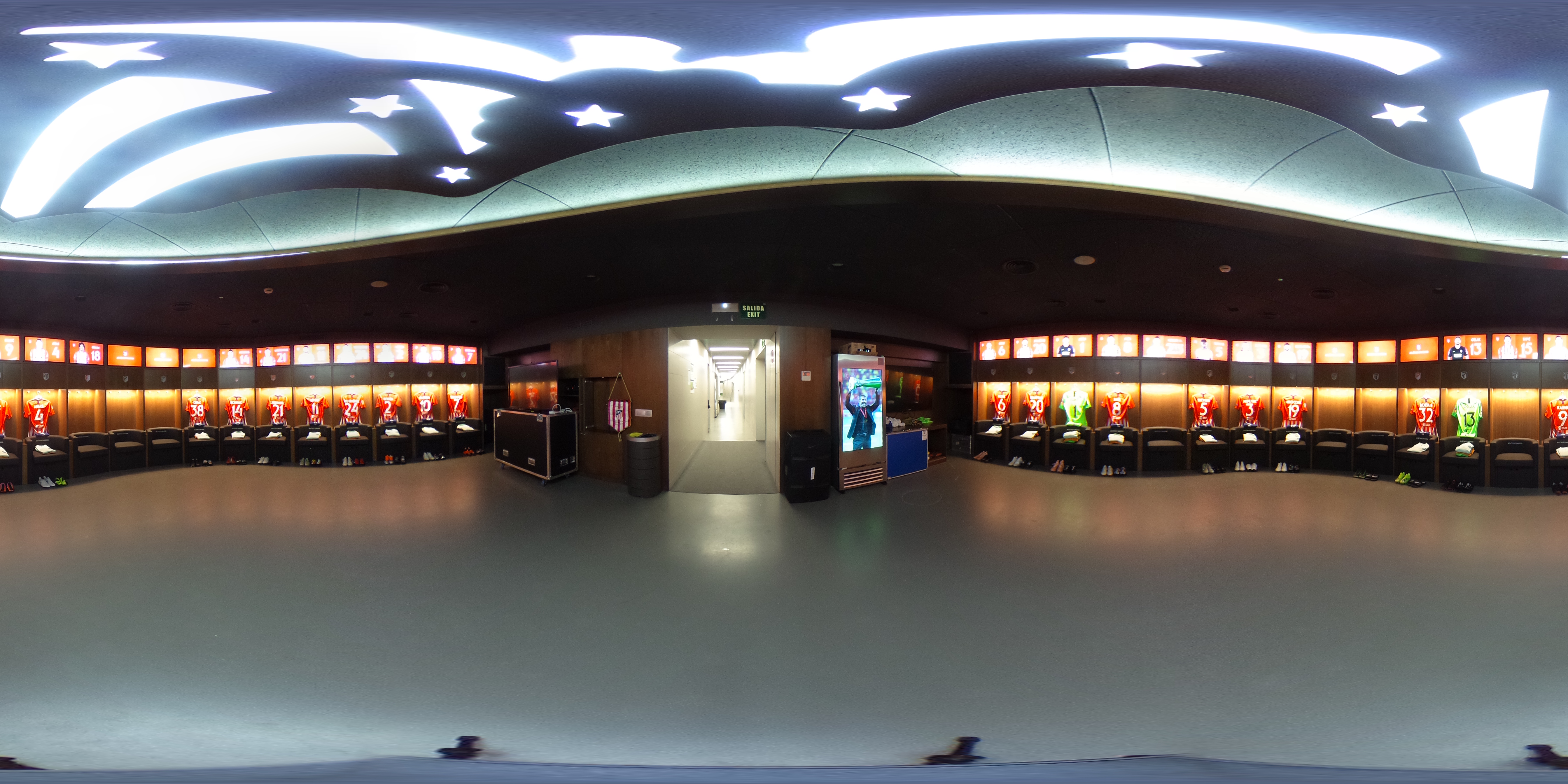 Spurs were drawn to be the "home team" while Liverpool would be "away" for the evening in the Spanish capital.

However, due to "security reasons", the Reds will be treated to the luxurious, brand-spanking new home facilities, leaving Tottenham with the much smaller dressing room.

Officials have claimed they put a lot of thought into it, taking the fans, Spanish police and city on the whole into the equation.

They have since decided to swap Spurs and Liverpool around in terms of which dressing room they're given.

He told Sky Sports News: "Before we took our decision, we made an evaluation between the away fans, the Spanish police and the city of Madrid.

LUCK OF THE DRAW

"We took into account the number of fans of both of the finalist, the metro lines and the fan meeting points in the city.

"Taking into account all these issues, the final decision was that Liverpool fans should arrive at the south stand and they will have all their tickets in the south stand.

The home dressing room – Liverpool's for the night – is wonderfully spacious and will be decorated with club merchandise for the evening.

Tottenham's away facilities, while still ultra-modern, are somewhat more bland and smaller.

But that doesn't stop the visitors having a good time, with Chelsea snapped partying in the dressing room after a big win over Atleti.

The Blues had just beaten the hosts 2-1 in their Champions League group stage game, thanks to an Alvaro Morata strike and 94th-minute Michy Batshuayi winner.

Morata uploaded a team picture to Instagram of the whole squad celebrating the thrilling victory.

Arsenal too used the away dressing room for a Europa League game last season – a 1-0 win for the La Liga giants.

Both Liverpool and Spurs fans have been handed just 16,000 seats for the final in the 67,000-seater stadium.

And supporters face a pricey trip to the Spanish capital, with hotels, flights and tickets all costing thousands of pounds. 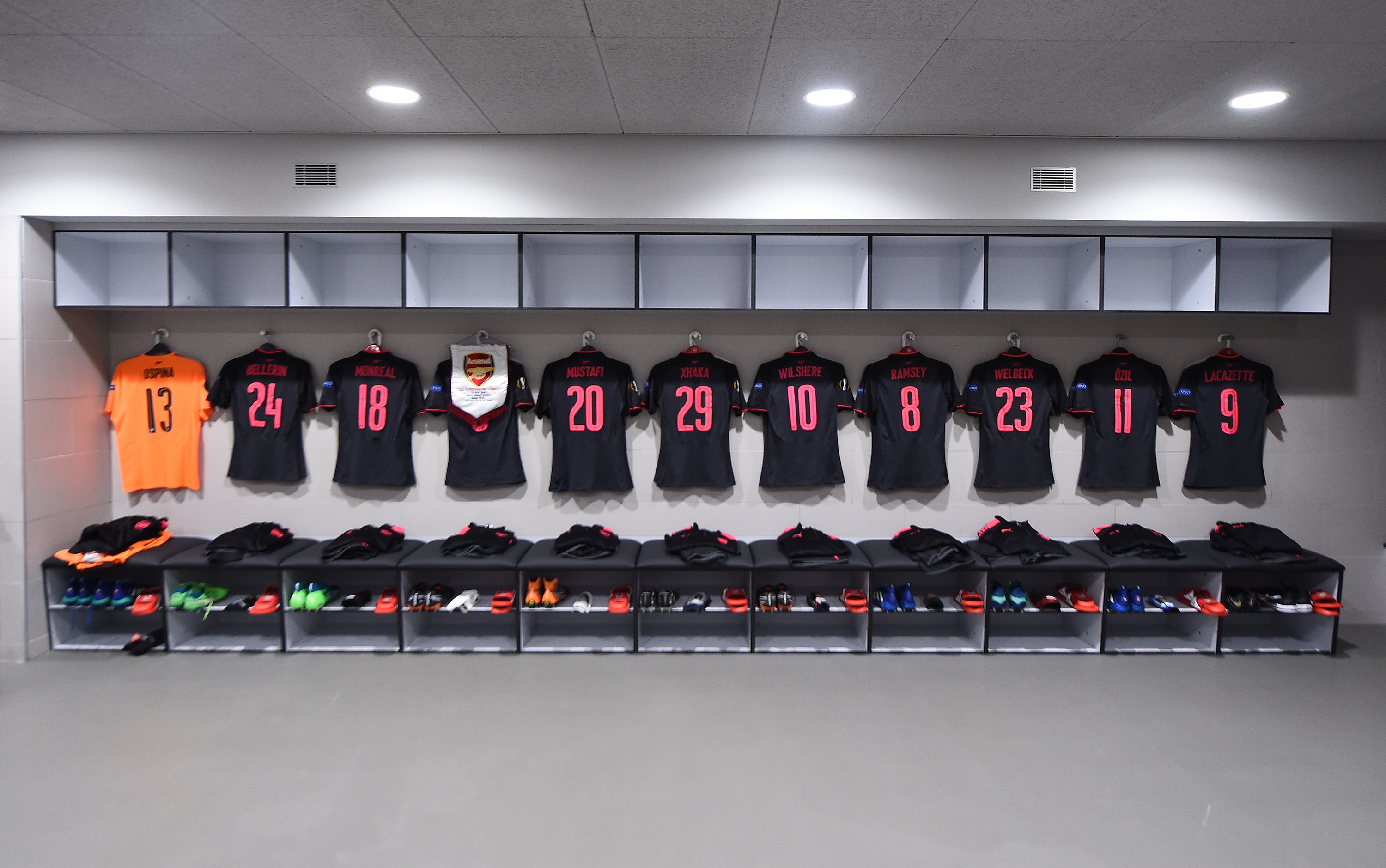 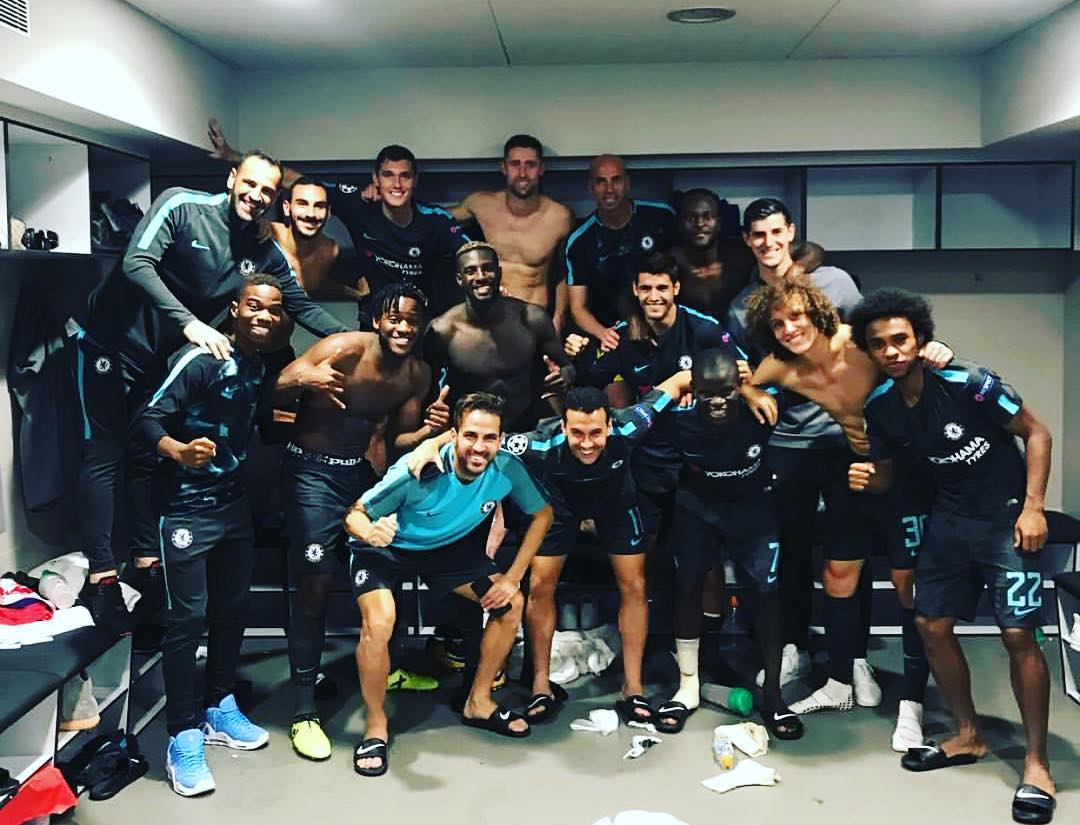 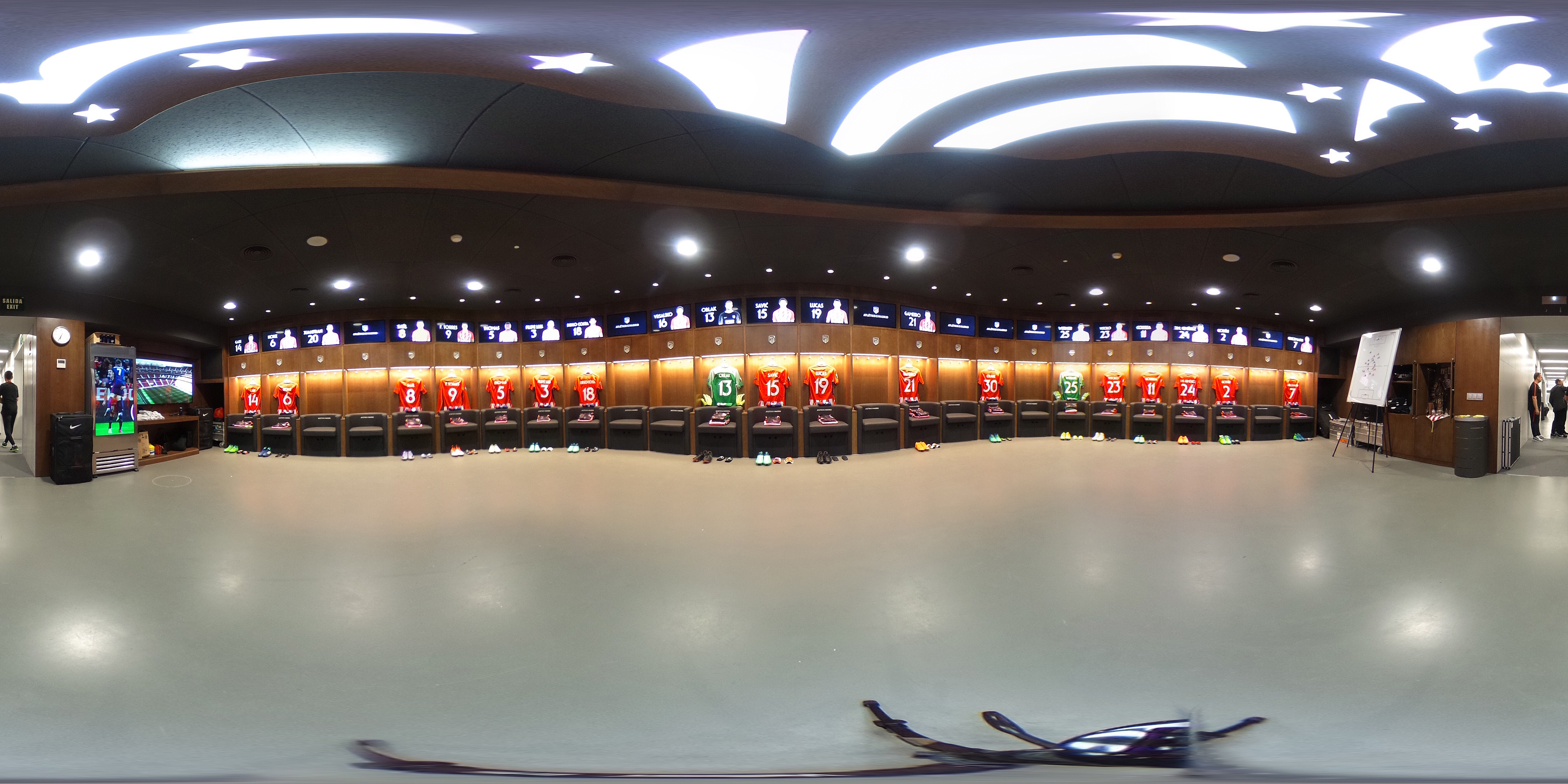