AN ITALIAN superfan has got Giorgio Chiellini's cynical tug tattooed on his arm following their Euro 2020 triumph.

The veteran centre-back famously took a yellow card when he yanked back Bukayo Saka in last Sunday's final. 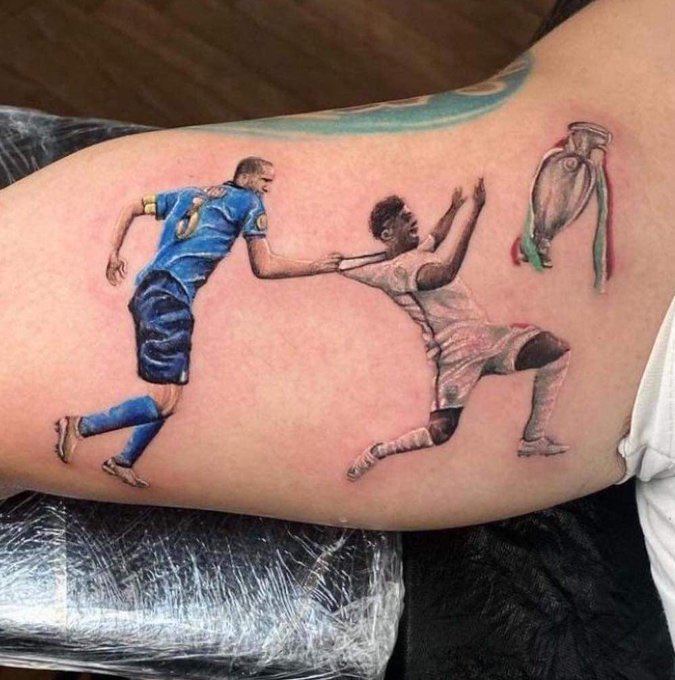 Arsenal teenager Saka was looking to break clear in injury time with the score tied at 1-1 after Chiellini misjudged the flight of the ball.

However, the cunning defender guaranteed his opponent did not get away by grabbing the neck of his jersey and hauling him down.

England fans raged at the tactics and wanted to see a different colour card.

And after Italy went on to lift the trophy following the penalty shootout win, one supporter opted to get Chiellini's challenge permanently inked on his skin – such was the magnitude of the moment.

The tatt shows the incident with the European Championships trophy – complete with red, white and green ribbons – just out of Saka's grasp.

To make matters worse for Saka and England, Chiellini then claimed to put a curse on the winger in the shootout.

Saka saw his decisive spot-kick saved by Gianluigi Donnarumma after the defender uttered the word 'kiricocho' from the halfway line.

'Kiricocho' is a South American term that translates roughly as 'jinx' or 'curse you'.

And the winning captain celebrated his nation's glory by sleeping with the trophy at his hotel on Sunday night.

Partner-in-crime Leonardo Bonucci, who cancelled out Luke Shaw's opener at Wembley, joined him for a selfie in the bedroom. 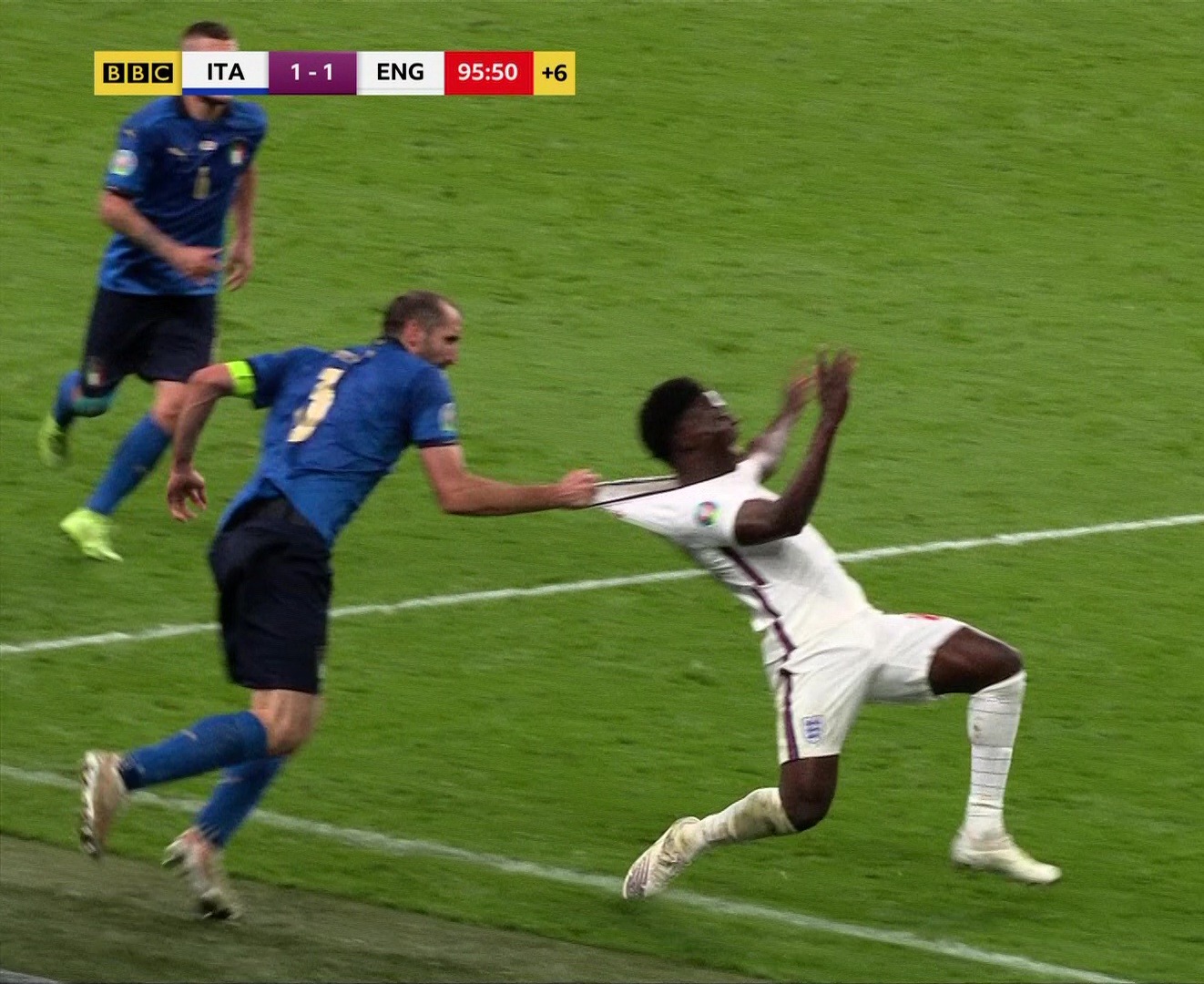