Jake Humphrey has been dropped as the host of BT Sport’s Premier League coverage in a shake-up by the broadcaster.

The 43-year-old presenter has recently fronted BT’s Saturday lunchtime games with the likes of Rio Ferdinand, Peter Crouch and Joe Cole alongside him as pundits.

However, Humphrey, who once presented Blue Peter, has been replaced by Lynsey Hipgrave in a major reshuffle ahead of the new football season.

She wrote on Twitter following her promotion: ‘After a weekend of dreams coming true for women in football the dreams of a football-mad Geordie lass have also come true…

‘I couldn’t be any prouder to be leading @btsport’s Premier League coverage this season.

Humphrey replied: ‘You’re going to be amazing Lynsey. So delighted for you. Please just let me back for the odd game.’ 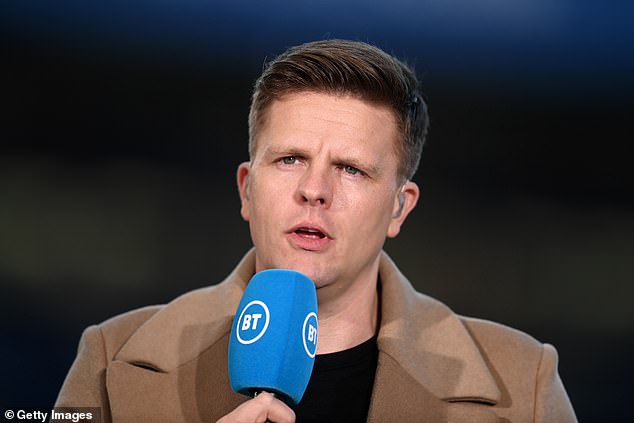 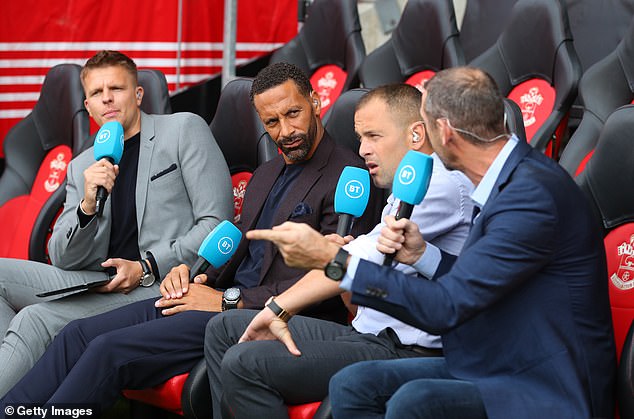 Humphrey wasted no time in taking issue with ‘misleading, nonsense headlines’ in a response to a question from a fan if he will continue to present BT Sport’s UEFA Champions League coverage.

The presenter has claimed that he has not been axed and instead told BT Sport he cannot commit to the position as he once did.

‘Ignore the misleading nonsense headlines,’ he tweeted. ‘I spoke to BT about being too busy and we agreed I’d host less PL games.

‘I’ll still host some, but one of my favourite people Lynsey Hipgrave gets to lead the coverage and I couldn’t be happier for her.’ 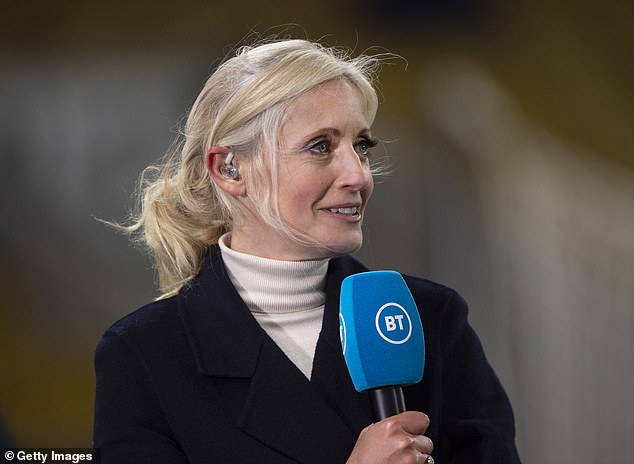 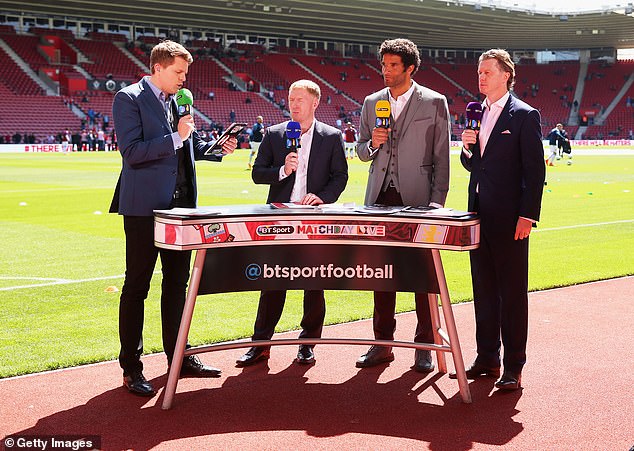 The Newcastle fan has been involved in the channel’s Europa League coverage.

Hipgrave, 42, previously worked with BBC Radio 5 Live and got her sports TV break with Al Jazeera.

She started presenting on BT Sport on 2013 and also does shows for Eurosport, Discovery+, Mola Sport and talkSPORT.