JAKE PAUL has been told he’s ‘looking at the wrong person’ as he tries to line up a bout with Tommy Fury.

Geordie Shore star Aaron Chalmers has stepped in to demand Paul fight him instead of Tyson’s brother. 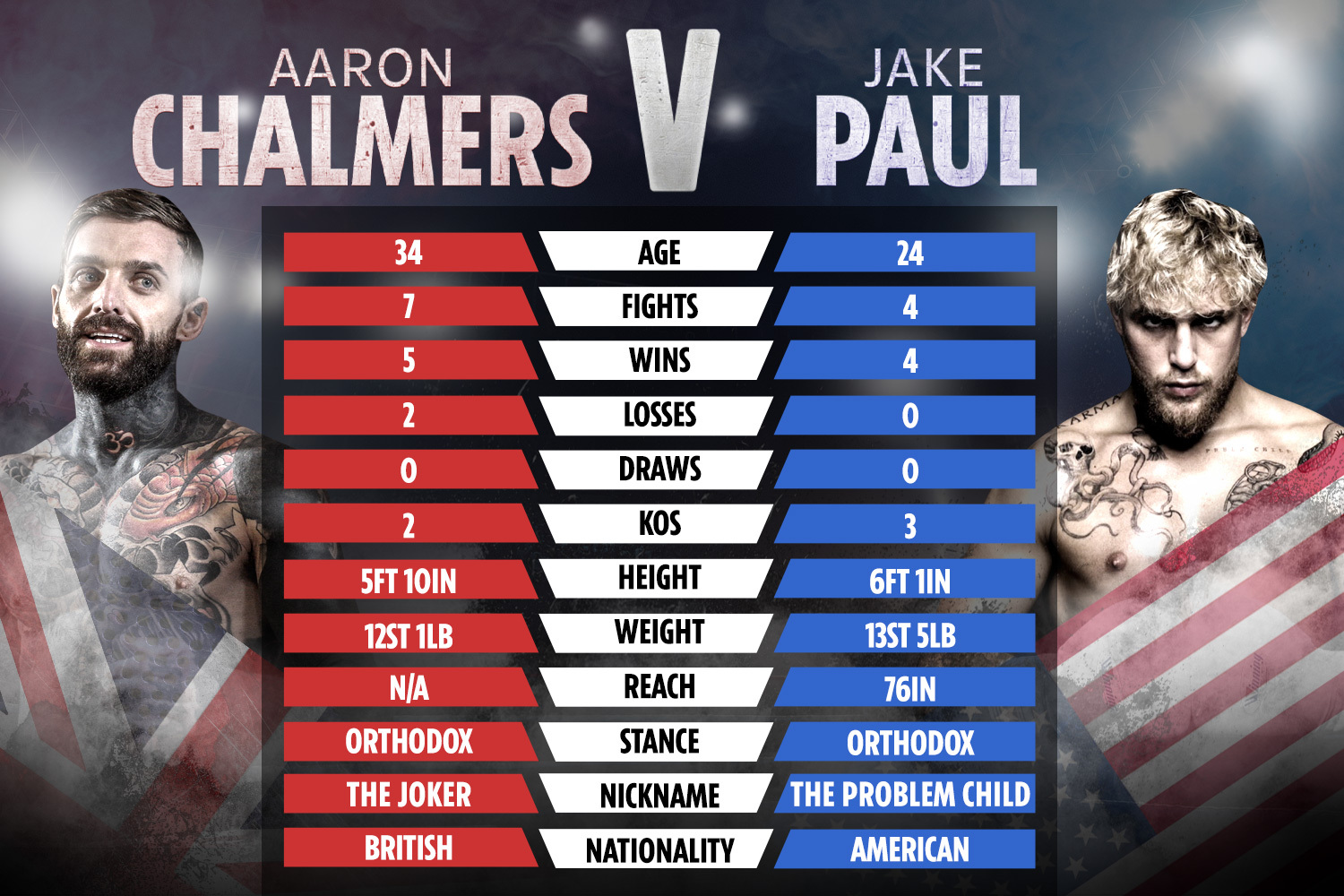 The YouTube star is known to be frustrated at the time it’s taking to make a fight with Love Island’s Fury.

Revealing he’s ‘p***ed off’ with slow negotiations, Paul also taunted Fury by claiming ‘no one gives a f*** about you’.

Fellow reality star Chalmers has sensed his opportunity and told Paul he was ready to step face him in the ring.

“Just look at the viewings every Bellator card I was on, sold out my home town arena twice. Let’s fight Jake Paul.”

Chalmers is a former Bellator MMA competitor and would be making a crossover into the boxing ring if he does face Paul.

The Joker, as he’s known, is 10 years older than the man he called out but shares a similar level of experience inside the ropes with seven fights to Paul’s four.

In terms of punching power there is not much to choose between them with Paul scoring just one more KO than his potential rival.

But Paul would have both youth and height on his side if the pair ever met as he stands three inches taller.

It remains to be seen whether Paul vs Fury will happen – the Brit turned down two deals before Paul made a public offer of $1 million to face him.

A war of words has since escalated between the two with Paul claiming time was running out to sign on.

He said: “Tommy, it’s like Eminem said ‘you only got one shot, do not miss your chance to blow, this opportunity comes once in a lifetime’. Make the right choice.”