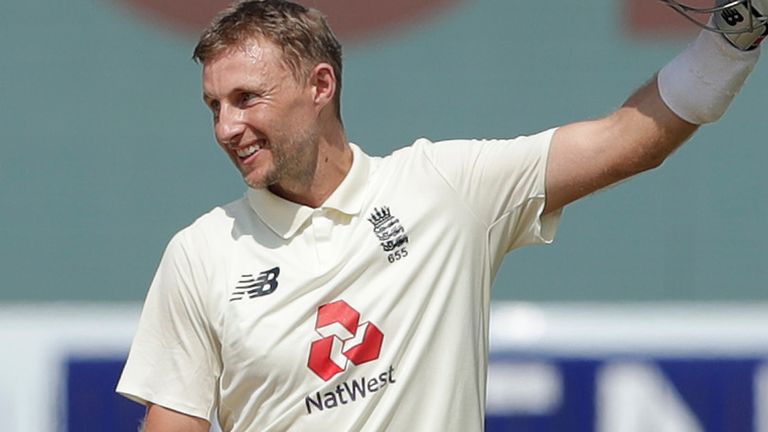 Joe Root’s reaction to his double hundred provided a good indication into his current mindset. Having lofted Shahbaz Nadeem over long-on for a spectacular six, Ollie Pope had to remind the England captain of his latest milestone.

Root’s unwavering focus has been integral to his majestic start to 2021. Upon arrival in Sri Lanka, his status as one of the sport’s ‘fab four’ was the subject of some conjecture, but any lingering doubters have been emphatically silenced.

The Yorkshireman is quite simply in the form of his life. Fresh from a spectacular display in Sri Lanka, Root moved to his fifth double-century in Test cricket – his third as England captain and second in three weeks – on day two of the first Test in Chennai.

Graham Gooch is within touching distance but Sir Alastair Cook remains the man to beat, although the man himself hailed Root’s exploits in the subcontinent, telling Channel 4: “We’re watching a genius play.”

This was a masterclass in Test match batting; 377 balls and nearly nine hours at the crease, and he barely put a foot wrong. Exquisite timing, terrific ingenuity and unyielding discipline.

Root’s proficiency against spin bowling is unrivalled in English cricket – the control and ease with which he dealt with India’s three-pronged attack of Ravichandran Ashwin, Washington Sundar and Nadeem was comprehensive.

His use of the sweep shot was instrumental to his success in Sri Lanka and that pattern continued in Chennai, as he surpassed Younis Khan in becoming the most prolific batsman with the sweep since records began in 2006.

Joe Root has now scored 972 runs with sweeps (including slog-sweeps and reverse sweeps). No batsman has scored more runs with those shots since records began in 2006. #IndvEng pic.twitter.com/yE2Et3bkjp

Having flourished in the role of aggressor alongside Dom Sibley, Root was content with playing second fiddle to Ben Stokes early on day two, although he continued to rotate the strike and dictate the tempo of proceedings expertly.

He batted India into submission, evidenced by Virat Kohli’s decision to turn to opener Rohit Sharma in a desperate search for a wicket, despite Rohit’s tally of two Test victims at an average of 108.5.

It therefore came as a shock when Root succumbed to Nadeem for 218, yet he had already shattered a host of records prior to his departure.

The England captain became the first cricketer to ever score a double-century in their 100th Test match, while only Wally Hammond (7) has registered more double-hundreds for England.

Root also joined Kumar Sangakkara in becoming the second man to score 180+ in three consecutive Test matches, after the Sri Lankan great followed up two double-hundreds against Bangladesh with an innings of 192 against Australia in 2007. 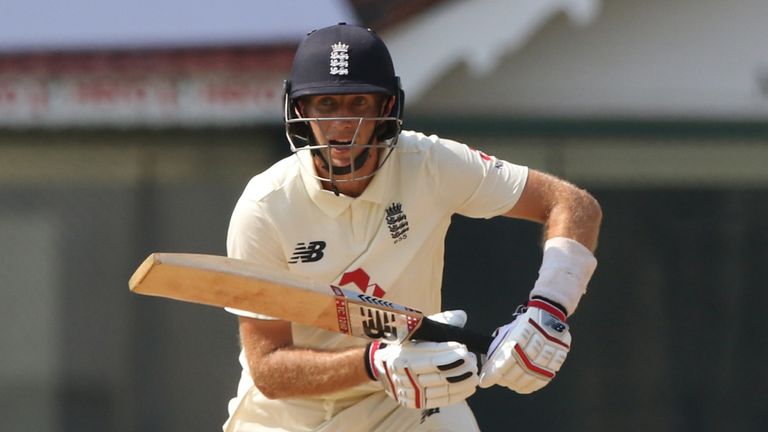 If this was not enough, midway through his innings on day two, Root’s average in India surpassed that of his opposite number – the indomitable Kohli.

“If he carries on going like this, he will break every record,” Nasser Hussain told The Cricket Show.

“He is always a joy to watch. Even when he is out of nick, you never lose that rhythm of his play. He is an outstanding cricketer.

“I think he is also an outstanding ambassador for our game and I think we should all be very proud of Joe Root, having him as our England cricket captain.” 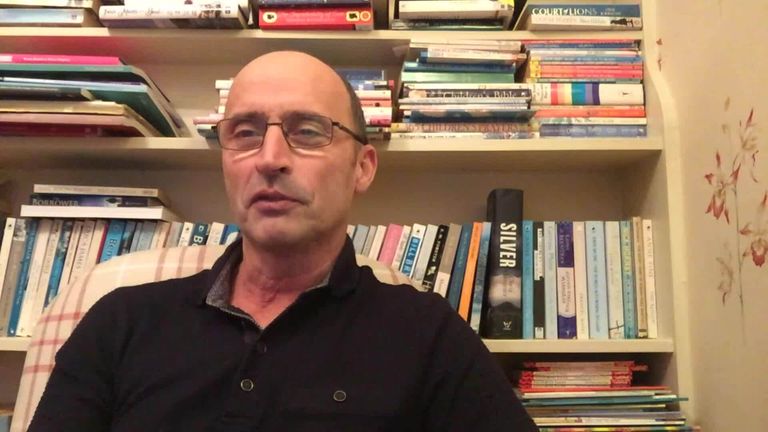 On the eve of the match, Root admitted he was inspired by a video-package and words from vice-captain Stokes, insisting he would ‘hold dear forever’ the tribute paid to him.

The pair shared a brilliant partnership of 124 for the fourth-wicket on day two, and Stokes admitted he was in awe of the record-breaking Root.

Speaking to Channel 4, Stokes quipped: “He makes me feel rubbish. That’s pretty much where he is at the moment.

“He makes everyone around him not look very good. He is an amazing player and I am not sure we have ever had an England player play spin so well, with such control, such ease. He is so consistent and it’s amazing to watch.”

Batsmen to have scored 150+ in three successive Tests:

Root has rightfully received plenty of plaudits over recent weeks, although he has refused to get carried away by the adulation, therefore it is fitting he marked his landmark appearance in such style.

It would be remiss to suggest Root’s relentless accumulation of runs at present is the norm. We are witnessing a world-class performer at the very peak of his powers, but England will be hoping this continues for some while yet.

Follow over-by-over text commentary of day three of the first Test between India and England on the Sky Sports App and skysports.com from 4am on Sunday.