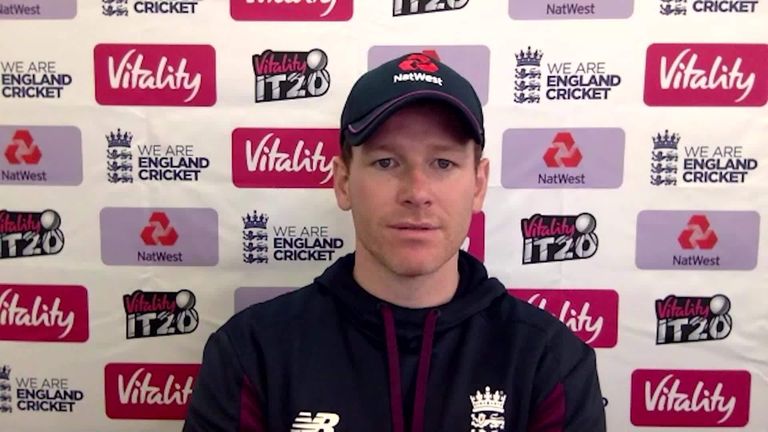 Eoin Morgan has said Jos Buttler will continue to open the batting in the T20 series against Australia, in which he considers the touring side slight favourites.

Buttler returns to the white-ball ranks after playing in the England Test bubble all summer, and captain Morgan says he will resume his role at the top of the order that has been his since the summer of 2018 in T20 cricket.

Buttler is considered one of the great ‘finishers’ of the game in 50-over cricket, but has struck four of his eight T20 half-centuries in just nine innings as an opener.

“Yes, he will [open], with Jonny (Bairstow),” Morgan confirmed ahead of the opening T20I, live on Sky Sports Cricket from 5.30pm on Friday.

“Like I’ve said before, we will continue with this until we feel the need that it’s not working.

“We feel that Jason (Roy), Jonny and Jos are three of our greatest-ever white-ball players – unbelievable strikers of the ball, batsmen you do not want to bowl against – so if one out of the three of them gets going past the first six overs of the powerplay and into the middle overs, it puts us in a really strong position for the last 14. 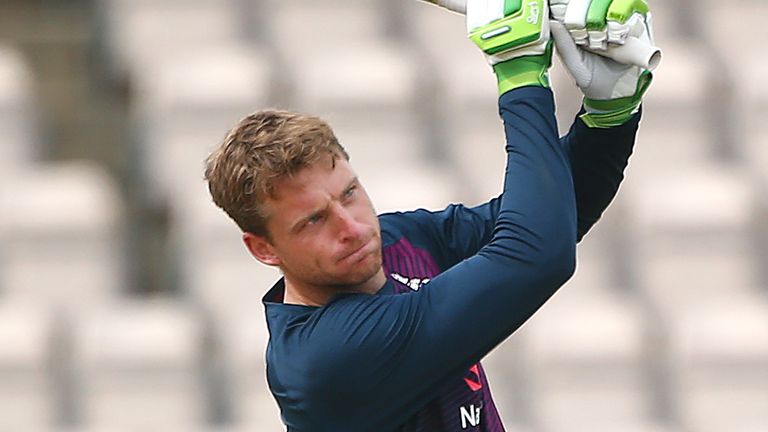 “We always pose the question of, ‘how do we get the best out of all of our players?’, and when you talk about those three guys specifically, it’s more obvious with Jonny and Jason batting at the top of the order.

“But, trying to get the best out of Jos, at the moment we feel the more balls he faces, the more influence he can have on the game.

“If it gets to fine-tuning things down the line and that hasn’t necessarily worked out, we can always fall back on Jos in the middle order.” Buttler is one of a number of familiar faces back in the England T20 squad to face Australia, with Jofra Archer and Mark Wood two more from the 2019 World Cup-winning contingent to return.

However, England are not quite a full strength, with Jason Roy injured and Ben Stokes still unavailable for family reasons as his father battles brain cancer.

Australia, meanwhile, currently ranked the No 1 side in the world in T20 cricket, are at full strength and, therefore, are “just favourites” according to Morgan. “Probably Australia,” he said when asked which team had the edge. “They have their strongest squad here, so will probably be putting out their best XI. So, if you’re to go on that, I’d say they’re just favourites.

“For the first time this summer we are seeing the majority of our best team on the park and that’s great.

“Bar injury and absent players, which is only a couple, we are at full strength and that is a nice place to be every now and then.

“We don’t have to pick our best XI every series that we play because we can’t put all our eggs in one basket. We need 16 or 17 players in the lead up to World Cup selection all vying for selection in the best 15.” 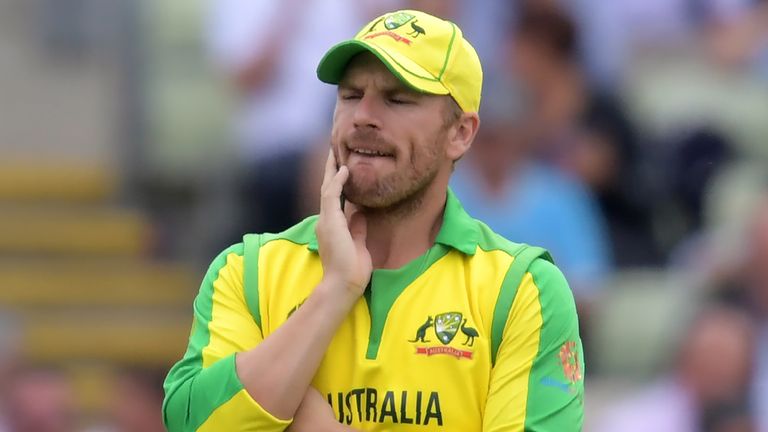 Aaron Finch insists Australia have no scars after last year’s World Cup semi-final defeat to England ahead of this summer’s white-ball series between the teams.

Morgan’s men triumphed by eight wickets after dismissing their rivals for 223 at Edgbaston en route to becoming world champions on home turf in 2019. “Looking back to that game, we didn’t get enough runs. We were three down early with the bat and always chasing our tail,” Finch said.

“When you have a quality side, well the best in the world, chasing a small total and with how aggressive they are, you need early wickets and they blew us out of the water.