JOSE MOURINHO has risked punishment by stirring up his Juventus feud.

The Roma boss suggested referees treat Juve better in a sarcastic Instagram post next to photos of two penalty decisions. 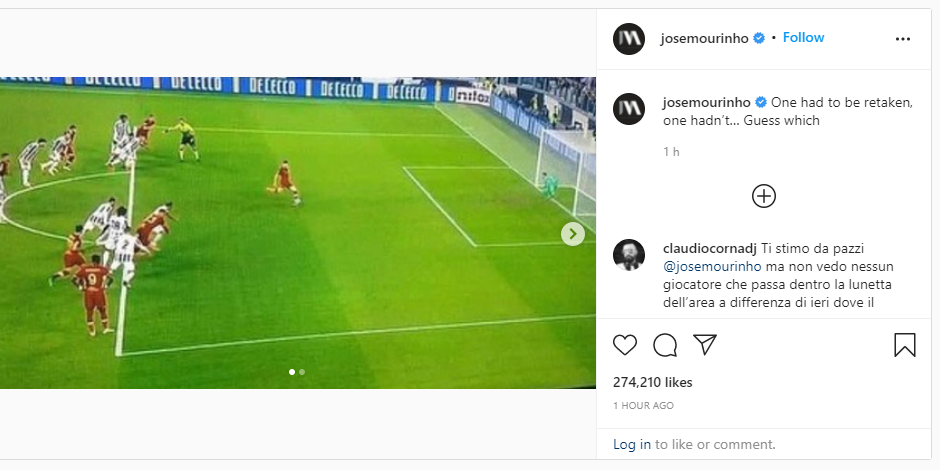 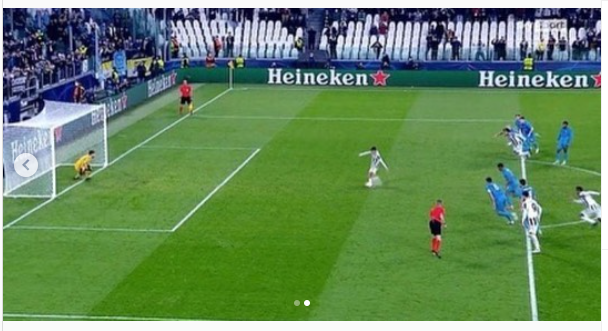 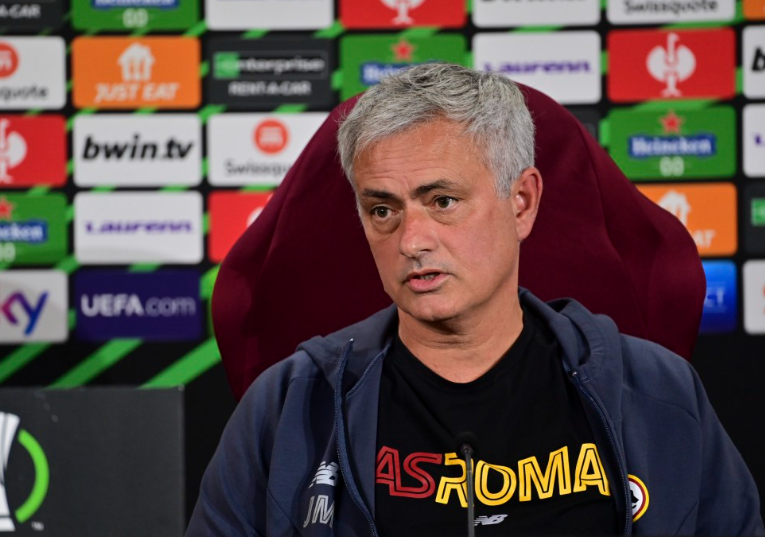 Mourinho sparked the row in 2009 when Inter Milan chief – and two spot-kick verdicts in the past three weeks have reignited his wrath for the Old Lady.

Juventus sunk Roma 1-0 on October 17 after a controversial decision robbed Tammy Abraham of an equaliser.

Abraham netted but ref Daniele Orsato had awarded a penalty for a foul on the England striker a split-second earlier.

Ex-Chelsea star Abraham grabbed the ball to take the spot-kick but Jordan Veretout took it off him and saw Wojciech Szczesny save his penalty.

Then on Tuesday Paulo Dybala missed a Juve spot-kick but tucked home a retake given for players encroaching.

Mourinho promptly posted freeze-frame shots of the Roma and Juve penalties – with players bursting into the box in both photos.

The ex-Chelsea and Manchester United manager wrote: "One had to be retaken, one hadn’t… Guess which?"

Mourinho must now wait to see if the Italian FA and/or Uefa consider taking action over his social media post.