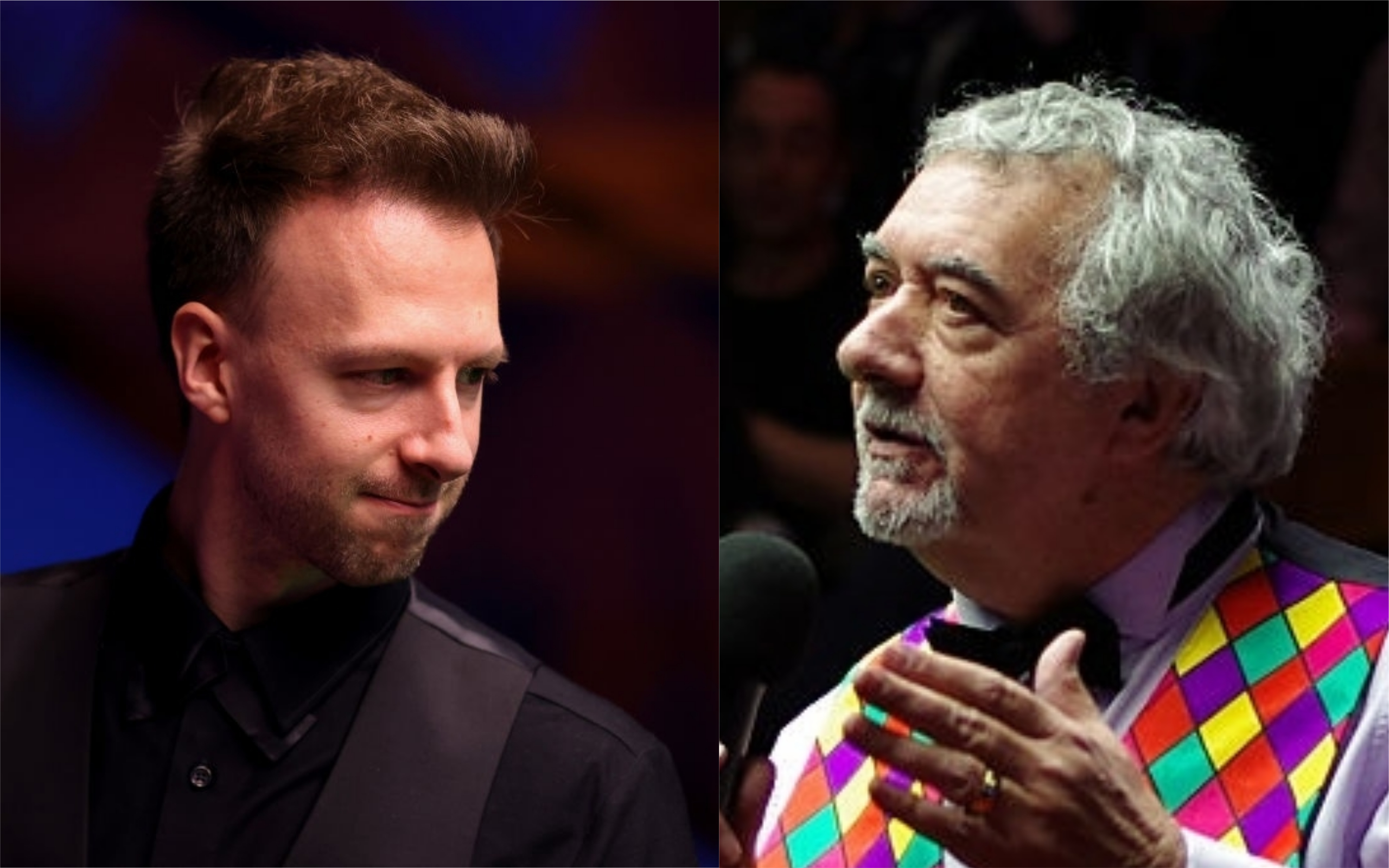 Judd Trump thinks John Virgo is ‘a bit salty’ over comments earlier in the year, after the veteran commentator claimed Trump was ‘disappointing’ last season despite winning five ranking titles.

Ahead of the 2021 World Championship, Trump spoke to Metro.co.uk about changes he would like to see in snooker, including a shake up of the commentary team in big events.

‘There’s not enough trying out new things in snooker for me at the moment, it’s all the same every season, not enough excitement, not enough different dimensions,’ Trump said in April.

‘Change the coverage, the commentators who have been around a long time, change the way the game is spoken about.

‘It does frustrate me, not all of them, but when they start going on about things from the 1980s, I just don’t want to hear it.’

Trump and Jack Lisowski joined the BBC commentary team at the Crucible shortly after those comments and Virgo revealed on the Talking Snooker podcast last month that he expects this season to be the last on commentary for him and Dennis Taylor.

Virgo also made comments on Trump’s performances on the same podcast, saying that the world number two must start ‘stepping up to the plate’ in the biggest events more regularly and that he was ‘disappointing’ last season.

‘He’s won one [World Championship], he’s won a UK and won a Masters but he’s got to start building on that because he was disappointing, for me, last season,’ said the 75-year-old.

Trump who won five ranking events last season thinks that the comments are linked back to his own earlier in the year and has again called for a change to commentary teams at the biggest events.

‘It all comes back to some of the stuff I said before the World Championship,’ said Trump. ‘A few of the people in and around the game, that are trying to promote it, are turning up and not doing their homework.

‘It is tough, I don’t see how that can be disappointing. It is his opinion, maybe he is a bit salty after what I said at the World Championship.

‘I think we need more people involved in the game that show passion, interest and do their homework about the players. Just people like Alan McManus. If everyone could show the passion he does, then the game would be in a better place.’

Trump has won 11 ranking titles over the last two seasons, a level of consistency he plans to keep up for years to come, especially when the snooker calendar returns to a more recognisable one with events across the globe.

‘If I win less than five or six tournaments now, it will be classed as a bad season,’ he said. ‘There is a lot of expectation on me now, but I don’t see why not if I keep putting the work in.

‘This year and last year has been very hard as there are a lot less tournaments because of what has been going on. When things go back to normal and all of the tournaments are back on, I don’t see any reason why I can’t keep winning five or six events a year.’

Trump returns to the table at the Northern Ireland Open this weekend and whatever happens in the event he is set to regain the world number one spot from Mark Selby.

He believes he deserves to be there having won six more ranking events that Selby over the last two seasons, even though the Jester is the reigning world champion.

‘I still think I’m the best and until someone wins more tournaments in a calendar year than me I will count myself as the best. I think that is the way it should work,’ said Judd.

Trump is looking to win his fourth straight Northern Ireland Open after, remarkably, beating Ronnie O’Sullivan in each of the last three finals, all finishing 9-7.

Lifting the trophy three times on the bounce is impressive enough, but Trump knows that to do it by beating the Rocket each time makes it even more special.

‘The tournament is hard enough to win anyway, but to beat him takes it to the next level.’

The Northern Ireland Open begins on Saturday 9 October with Trump playing his first round match the following day.