IT'S that time of year, folks. The Flat season is beginning to wind down and the jumps action is hotting up.

We will be bringing you plenty of stable tours in the coming days and weeks – next up is multiple Grade 1-winning trainer Warren Greatrex. 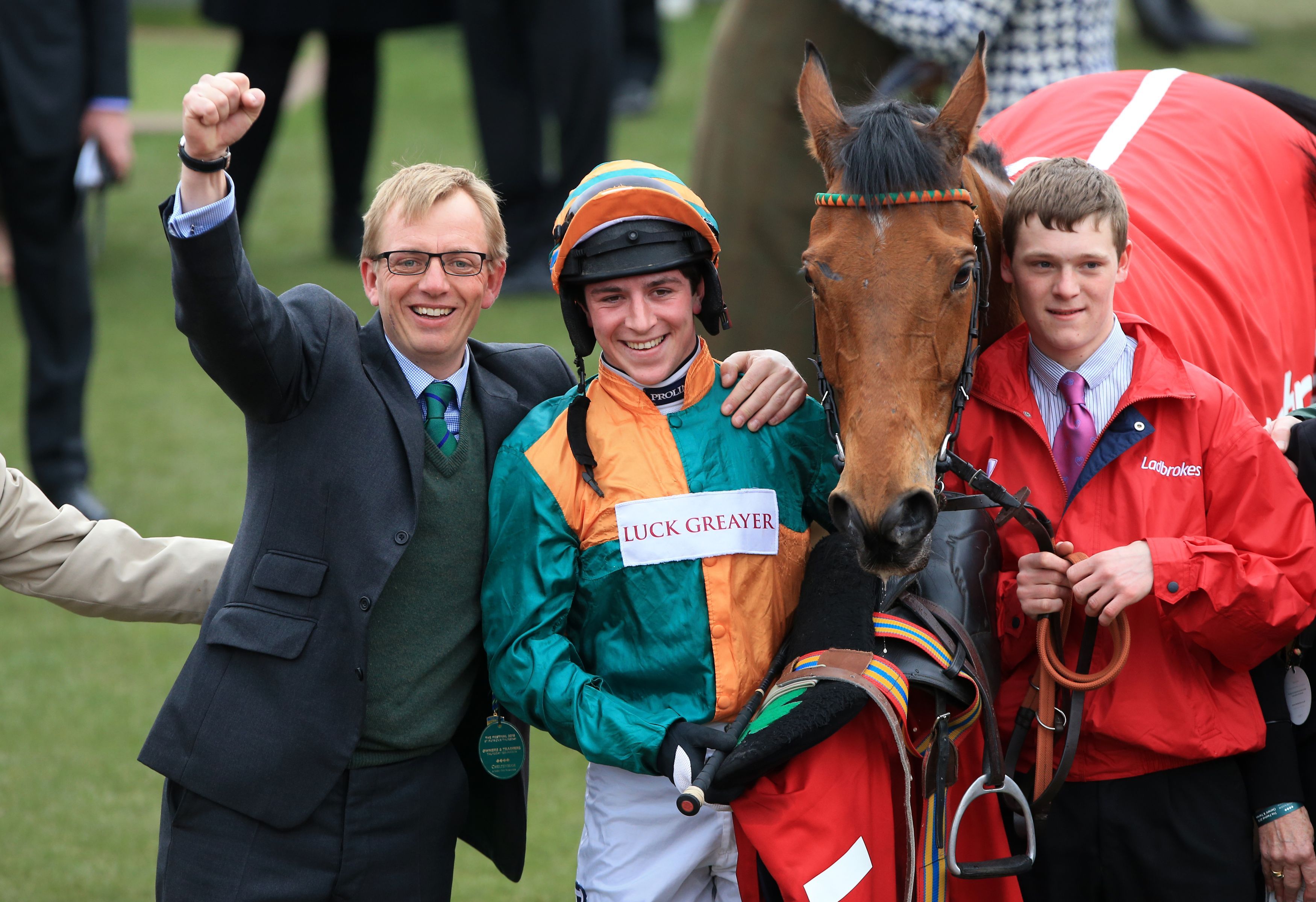 "He took a bit of a liberty over his hurdles at times, he would lack a bit of concentration, but he has always schooled over fences so we were confident he would take to them and it gives him something to look at the whole race.

"I was hoping he would do what we saw on Sunday. Initially I was gutted he got beat, but the way he went about it and the way he jumped was very pleasing. He got mugged by a horse who is probably pretty decent.

"He will go to Ffos Las on October 18 over two and a half miles again. Not winning first time out probably gives us a couple more runs to get experience into him before he steps up.

"He will be double the horse when we get him back up to three miles. He goes in any ground and he has a really good cruising speed, there won't be many better hurdlers going chasing this season.

"If everything goes to plan to the Kauto Star at Kempton on Boxing Day would be the first big target. He's a smart one."

"She had a tough season her first season over fences and it probably left a bit of a mark going into last year.

"I shouldn't have run her at Wetherby in the Charlie Hall, the ground was dreadful that day, I probably got swept up in the all the hype as she'd had a great novice season and everyone was looking forward to seeing her.

"That put her on the back foot a little bit and I was trying to look after her after that, running her over two and a half. But she wants three miles now.

"She came back in this year looking brilliant. She has had a lot of wars and going to Perth I was thinking 'does she still have the zest?'. It was disappointing to get beat but the positives were, yes she does have the zest for it still, and she jumped well on the whole bar the last.

"Dickie said from halfway he thought her wind was giving her a bit of grief. She had her wind done two years ago, and we gave her another wind op last week.

"The plan for her is to run in the Charlie Hall, ground dependant. I still believe she has a big race in her.

"It's her last season in training, so her trainers are mad-keen to give her every chance of winning something big. The new mares' chase at Cheltenham could be her swansong, she may even be in foal by that point, but that would be the dream.

"She is irreplaceable. She has been here since she was three so she is part of the family. She has never shirked anything we have asked of her and she is as hard as they come." 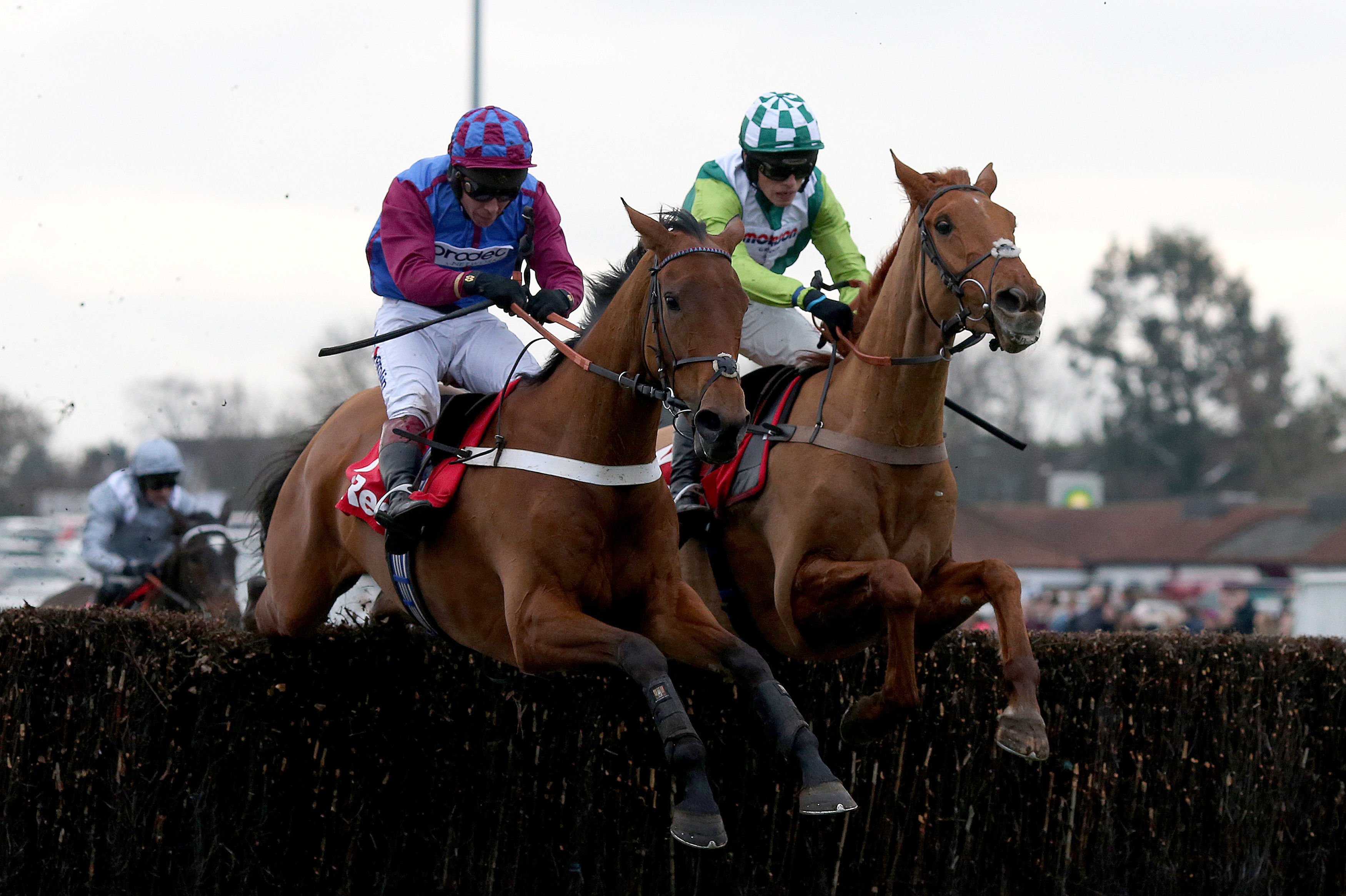 "He's a horse who loves soft ground and he stays extremely well. Adrian Heskin was adamant he was going to win when he fell at the last at Haydock on his last start. After that he just had a problem with a corn which meant we had to miss Cheltenham.

"We'll start him off over hurdles and hopefully we will get some proper winter ground with him. We may go chasing, but I think he has the potential to make up into a Stayers' Hurdle calibre horse.

"He won the bumper at Aintree a few years and he's always been a nice horse, he just needs a bit of luck.

"It wouldn't surprise me if we ended up targeting something like the Long Walk Hurdle at Ascot with him. It's a specialist division and I think he fits the mould well.

"We still have a lot of belief in him. He's a joy to deal with as he is such a nice horse, it's been such a pain that he has had niggles that have kept him off the track. But he's stronger this year than he's ever been.

"He may be ready before Betfair Chase day, but we could potentially start in the valuable handicap hurdle at that meeting, that would be right up his street."

"He is in good shape and he will be on the money ready for Charlie Hall day.

"He goes well fresh and hopefully ground isn't too soft at Wetherby because he likes decent ground.

"He had a good season last year, he won a valuable race at Haydock first time out and ran well behind Frodon at Kempton.

"No doubt he will have another productive year and win a nice race or two, but he's just one who will have his targets determined by the ground."

"He ran a great race to finish third in the Kim Muir at Cheltenham. It's one of those where if his jockey knew him a bit better I think he'd have won.

"He has a high cruising speed, he jumps well and he is a dour stayer. It took a while for the penny to drop, he was called a lot of names when he was younger, but I think it was just immaturity.

"He'll go to Cheltenham at the end of the month for the three-mile handicap chase and he will be given an entry in the Ladbrokes Trophy.

"Everything will be geared towards the Grand National. He's rated 142 so he will need to go up a few pounds to definitely get in, but he has a lot of ability and it is all starting to click now.

"We might give him an entry in the Becher, but knowing him a bit he may be better going to Aintree without seeing the fences. Sometimes if horseshaven't had a good experience the first time they see them they tend to back off a touch next time.

"I've only had two runners in the National, but he looks a perfect type for it. He has a good cruising speed so can hold his position, he jumps well and he is a very strong stayer."

T&Cs: New customers only. Place your FIRST bet on any sportsbook market and if it loses we will refund your stake in CASH. Max refund for this offer is £20. Only deposits made using Cards or Apple Pay will qualify for this promotion. T&Cs apply. Paddy's Rewards Club: Get a £10 free bet when you place 5x bets of £10+. T&Cs apply. 18+ Begambleaware.org

"I think we will be quite strong in the spring as I bought a lot of three-year-olds.

"We like a horse than ran in a couple of bumpers last year called Full Spes. He was very immature last year so we have given him plenty of time.

"He should go close in a bumper at Huntingdon next week and we think he will make up into a nice hurdler.

"We have some nice fillies, one called Lucy In The Sky, she will be ready to run in a bumper in the not too distant future.

"Audacity won a Listed bumper at Cheltenham last year and has loads of ability. We will put a line through he hurdles debut at Fontwell, he got a bit of a bang to the knee. He will be well schooled and we still have high hopes for him."