HARRY KANE has failed to score in his opening four Premier League games after blanking against Chelsea.

It is the first time he has gone four league games without scoring since the opening start to the 2015-16 season. 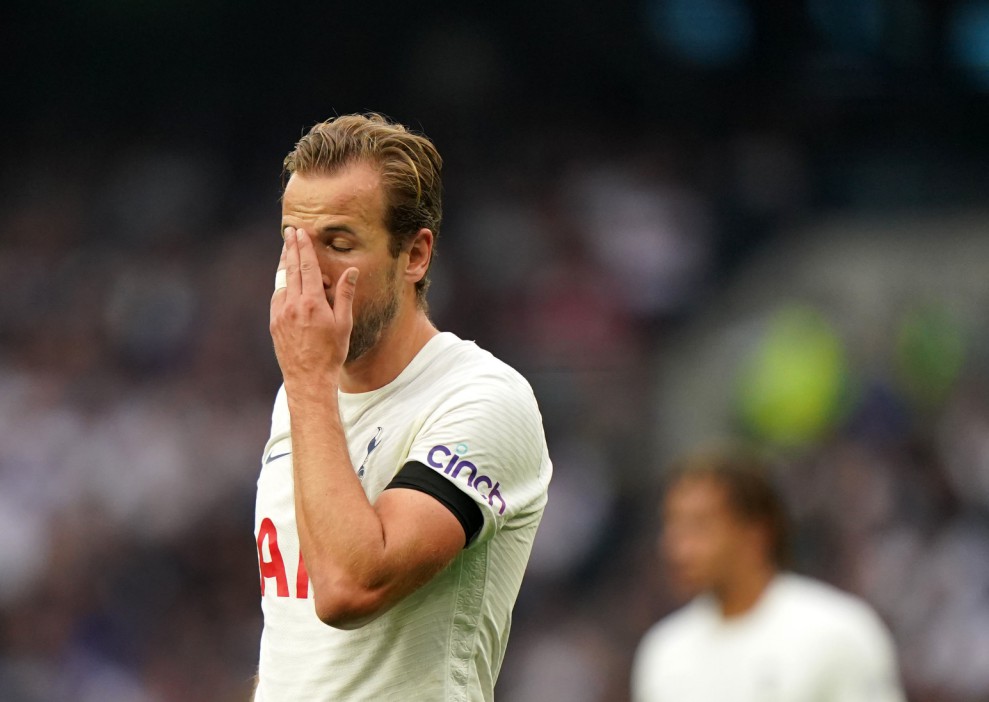 Kane, 28, notoriously used to struggle scoring in August, but now he is in danger of not scoring until October after missing Tottenham's first two league games.

Spurs have struggled since he returned to the side too, losing their last two games by a 3-0 scoreline.

Kane is far from his best and has mustered just four shots in total.

In the defeat to Crystal Palace last week the England captain even failed to touch the ball in the opposition penalty area.

Embarrassingly, Chelsea left-back Marcos Alonso has more touches in the opposition box than Kane this season.

It appears Kane is suffering a hangover, possibly from an energy-sapping Euro 2020 campaign which meant he did not have much of a pre-season.

Alternatively, speculation linking him to Manchester City may have derailed his mentality over the summer.

It is possible he still is not fully focused on Spurs, particularly as Daniel Levy reportedly broke a promise he made to let Kane leave.

"There's as if there is a bit of a hangover from the summer, that would be my concern if I was the manager.

"The manager should have dragged him off!

"You have to put a marker down to the player, if you're not doing what I want you do to, get off!"

His only goals this season came against Pacos Ferreira in a qualifying match for the Europa Conference League.

Getting Kane fit and firing is key to Spurs' success so Nuno Espirito Santo must work out a way to get the best out of him.