KATIE TAYLOR is one win away from the biggest fight in women's boxing and a potential headline slot at Madison Square Garden.

The Ireland legend, 35, defends her undisputed lightweight crown against mandatory Jennifer Han on Saturday in Leeds, home of the Elland Road football team she grew up adoring. 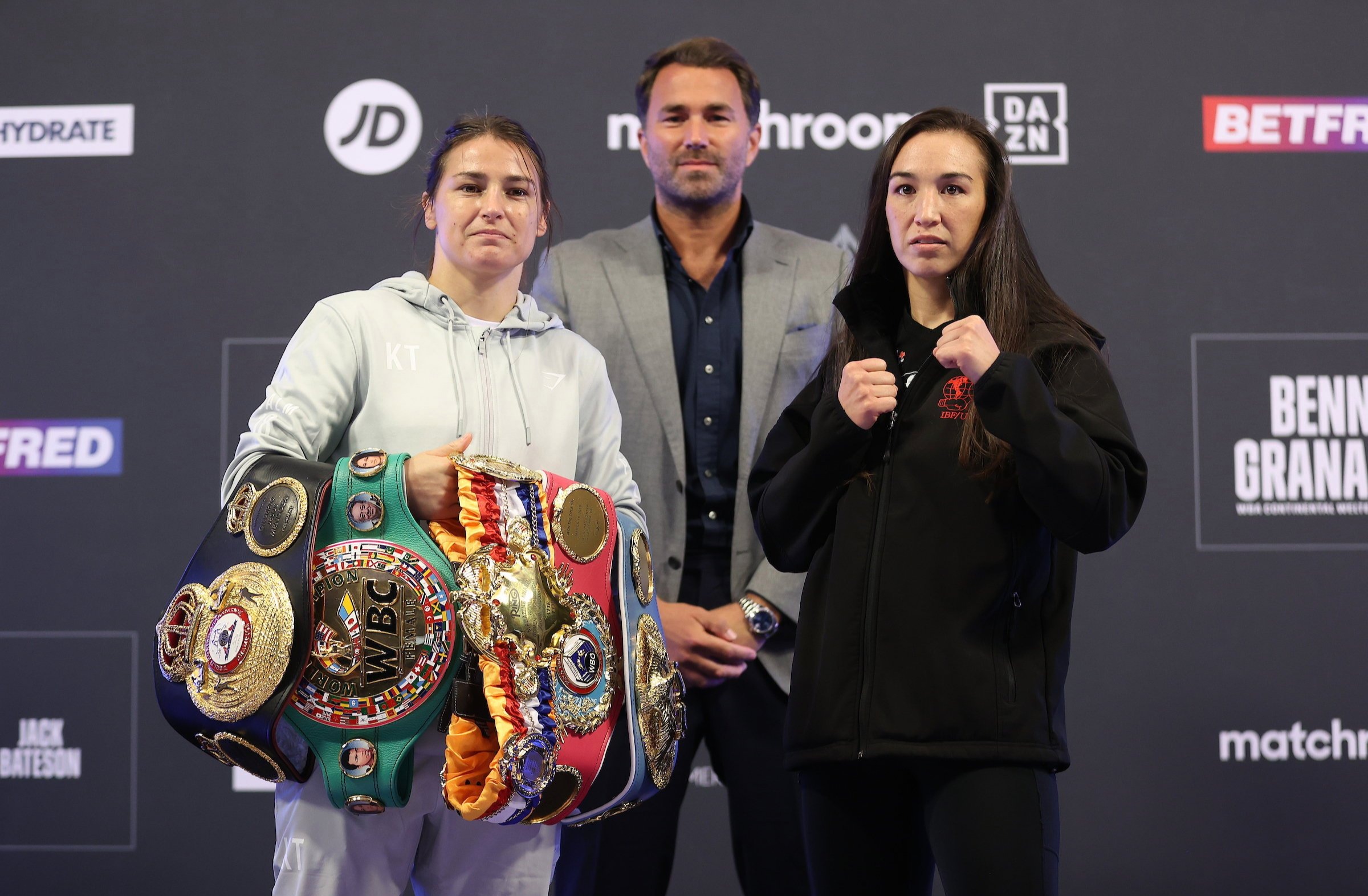 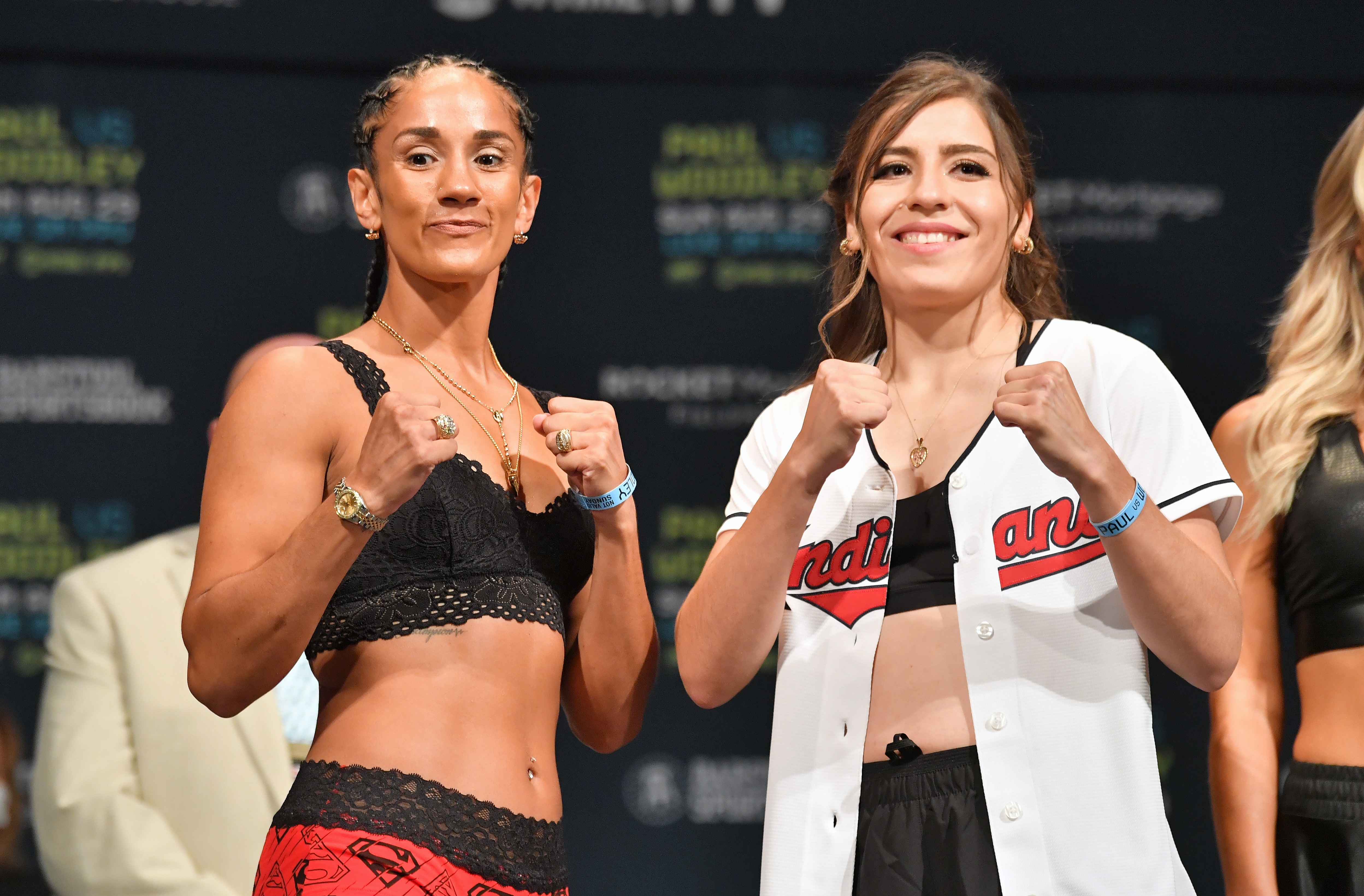 And promoter Eddie Hearn believes victory will tee the London 2012 golden girl up for a clash with SEVEN-weight champ Amanda Serrano next year.

Despite Serrano’s incredible haul from super-fly to super-light, her previously low profile and paydays meant arranging a purse split with icon Taylor was a tall order and a summer 2020 clash was bitterly cancelled over cash.

But Serrano has since enjoyed an MMA win, defended her unified featherweight titles and boxed on the mega-money Jake Paul vs Tyron Woodley PPV undercard, helping Hearn now see the pounds, dollars and sense.

The Matchroom boss said: “Katie Taylor vs Amanda Serrano is the biggest fight in women's boxing, by a country mile, and that is a fight that could headline Madison Square Garden.

“We are trying to get that fight over the line but it is so difficult to do.

“Thankfully Amanda Serrano’s value has significantly increased since we first made that fight so let’s see if we can get it made.”

Hearn even compares Taylor’s A-side appeal and superior worth to that of Anthony Joshua’s when he was trying to arrange undisputed clashes with Deontay Wilder and Tyson Fury.

He said: “Making Katie vs Serrano is a bit like when we tried to make AJ vs Wilder initially and even Tyson Fury."

“Those fights were really 70-30 splits but then Fury essentially beat Wilder in the first fight and then slaughtered him in the second and then we say ‘fair enough, it’s now 50-50’.

“I do not believe we are there with Serrano but there was a point when I felt that fight was an 80-20 fight in Katie’s favour but the gap is closing because of what Serrano is achieving.

“Katie is not demanding silly money or trying to con Serrano, but we need to make sure we get her a record payday for that fight.”

'MUST MAKE SERRANO FOR MARCH'

One other option on the Bray legend’s table is stepping up to welterweight to challenge undisputed 147lbs champ Jessica McCaskill.

The American attended Thursday’s press conference in Leeds and Taylor made easy work of Christina Linardatou when she stepped up to super-light in November 2019.

So it seems adding a few more pounds could help her become an undisputed champion in two weight classes pretty easily – before hopefully retiring undefeated.

Hearn added: “There are mandatories to take care of but McCaskill was here at the press conference and if Katie moves up then she could become undisputed champion in two divisions.

“I see Katie having one more fight after this – it could be McCaskill but we also have a lot of mandatories – and then we must make Serrano for March or April.

“I want to see Katie get what she deserves, and I think she has so far.

“But I feel that seeing her headline Madison Square Garden – with a fight and payday like Serrano – would be the icing on the cake.