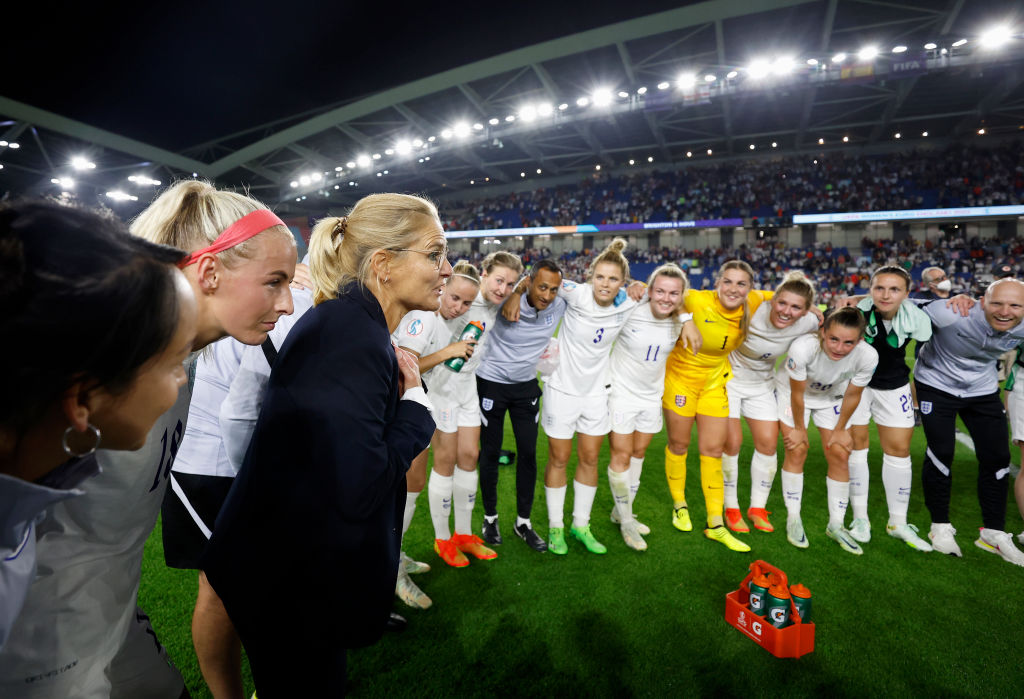 Former England star Karen Carney fears tonight’s Euro 2022 semi-final against Sweden will be anything but straightforward for the Lionesses.

Are you over the rollercoaster of the Spain quarter-final?

I think we’re in for another! Sweden are very good at defending. Three of the four quarter-finals went to extra-time and the semis and final will be even tighter. I hope I’m wrong and England win by a few goals!

Will manager Sarina Wiegman name an unchanged XI once again?

There’s not been much reason for her to change the starting XI, only to have rested players in the group stage. But the first three games were seamless and I can see her reasoning. Sweden could be the ideal game for Rachel Daly at left-back but if Sarina does go for Alex Greenwood, I think that will be the only change.

She hasn’t frozen. Sarina is a Euros winner who knows when a spark is needed and there was no hesitation. But you don’t need to necessarily turn those subs into starters in the next match. I think she’ll stick with the team mainly as it was.

What represents success for the Lionesses at the Euros?

Like Gareth Southgate, she will be judged at the end of a tournament. The only way to judge her is at the end. My expectation of us is to be finalists, going one better than the three semi-finals we’ve had. Reaching the final at Wembley is the minimum requirement.

Tonight’s game is going to be another tough test, isn’t it?

The style we play will suit Sweden and us going at them will help them play their transitional game. Sweden haven’t hit the ground running but they deliver.

Who have been England’s best players so far?

Almost all have been an eight out of ten but Keira Walsh and Millie Bright have been tens. Keira controls midfield and Millie has been up there as one of the best centre-backs in the tournament.

Research from Booking.com shows 85 per cent of England fans say the growth of the women’s game has made playing in the world’s top leagues a realistic career ambition for women and girls