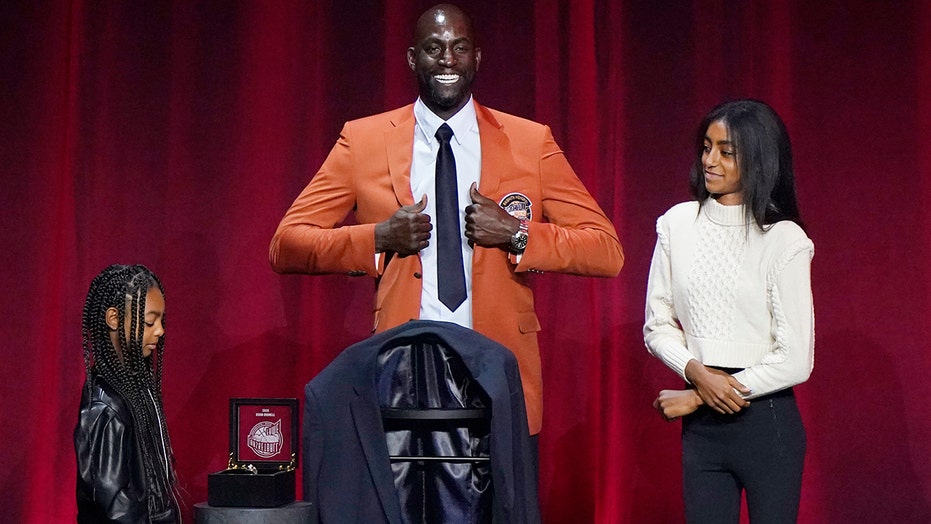 NBA legend Kevin Garnett was enshrined into the Naismith Memorial Basketball Hall of Fame on Saturday night, and during his speech, he made it a priority to mention some of his former teammates.

However, Garnett appeared to intentionally exclude two of his former teammates from the Boston Celtics team that won the NBA title in 2008. Garnett mentioned former Brooklyn Nets teammates Brook Lopez and Joe Johnson but failed to acknowledge Ray Allen or Rajon Rondo, who were two instrumental pieces in Boston’s championship run.

Even though the Celtics managed to win the title, Garnett and Allen reportedly had a falling out after they lost in seven games to LeBron James and the Miami Heat in the 2012 Eastern Conference Finals. Allen was a free agent that summer and ended up joining the Heat, which drew backlash from Celtics fans as well as Garnett.

Garnett not mentioning his former teammates drew instant reaction from people tuning in.

When Garnett was the No. 5 overall pick of the 1995 NBA Draft, he became the first player to be drafted out of high school in 20 years, and he stepped into a starting role with the Minnesota Timberwolves and made an impact right away. Garnett guided the T’Wolves to eight straight playoff appearances, and in 2004 when he won the NBA MVP, he led Minnesota to the Western Conference Finals.

Garnett, the 2008 Defensive Player of the Year, is one of only four players in league history to have nine NBA All-Defensive first-team selections. The other three players are Michael Jordan, Kobe Bryant, and Gary Payton.

“The Big Ticket” spent 12 seasons with the Timberwolves, before joining the Celtics. In his first season with Boston, Garnett, along with Paul Pierce, Allen, and Rondo led the Celtics to an NBA title. Garnett finished his career as one of the greatest all-around power forwards in NBA history.