KHABIB NURMAGOMEDOV has shown off the true extent of the broken foot he suffered just over a fortnight before beating Justin Gaethje.

The undefeated lightweight champion stretched his MMA record to an incredible 29-0 with his second-round submission victory at UFC 254 on Saturday. 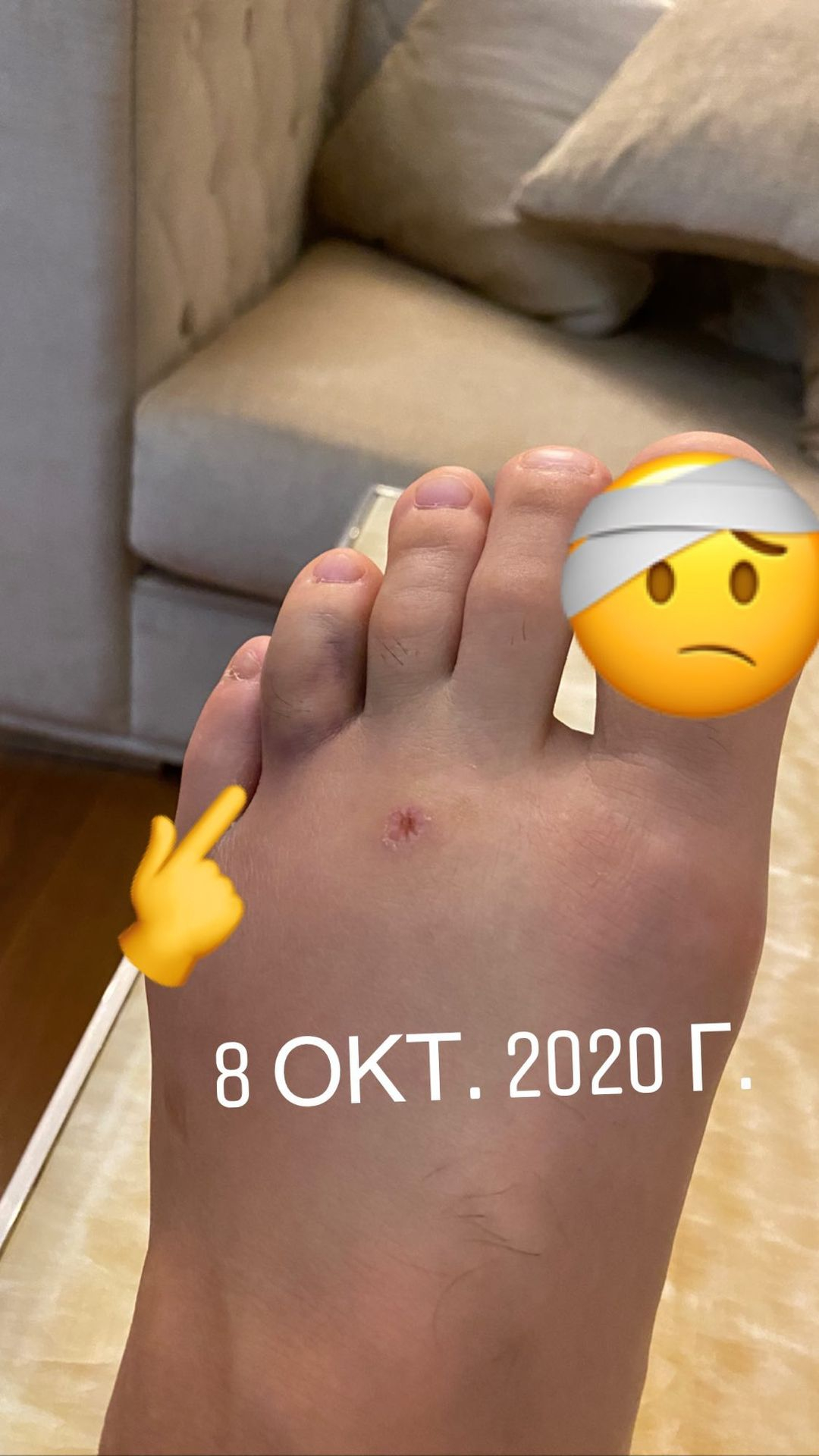 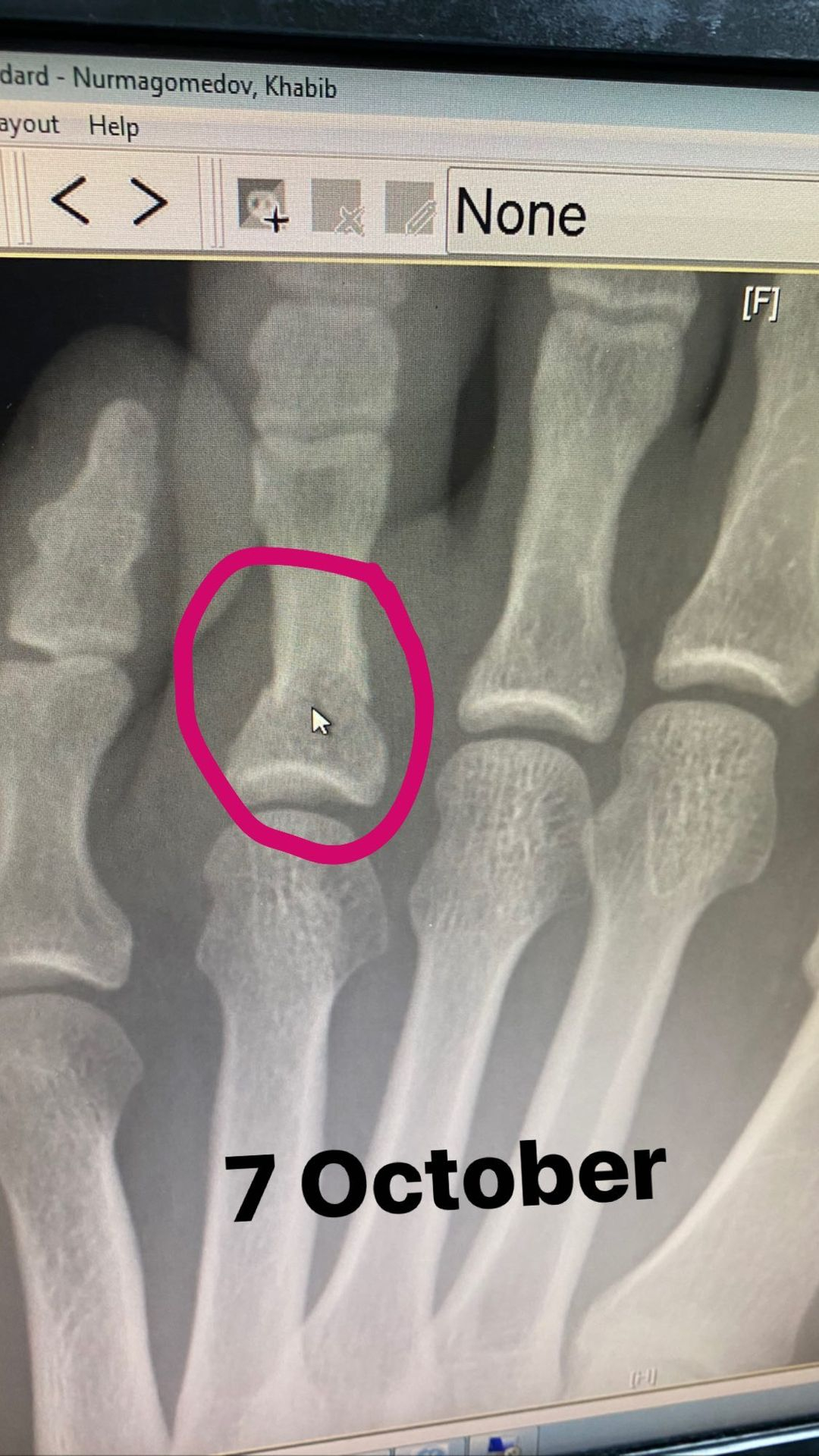 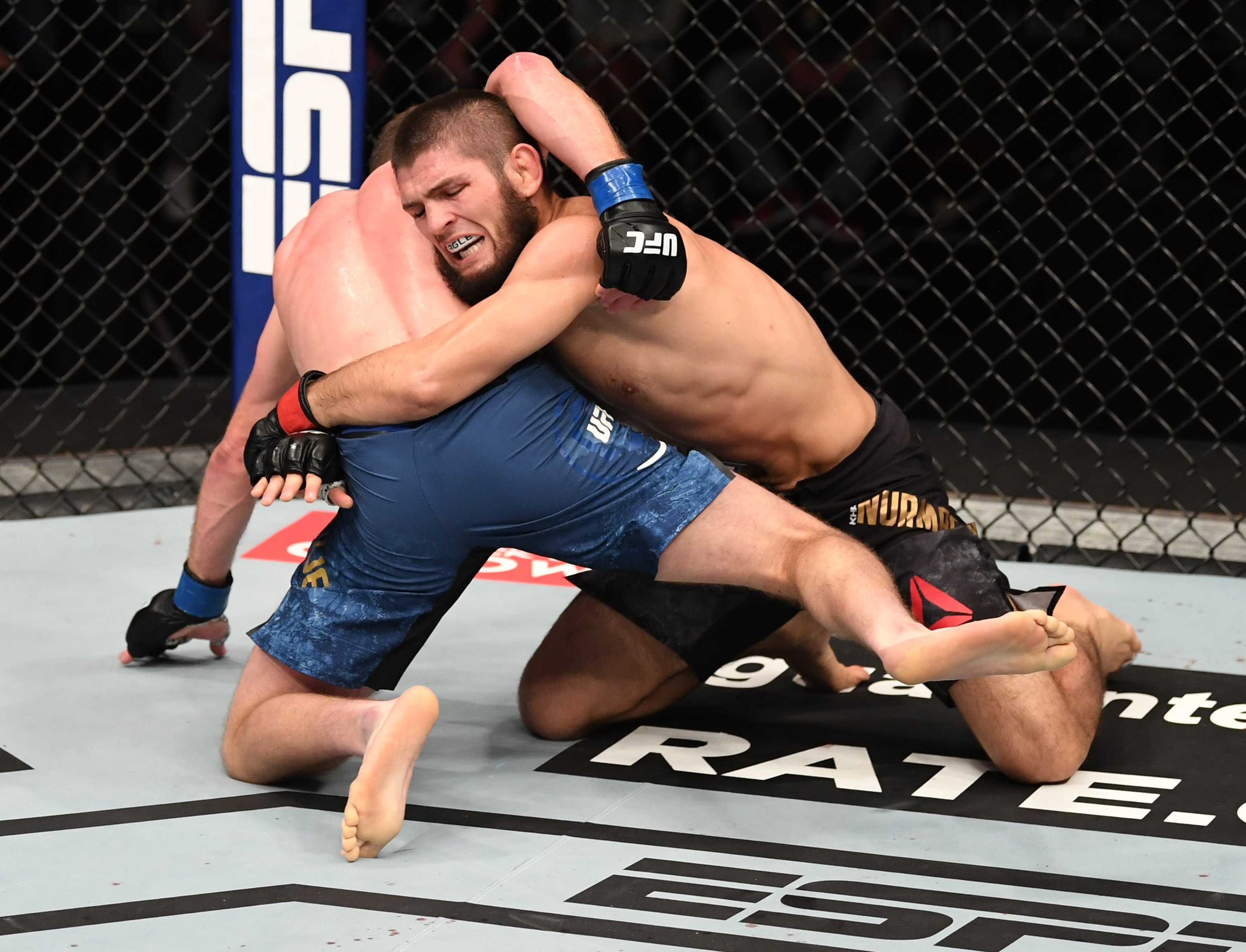 Afterwards he vowed to keep a promise to his mother that it would be his final fight following the recent death of his father and trainer Abdulmanap.

UFC president Dana White was the first person after the event to reveal Khabib had broken his foot just 16 days prior to the Gaethje clash.

Now the Russian has shared pictures on his Instagram page to show the true damage to his left foot.

Khabib, 32, posted a picture of an X-ray with a broken toe and another snap of his swollen foot, with them dated October 7 and 8 respectively.

White had said: “What this guy's been through, we're all lucky that we got to see him fight tonight.

“And I'm hearing rumours of other things that I didn't know about that you guys will hear about when he comes out later.

“Apparently, he was in the hospital. He broke his foot. Three weeks ago.

“He is one of the toughest human beings on the planet and he's the No1 pound-for-pound fighter in the world.”

Khabib, who received a hefty £4.6million for the win, also added to his ever-increasing fan base with his decision to choke out Gaethje.

Former UFC heavyweight champion Daniel Cormier, who trained regularly with him, says he applied the triangle choke that won him the fight after opting against an arm-bar as he did not want to inflict unnecessary pain on his opponent in front of the American's watching parents.

Khabib broke down afterwards as he fell to his knees before pointing to the sky and seemingly paying tribute to his late dad, who trained him since he was aged three, before announcing he was retiring. What happened to The Weeknd's face?
Lifestyle