LeBron James said that the NBA general manager who posted a tweet in support of the democratic protesters in Hong Kong “wasn’t educated on the situation at hand.”

The comments by the basketball star add fuel to the ongoing fire over the NBA’s ties to China and free speech.

“I don’t want to get into a [verbal] feud with Daryl Morey, but I believe he wasn’t educated on the situation at hand, and he spoke,” James said Monday, referencing the Houston Rockets general manager who posted the tweet in support of the protesters.

“And so many people could have been harmed not only financially, physically, emotionally, spiritually. So just be careful what we tweet and say and we do, even though, yes, we do have freedom of speech, but there can be a lot of negative that comes with that, too,” James said to reporters before a game on Monday night.

When pressed about those comments, James said that he was basing his thoughts on his belief.

“I believe he was either misinformed or not really educated on the situation, and if he was, then so be it. I have no idea, but that is just my belief,” he said. 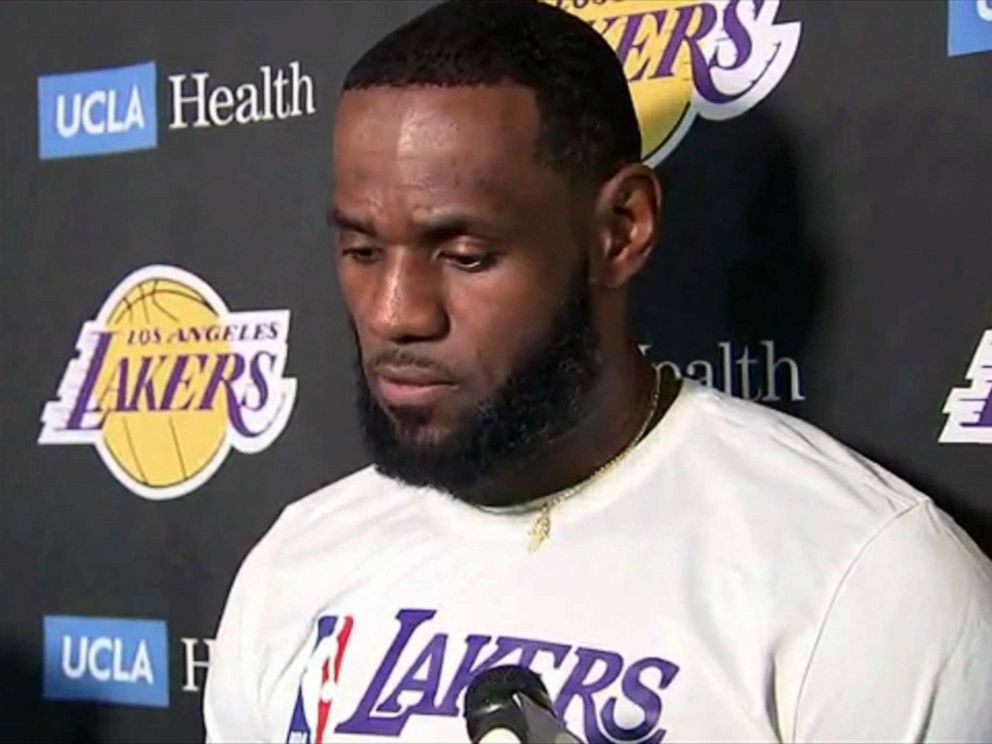 Morey’s tweet has prompted widespread outcry since it was posted on Oct. 4, and it included an image with the slogan “FIGHT FOR FREEDOM STAND WITH HONG KONG.” He took down the tweet within hours after posting it and in a subsequent Twitter posting said he did not “intend my tweet to cause offense to Rockets fans and friends of mine in China.”

“I was merely voicing one thought, based on one interpretation, of one complicated event. I have had a lot of opportunity since that tweet to hear and consider other perspectives,” Morey said.

China is a huge market for the NBA, and considering the Chinese government is in opposition to the protesters in Hong Kong, and prompted ripple effects between China and the NBA as a result.

Morey’s tweet prompted an angry response from several Chinese companies that sponsor the Rockets, including sporting goods manufacturer Li-Ning and Shanghai Pudong Development Bank, which both announced they are suspending their relationships with the Rockets.

CCTV and internet giant Tencent — who inked a five-year, $1.5 billion deal in August to stream NBA games in China — both said they will not show Rockets games.

The NBA is the No. 1 sports league in China and big business for the league with at least 25 marketing partnerships and 200 NBA stores.

NBA revenue from China is estimated to be in the hundreds of millions, which is part of the basketball-related income that is shared with the league’s players.

After his initial comments were met with criticism, James continued to address the issue on Twitter.

“Let me clear up the confusion. I do not believe there was any consideration for the consequences and ramifications of the tweet. I’m not discussing the substance. Others can talk About that,” James wrote in a tweet.

“My team and this league just went through a difficult week. I think people need to understand what a tweet or statement can do to others. And I believe nobody stopped and considered what would happen. Could have waited a week to send it,” he tweeted.