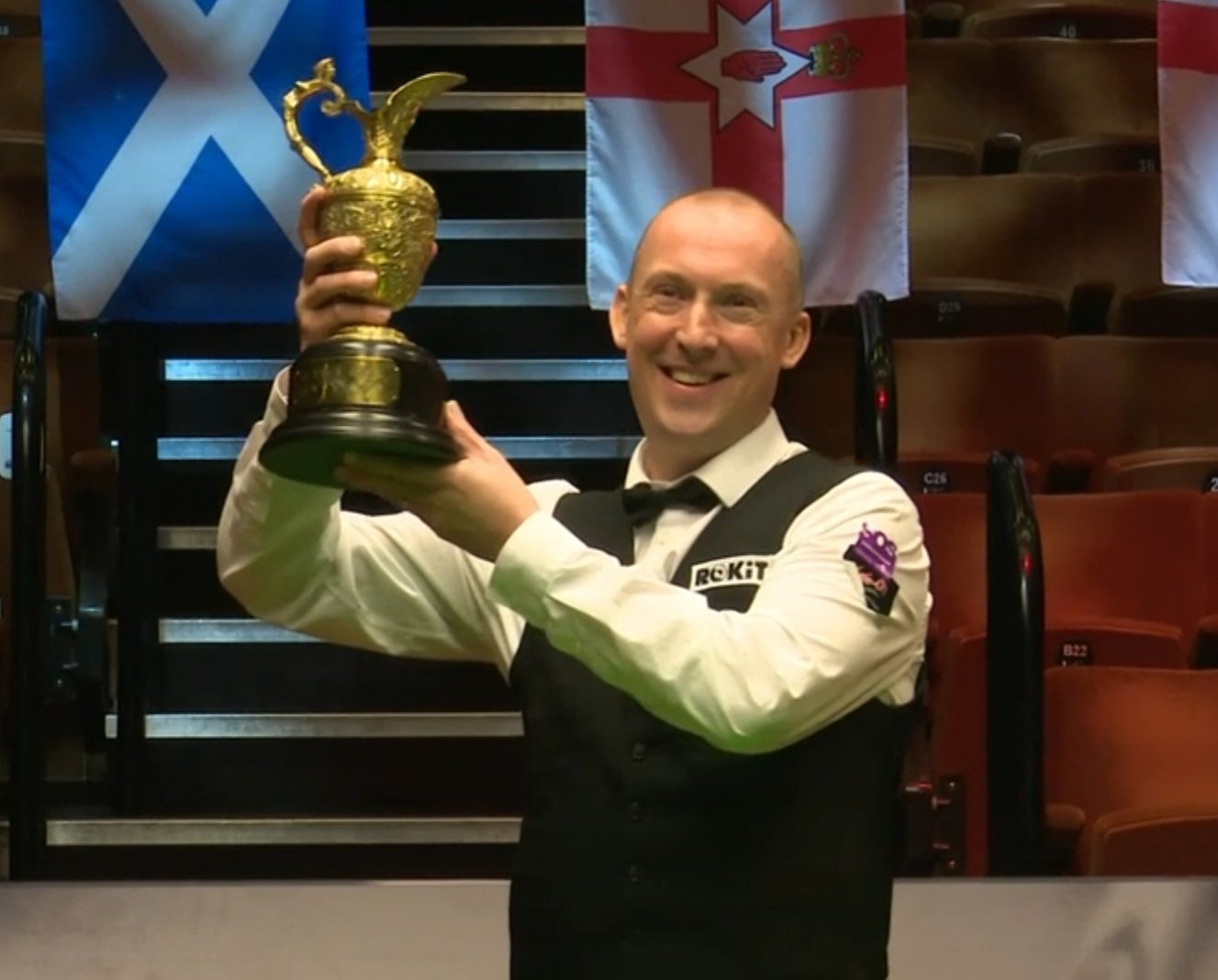 David Lilley was overwhelmed with emotion after beating his hero Jimmy White to win the World Seniors Snooker Championship on Sunday night, downing the defending champion 5-3 in the final.

White had won the previous two editions of the tournament and had dropped just two frames on his way to a third straight final, comfortably seeing off Tony Knowles, Darren Morgan and Igor Figueiredo.

45-year-old Lilley was making his first appearance in the competition and had beaten Philip Williams, pre-tournament favourite Ken Doherty and Patrick Wallace en route to the clash with the Whirlwind.

The former English Amateur champion laid down a marker in the opening frame, making a break of 74 and scrapped his way into a 3-0 lead in the race to five.

The Whirlwind is never blown away easily, though, coming back from 4-0 behind to beat Doherty 5-4 in last year’s final and he showed his fighting spirit once again.

Breaks of 85, 63 and 56 saw the Londoner move level and gain all the momentum, but Lilley did brilliantly to snuff it out.

White had a chance to move ahead for the first time in the seventh but the man from the North East pinched a tight frame then made 69 in what turned out to be the final stanza to claim the title.

Lilley was struggling for words after beating his snooker idol and claiming the £15,000 top prize.

‘I’m a bit speechless, I didn’t think I’d get this emotional, to be honest,’ Lilley told the BBC.

‘I just went back to basics, walk into the shot, try and stay as still as you can, pause on the back swing and just point and shoot, try and execute the right way every time.

‘It was the concentration that kept me going because if I wasn’t doing that I’d have just fell apart.

‘I didn’t really start to believe I was any good until I was in my early twenties, really. I’m just so happy.’

Magnanimous in defeat, White saw an 11-match winning run ended by Lilley but paid tribute to the new champion for an impressive performance.

‘He played very well,’ said the 59-year-old. ‘The first three frames tonight a couple of them I played a few bad safety shots, but he played very well he’s very strong, I was lucky to get back to 3 each, he played well the last frame, good luck to him.