LIONEL MESSI has revealed he will return to Barcelona one day in his first social media post since leaving the club.

The Argentine superstar, 34, announced his departure in an emotional press conference on Sunday. 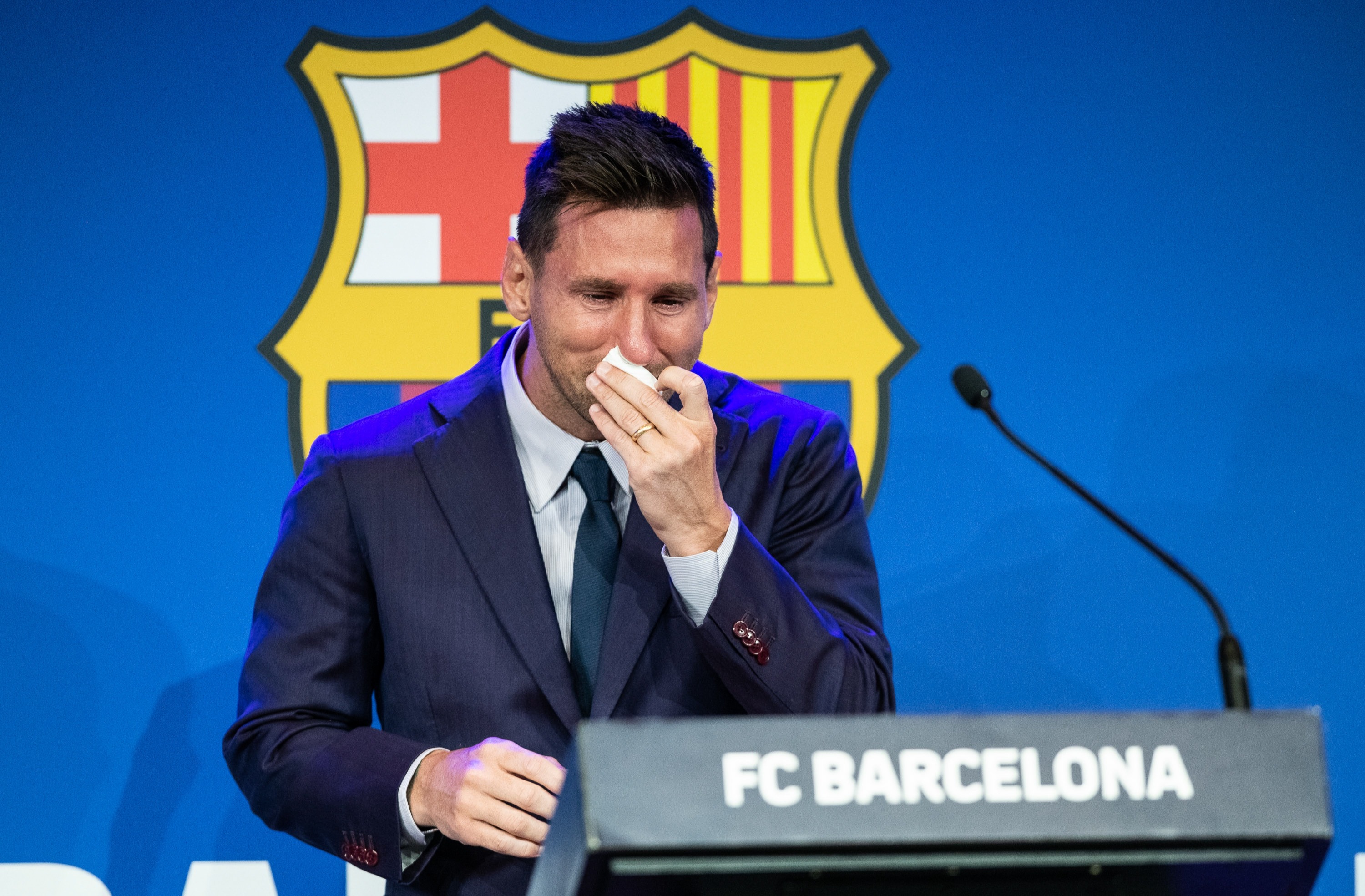 But Messi insisted he will come back to Barcelona at some point in a message on Instagram.

Alongside a photo of him at the presser, he added the caption: "I would have liked to leave in another way, although I suppose that a farewell can never be something nice.

"I would have loved to continue here, I did everything with that objective and in the end it did not happen.

"I only have words of thanks for all those who have accompanied me in so many years at the club.

"And for our fans, that they gave me all their love and that I tried to give it back to them, also giving everything for this shirt.

"I'm leaving but it's not goodbye, just see you later. Long live Barca!!!"

Messi's social media message comes just hours after he addressed the world's press where he said: “I was convinced to stay here at Barcelona. This is my home, our home.

"I wanted to stay at Barca and it was the plan… and today I’ve to say goodbye after my entire life here."

It's understood Ligue 1 champions Paris Saint-Germain are on the verge of bringing Messi to the Parc des Princes.

The Parisians have already held talks with Messi's father Jorge – who acts as his agent – over a move to the French capital.

Four-time Champions League winner Messi is understood to have been offered a two-year contract worth £30million.

And the 34-year-old admits a move to Paris is currently being discussed.

He said: “Paris Saint-Germain is a possibility, yes.

"At the moment nothing is confirmed, I received lot of calls after Barcelona statement. We’re talking about it.”

Messi, who is currently a free agent, was on course to extend his 20-year stay with Barca after agreeing a reduced five-year deal.

Talking about the situation, he added: "My new contract was done. All done. I wanted to stay and when I come back from holidays, it was done.

"Then it’s how [Joan] Laporta explained it. At the last minute, with everything with La Liga, it couldn't happen.

“I’m really sad because I didn’t want to leave this club. I love Barcelona and I wanted to stay, my contract was ready.

"I did everything in my possibility to stay.”