LIVERPOOL were handed another injury blow as Curtis Jones was brought off injured against Osasuna.

The midfielder, 20, was replaced by Ben Woodburn, 21, on the half hour mark after a collision. 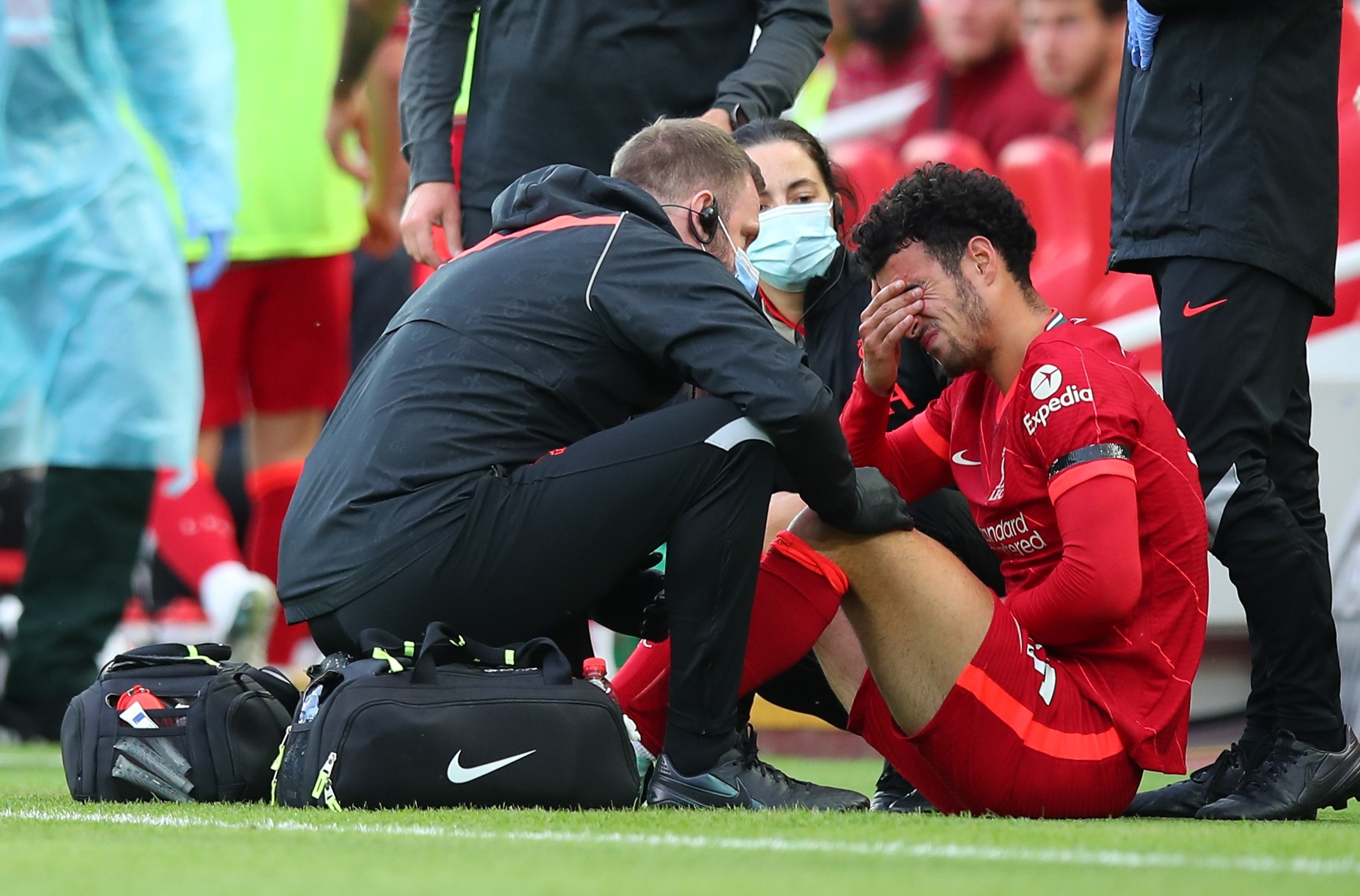 The injury didn't stop the Reds from winning their final game of pre-season ahead of the new campaign – which sees them face newly-promoted Norwich City on Saturday.

Osasuna defender Jesus Blanco scored an own goal to get the Reds off the mark before Roberto Firmino scored twice before half-time in a 3-1 win.

But Jones injury will only add to Jurgen Klopp's woes having seen left-back Andrew Robertson hobble off in their 1-1 pre-season draw against Athletic Bilbao.

The defender underwent a scan and provided fans with an update online.

Robertson, 27, tweeted: "Thanks to everyone for the kind messages and support.

"Scan suggests nothing too major but there’s some ligament damage which will need to mend.

"I will be grafting every day so I can help the team again sooner rather than later. Good luck to the boys playing tonight."

Robertson rolled his ankle when attempting to stop a cross and was left in a heap on the floor.

He was then substituted at half time for youngster Owen Beck as Jurgen Klopp took no chances with him as the new Premier League season fast approaches.

The Reds went on to draw that game 1-1 as Diogo Jota's 13th minute opener was cancelled out by Alejandro Berenguer Remiro's second half equaliser.

After the Osasuna friendly, Liverpool kick off their campaign away at newly-promoted Norwich City on Saturday.

Virgil van Dijk and Joe Gomez were both ruled out for the rest of the season before Christmas, while Joel Matip also repeatedly struggled with his fitness.

The crisis led Klopp to play midfielders Jordan Henderson and Fabinho as centre-backs, with both of them also picking up injuries at varying stages of the season.

Klopp has strengthened in the position this summer with the £36million signing of France Under-21 defender Ibrahima Konate.

The former RB Leipzig star did not feature against Bilbao, with Klopp naming a strong-looking back four consisting of Robertson, Van Dijk, Matip and Trent Alexander-Arnold.

But that quartet were swiftly broken apart once more following Robertson's first half injury.