DIOGO JOTA will miss Liverpool's remaining fixtures due to a foot injury, Jurgen Klopp has confirmed.

In Thursday's derby win over Manchester United, the Portuguese star netted the equaliser but was subbed off late on. 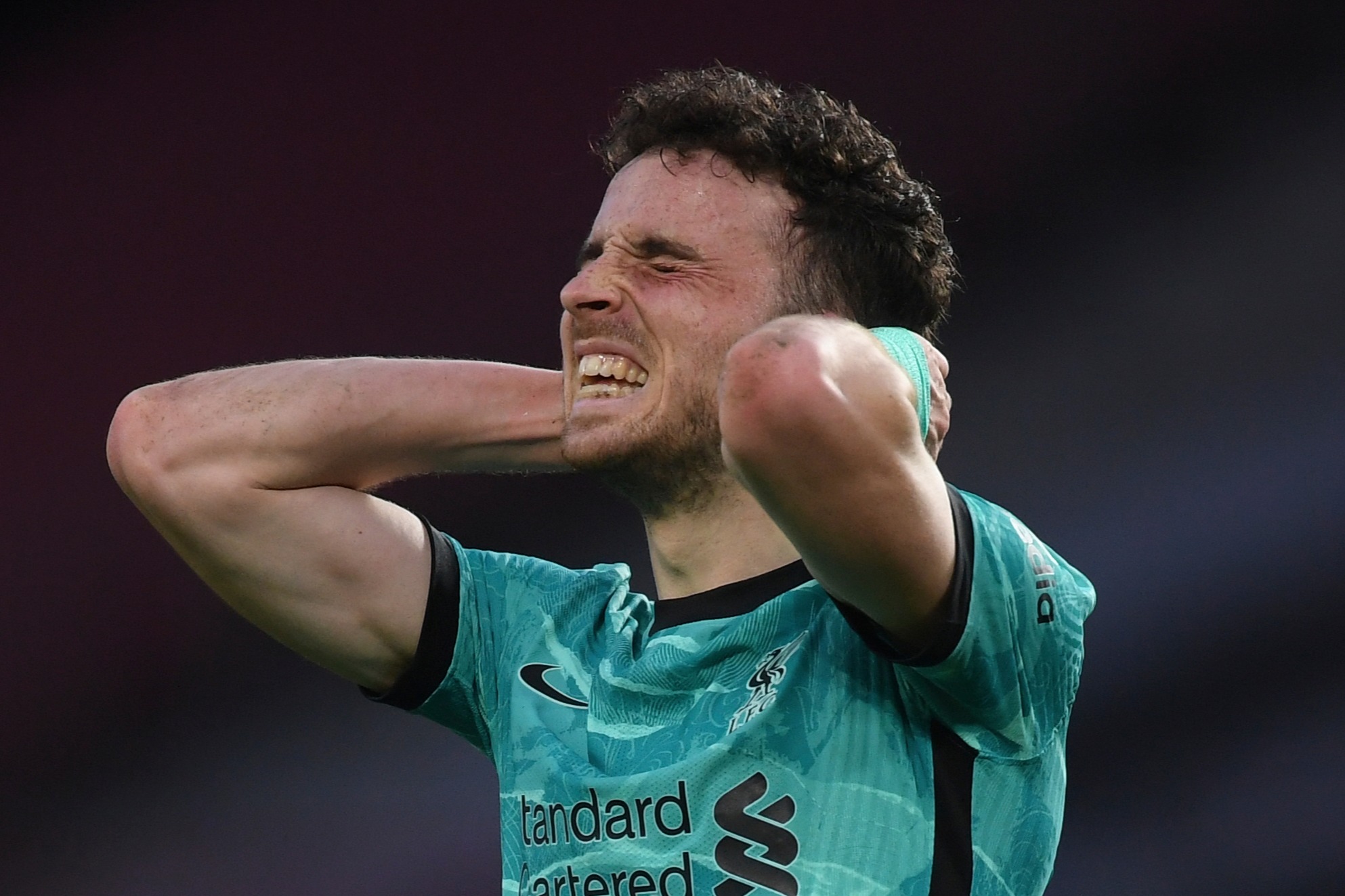 And he was missing from the teamsheet announcement on Sunday as Liverpool took on relegated West Brom.

Klopp said: “No good thing without a bad thing – so, we won at Manchester United but Diogo got something with the bone.

“Not too serious but serious enough to end the season. That’s it.”

Sadio Mane replaced Jota at Old Trafford and was fuming with Klopp's late decision to drop him from the line-up for the match, refusing to shake his manager's hand at full-time.

But the Senegalese winger was back in the XI for his 200th Reds start in the 4.30pm kick-off at West Brom.

Jota, 24, has starred for Liverpool since signing from Wolves last summer.

However injuries have restricted his game time and he has only been able to start 12 league matches, scoring 13 goals from 29 games in all competitions.

The fifth-placed Reds travel to the Hawthorns four points behind Chelsea in the race for the Champions League.

Tottenham and West Ham sat just a point behind as the game kicked off with local rivals Everton also in the mix.

Klopp's side see out the season away to Burnley on Wednesday before hosting Crystal Palace four days later.