Walt Anderson, who is NFL senior vice president of officiating training and development confirmed the news of Madsen’s passing in a statement. The cause of death was not immediately known. 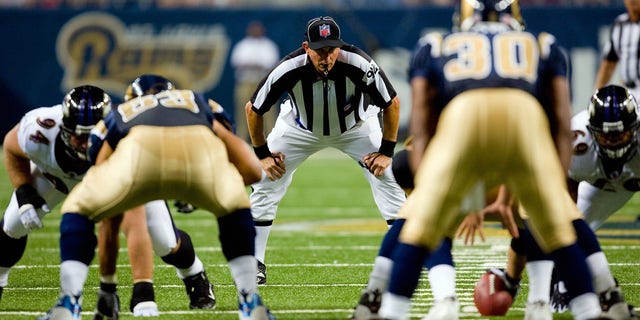 NFL Umpire Carl Madsen stands in position during game action between the St. Louis Rams and the Baltimore Ravens at the Edward Jones Dome on Aug. 23, 2008 in St. Louis, Missouri. (Photo by Dilip Vishwanat/Getty Images)

“A terrific friend and colleague, Carl’s love of football and dedication to officiating was ever-present, as he generously shared his time to mentor young officials at clinics across the country. A veteran of the Air Force, Carl had a tremendous spirit and will be greatly missed.” 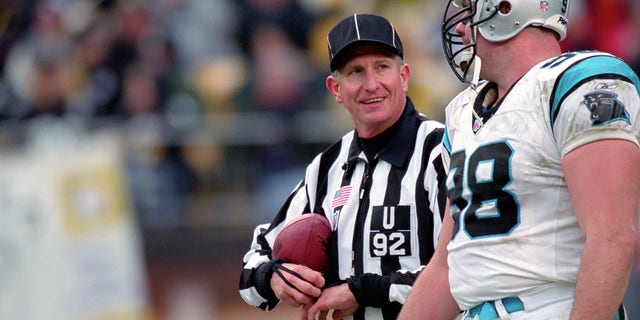 According to the NFL Network, Madsen died while “en route home” from the Titans game in Nashville. 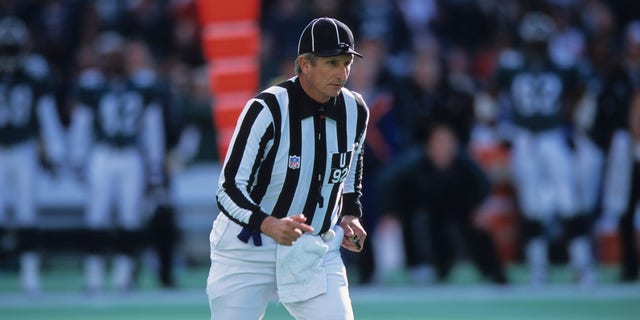 National Football League umpire Carl Madsen pursues the play during a game between the Washington Redskins and Philadelphia Eagles at Veterans Stadium on Oct. 8, 2000 in Philadelphia, Pennsylvania. (Photo by George Gojkovich/Getty Images)

Madsen served 12 seasons as an on-field official from 1997-2008, according to NFL.com. The following year he became a replay official. He worked three playoff games as an umpire and four more as a replay official.